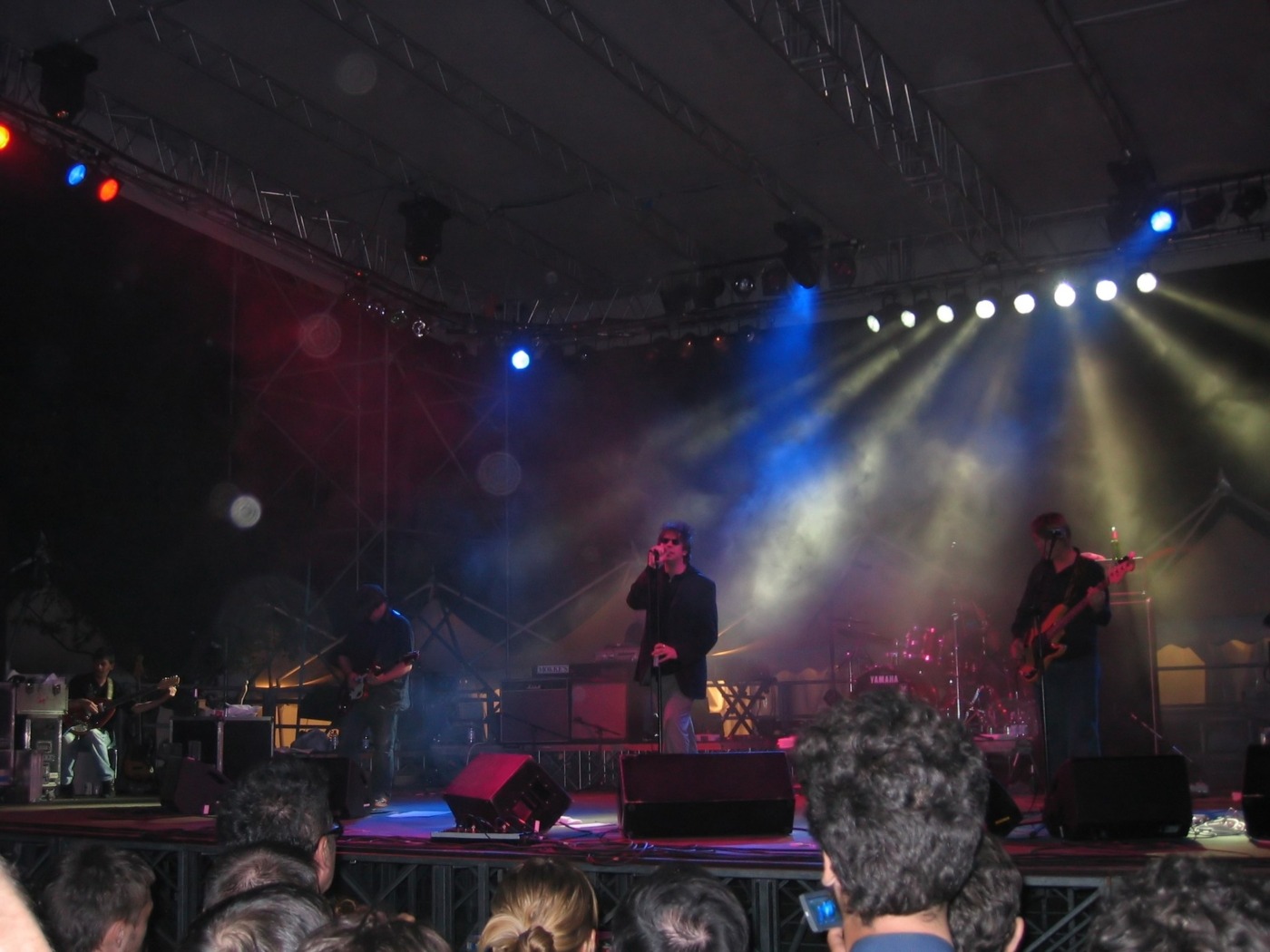 Echo and the Bunnymen live review: a night of greatest hits

It is a rare thing for an artist to be able to age like a fine wine in both looks and performing ability. More often than not, both aspects will decline, and it might not always be pretty. For Liverpool post-punks Echo and the Bunnymen, the ability to put on a good show that does justice to their past has doubtless remained through their hooky tracks and equally memorable lip. But that being said, the cracks were beginning to show in their recent riposte to Birmingham as part of their 40th-anniversary tour.

And as with any anniversary tour, the setlist was one of greatest hits. The band, or those two members who are still around — historically acerbic Ian McCulloch and affable lead-guitarist Will Sergeant — treated their audience to all the tunes that for many a 1980s post-punk or edgelord were the delight of night-time hours. The riff of ‘Rescue’ was as crystal-clear as ever, the heady drumbeat that rings through ‘All My Colours’ was still hypnotic, and even ‘Villiers Terrace’ was not marred by McCullochs diminished vocal range.

At their age, a ‘greatest hits tour’ need be nothing else but playing the songs fans love

Thanks to an impressive feat of lighting engineering, the silhouette of Echo and the Bunnymen’s lead singer, Ian McCulloch, doesn’t belie his age. That only became apparent when he sang or paused between songs for some often-stilted dialogue with the audience members who, for the most part, are similarly aged and withered.

Contrasting in a jarring and confusing fashion, the illuminated figure of Will Sergeant to the stage-right of McCulloch highlighted the latter’s near-invisibility for the audience. Maybe it was to keep up pretences of an emo mystique, or perhaps it was because McCulloch’s current image bears little resemblance to the earnest youth who fronted the band so long ago. There was no need for such qualms, though. His voice can still hold up for many of their iconic tracks, and backed up by Sergeant what remains of Echo and the Bunnymen is nothing to hide through stage lighting.

At their age, a ‘greatest hits tour’ need be nothing else but playing the songs fans love, and with that bar in mind, Echo and the Bunnymen delivered well. On their encore, we were finally treated to the songs everyone had been waiting for all night long. ‘The Cutter’ and, of course, ‘The Killing Moon’ were magic, but what brought a real smile to my face was seeing all the ‘blokes’ around me who weren’t embarrassed to have a little dance or to embrace their friends.

It was the set of a band who, whilst not quite at the end of their careers, are getting very close to it

On another track, ‘Nothing Lasts Forever’, the band transitioned into a cover of Lou Reed’s ‘Walk On The Wild Side’, a nice tribute for one of their core influences and a subtle reminder of just how far away the 1970s actually are. On more electric tracks like ‘Bring On the Dancing Horses’ or ‘Lips Like Sugar’ McCulloch might urge the audience to sing along to the chorus. Whilst this reviewer has never been a fan of such antics, it was clear many others were only happy to oblige McCulloch’s wishes. All around the (nearly sold out) venue the 50 and 60 somethings were dancing without a care for what their backs would feel like come the morning.

None of this is to say that Echo and the Bunnymen’s sound has aged poorly. With a setlist that quickly toured the audience through the band’s best years between 1980 and 1984 with mercifully brief deviations into their 1987 and 1997 works, their self-titled album and Evergreen respectively, this gig was the band in nostalgia mode and that was all their audience wanted. It was thanks, then, to its small dosage, sharp timing, and trim vocals that despite McCulloch’s diminished range, it worked.

The night wasn’t wholly memorable but considering the average age of those in the audience, that’s not a problem. It was the set of a band who, whilst not quite at the end of their careers, are getting very close to it. As McCulloch sings on one of their more prosaic tracks, “nothing ever lasts forever.”