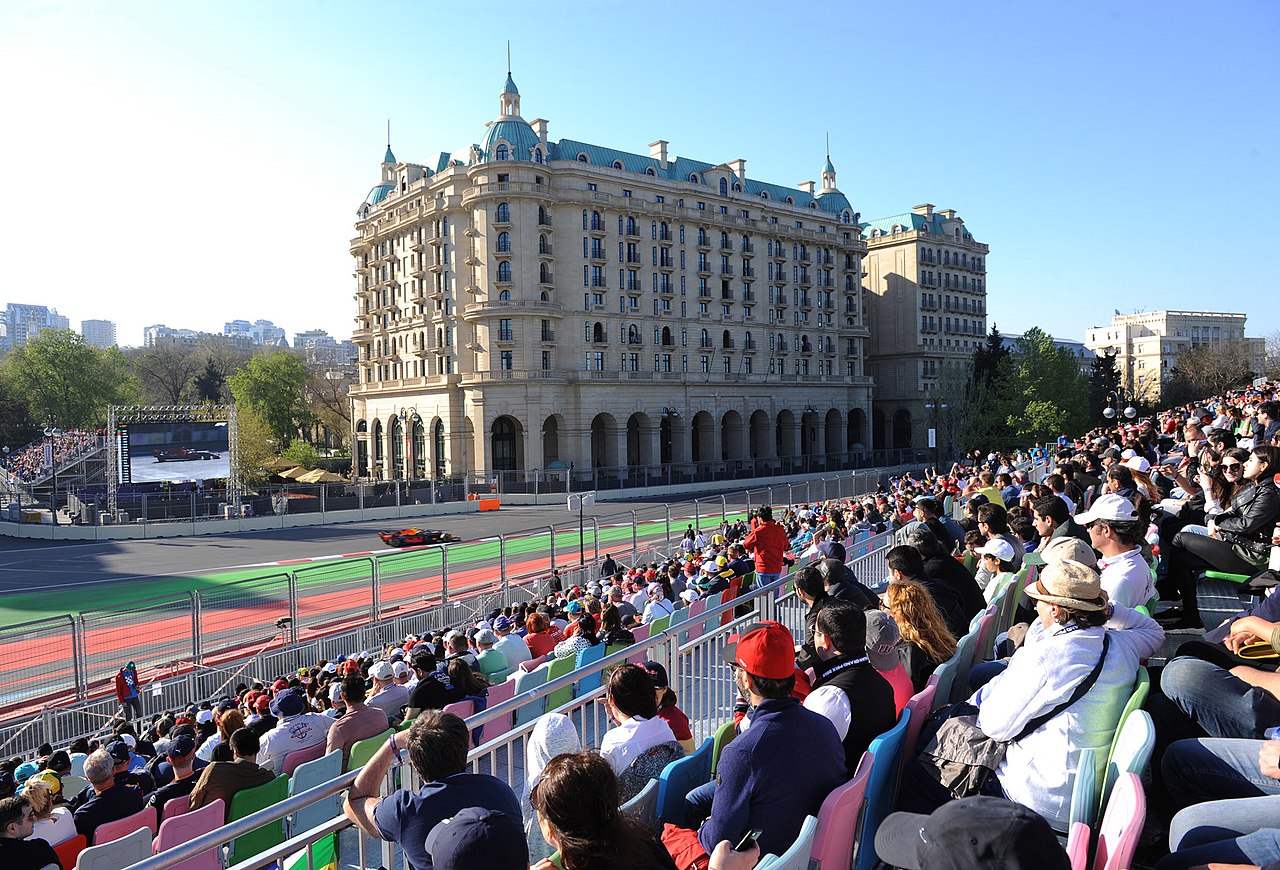 Double podium for Red Bull as Ferrari malfunction in Azerbaijan

Max Verstappen has won yet another Grand Prix, securing himself a strong lead in the driver’s championship after a double DNF from both Ferrari cars. Perez also put in an impressive performance earning fastest lap and finishing P2, allowing him to overtake Leclerc in the drivers’ championship. Mechanical issues with both Ferrari cars, and other Ferrari-powered cars on the grid, has left fans concerned for the team that looked set to win the constructor’s championship at the start of the season.

When qualifying started on Saturday, many drivers found themselves caught out by the tricky street circuit of Baku, causing a flurry of yellow flags throughout all three sessions. However, it was Stroll who elicited the red flag in Q1 after crashing twice in one lap. With limited time left in the session, drivers trying to avoid the elimination zone had to race to cross the line in time to start their flying lap. In Q2, Norris brought out the yellow flags on his flying lap after going into the run-off area, failing to avoid the elimination zone and reach Q3. It was an extremely close fight between Verstappen, Leclerc, Sainz and Perez for pole position but, in the end, it was Leclerc who came out on top in qualifying, and Perez who joined him on the front row.

On Sunday, the race started with Perez shocking fans by overtaking Leclerc to take the lead before he even reached the first corner. Latifi received a ten-second stop-go penalty on the first lap as one of the Williams engineers touched his car after the allotted time, just before the race had begun. Things were tense in the Mclaren team as both drivers argued over the radio about who should be favoured by the team strategy. Ricciardo had the much faster pace and was being held up behind Norris, however Norris was on a strategy to attempt the over-cut on Alonso so wanted to stay ahead.

On lap nine, Sainz brought out the yellow flags and virtual safety car after stopping at turn one due to hydraulic issues with the car, making this his third DNF of the season. This triggered many drivers to make an early pit stop and allowed Verstappen to overtake Leclerc while he was in the pits, putting him up to P2. However, on lap 15, Perez was given team orders to not fight with his team mate so allowed Verstappen to easily overtake and move up to P1.

After two uncharacteristically slow pit stops for the Red Bull team a couple of laps later, both drivers moved down a place and allowed Leclerc to move up to P1. Norris also pitted around this time, but failed to come out in front of Alonso, sparking anger for Ricciardo fans who claimed his race had been unfairly compromised and was left helpless while being overtaken by Gasly, who was on much younger tyres.

Lap 20 is where it all came crashing down for Ferrari: Leclerc’s car was forced to retire after releasing huge amounts of smoke due to engine failure, and as a result, Ferrari received no points this weekend. Only four laps later, Zhou had to retire his car, followed then by Magnussen who also had power unit issues. As these four cars that failed to finish the race are all powered by Ferrari engines, there are growing concerns about its reliability, and therefore Ferrari’s chances to win the championship.

Towards the end of the race, Tsunoda received a black and orange flag after his rear wing broke. This flag allows engineers to attempt to fix the car so it can try and continue the race, but if the car cannot be fixed, it must retire as it would be considered too unsafe to continue. This triggered engineers to gaffer tape the rear wing closed while Tsunoda came into the pits to change tyres. Many were skeptical of this technique, and some found it comical; however, it was a good enough fix to allow Tsunoda to continue to the end of the race.

Three laps before the end, Stroll experienced mechanical issues, and therefore also retired from the race, making it a total of five DNFs for the Azerbaijan Grand Prix. On the last couple of laps, it was clear that tensions in McLaren were still continuing, but this time it was Norris asking to be let through as he claimed he had more pace. Norris however, was told not to overtake Ricciardo, and therefore finished the race behind his teammate.

Verstappen finished first, but it was Perez who claimed the fastest lap after finishing P2 and making it yet another Red Bull 1-2 podium. Russell, who has consistently finished in the top five for every race so far this season, completed the podium and finished in front of his teammate, Lewis Hamilton, who was P4.

Overall, it was another brilliant weekend for Red Bull who gained maximum points and continue their lead in the constructors’ championship. However, as Leclerc has now dropped to third in the drivers’ championship, behind Verstappen and Perez, there are clear concerns for the Ferrari team. As we head into the Canadian Grand Prix next weekend, there is very little time for the Ferrari team to introduce any significant changes that could improve the car, so many are worried that their poor mechanical form could continue!