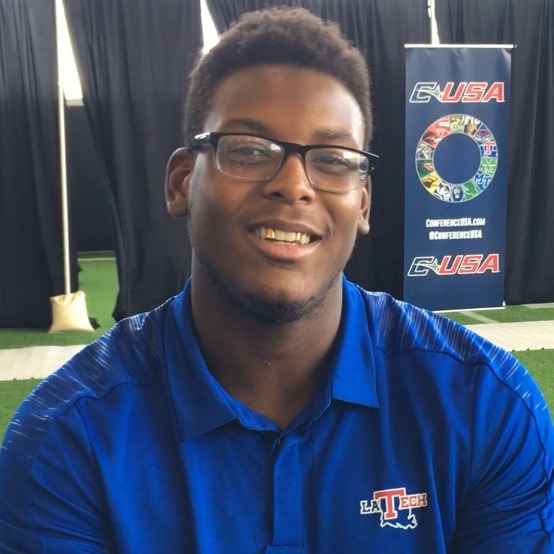 “Jaylon is someone I will cherish for the rest of my life,” said Ravens teammate Patrick Ricard.

Police responded to a home in the northern district of Baltimore late on Tuesday night. They found Ferguson unresponsive. He did not regain consciousness after treatment from the medics.

The medics pronounced Ferguson dead at the scene.

The cause of death is yet to be determined. A police spokesperson said that the possibility of an overdose has not been ruled out.

Authorities say that there were no signs of trauma or foul play.

Ferguson had three children, all under five years old.

Jaylon was a good-hearted, gentle person who loved his family and his team – He was a joy to talk with and be around every day

Ferguson was a promising third-round pick out of LA Tech in the 2019 NFL Draft. After a productive college career, the Ravens drafted ‘Sack Daddy’ 85th overall.

Over three seasons with the Ravens, Ferguson totalled 67 tackles and 4.5 sacks.

Many in the Ravens camp believed that Ferguson was primed for a breakout season in 2022. He dropped a lot of weight during the off-season and had been in the best shape of his career.

“Before I left after minicamp, in the locker room, he expressed how he was ready to have a big year, and I believed it was going to be his best season as a Raven,” said Ravens safety Tony Jefferson.

Not only did the Ravens lose a promising player, they lost a kind, genuine and energetic character.

During Ferguson’s draft in 2019, the former Bulldog spent his time helping relief efforts in his hometown Ruston, Louisiana, in the aftermath of a deadly tornado. Rather than justifiably enjoying his time in the spotlight during the draft, Ferguson spent his time searching for lost people, delivering food, and removing trees from the street.

“Jaylon was a good-hearted, gentle person who loved his family and his team. He was a joy to talk with and be around every day,” said Ravens coach John Harbaugh.

Ferguson’s passing is the third death of a young NFL player recently. Arizona Cardinals cornerback Jeff Gladney passed away, aged 25, a month ago.

Earlier in the off-season, the NFL had also mourned the death of Pittsburgh Steelers quarterback Dwayne Haskins.

After Haskins’ death, league insider Adam Schefter posted an insensitive Tweet that said that Haskins “struggled” in the NFL.

The post sparked a huge backlash and there has since been a revision of how journalists ought to report about the deaths of professional athletes.

Wednesday marked a tragic day for the Ravens Flock as the team also mourned the loss of legend Tony Siragusa aged 55.

“This is a tremendously sad day for the Baltimore Ravens,” tweeted the team.

Siragusa was a dynamic personality who appeared on The Sopranos as Frankie Cortese.

He will, however, be best remembered for his legacy as a football player.

In Greece they would ask one question at the end of one’s life: did he have passion? In Tony’s case, yes he did

Nicknamed ‘The Goose’, Siragusa won the Super Bowl with the Ravens in 2001. Over his career, he accumulated 22 sacks and seven forced fumbles.

The former nose tackle went on to become an NFL TV analyst for Fox.

“He was a special person and clearly one of the most popular players in Ravens history,” said Ravens owner Steve Bisciotti.

Siragusa spent five years with the Ravens, before spending seven with the Indianapolis Colts.

“In Greece they would ask one question at the end of one’s life: did he have passion? In Tony’s case, yes he did.”