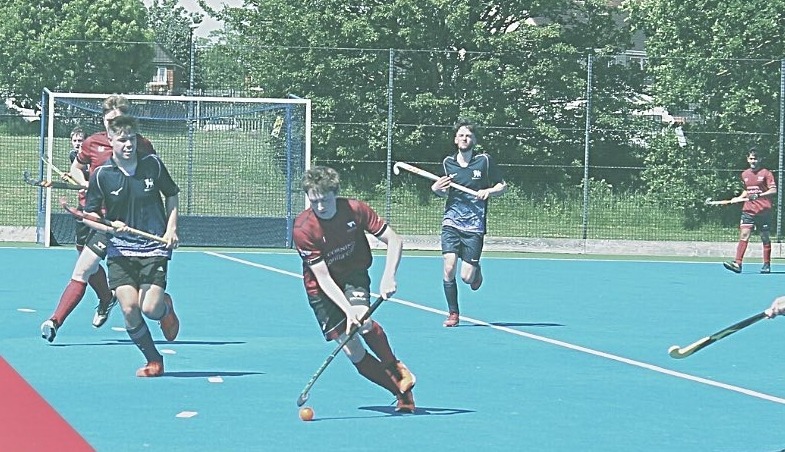 Our playoff vs Edinburgh was a very highly anticipated game and meant a great deal to the UWMHC. This game presented the opportunity to continue our hugely successful BUCS campaign this season, and put us one step away from promotion into the BUCS premier north division.

Edinburgh had proved themselves as an extremely strong side in their performances up to this point, having taken the top spot in both their regional league and BUCS Scottish tier 1, displaying some real danger in attack.

Having never played Edinburgh before, they were a relative unknown heading into the match. However, having followed a carefully planned preparation schedule created by head coach Andy Partridge and the Warwick Sport team, the squad were secure in the belief that they were fit and ready to take on the challenge.

Warwick got off to an extremely strong start, with James O’Sullivan opening the scoring within the first 10 minutes, followed closely by two more possible contenders for goal of the season from James Martin and Adrien Martin.

The Warwick high press was reaping fruitful rewards, overwhelming Edinburgh’s defensive line on multiple occasions. However, Edinburgh were by no means out of the fight, and soon struck back with a clinically executed short corner routine.

Having lost their previous match against Manchester leading up to this game, Edinburgh needed a win to stay in contention for the promotion place and were giving it everything.

At the half-time whistle, the score had reached 4-1. Despite the score line, Edinburgh continued to show strong resistance and great technical ability with the ball.

Following the half-time break, Warwick resumed with the purpose of extending their lead and it was not long before Guillermo Fortuno added to his tally, eventually ending on a hat-trick.

A short exchange of goals ensued, with Edinburgh returning fire with two well-worked goals and Warwick keeping the green resurgence at bay with two more of our own.

After an incredibly high-scoring period, offensive activity from both teams started to slow towards the end of the half. In the last minutes of the game, Edinburgh began to launch one last effort to reduce the deficit.

Warwick fought on, managing the game well when in possession and shoring up defences to repel the final attacks from the resilient Edinburgh side.

The game finished with Warwick walking away with a commanding 7-3 victory over the Edinburgh side, putting us one step closer to our promotion goal.

We now move onto the second playoff match away to Manchester, needing a win or draw to achieve promotion.

Special thanks to Edinburgh for making the trip and providing such a great game! We would like to show our appreciation to Warwick Sport for the help they provided leading up to the game as well as everyone who came down to support!