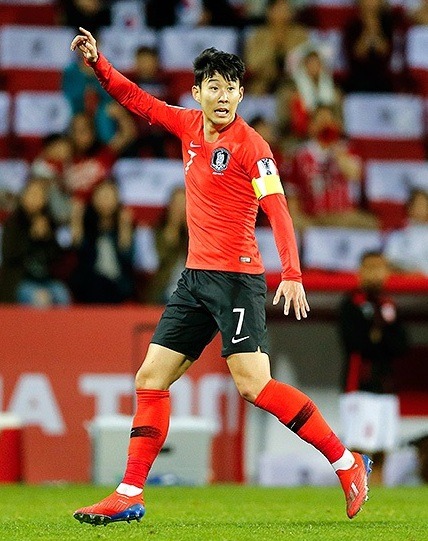 Every few days, a new writer will have their chance to pitch what they believe to be the ultimate side, culminating in a final Boar Sport XI next month.

Up first, of course, is our former editor, Sam Matthews Boehmer. Here are his picks for the PL team of the season:

This one was one of my closer picks. There were so many good goalkeepers this season who shone consistently throughout the season, from Aaron Ramsdale’s impressive first season at Arsenal, to the continued effervescence of Ederson, and the consistency of Edouard Mendy and David De Gea. For me, though, two stood out above the rest: Jose Sa and Alisson. Sa had big boots to fill after replacing Rui Patricio at Wolves, but ended up actually improving on his Portuguese compatriot, producing numerous world-class saves to keep Wolves in games and boost them up the table. In the end, though, there is only one winner, as Alisson, both in his shot-stopping and distribution, was not only the best in the league this season, but also may be one of the EPL’s best ever keepers.

Controversial, maybe, considering Trent Alexander-Arnold’s continued brilliance, but James has proved his mettle this season as an alternative to Trent not only in this team but also in the England side come the World Cup. Both excel going forward, as James has five goals and nine assists to Trent’s two goals and 12 assists, but it is defensively where I feel James has the edge. Though Liverpool have 17 clean sheets this season, this is primarily down to their superb centre-half pairing and goalkeeper, with Trent a constant source of weakness on the right. James, meanwhile, has the power, speed, and skill to be a high-class defender, and has proven that this season.

Liverpool and Manchester City have been superb defensively this season, and this back-line could be dominated by players from the two teams, but that would be boring so… Gabriel. Arsenal, despite what many naysayers think, have taken a huge step forward this season. They may not have made the top four in the end, but in terms of their style of play, offensive teamwork, and especially defensive cohesion, they have improved massively. In Gabriel, Ben White, and Ramsdale, they have found a long-term defensive trio, and, although it was close, Gabriel just pips White. Fast, strong, good in the air, and something of a leader, Gabriel has developed significantly this season, and has the potential, more so than White, to be the Virgil van Dijk equivalent in this Arsenal team.

An easy one for me. Dutch, majestic, never-fazed, smells nice – van Dijk is the best centre-back in the world, and perhaps of all-time. He instils a calm in the Liverpool back-line, while continuing to prove his individual defensive abilities, whoever the opponent, time and time again. Enough said.

Cancelo’s versatility is testament to his ability, able to shine whether he is surging down the right wing or becoming an auxiliary centre-mid at left-back. He has skill, is defensively sound, and can whip in a wicked cross, effectively with either foot due to his ability with the outside of his right. Andy Robertson has been excellent once again, but Cancelo’s creativity going forward is unmatched.

His eight goals and four assists don’t tell the full story, with his creative output, in terms of chances created, unparalleled in the Premier League this season

After a difficult first season at Liverpool, the Spaniard has come on leaps and bounds. Able to pull out a superb pass from anywhere and to anywhere on the pitch, he has been vital this season for a Liverpool midfield largely lacking in world-class talent. The man who therefore is necessary to knit Liverpool’s backline and strike-force together, without him, the team’s ability to challenge on four fronts and take the title race to the wire may not have been possible.

Unorthodox, maybe, but Neves has truly proven his worth this season as a top-class Premier League midfielder, something he might have struggled at in the past. After a couple of years of adaptation to a league far faster than the Liga Nos or the Championship, Neves’ full creative potential has come to the fore, while he’s also not afraid to put in a tough tackle every now and again. In my eyes, a far more complete player than the lumbering Declan Rice. Expect a big move this summer.

Again, this one needs no explaining. The Premier League’s official player of the season, De Bruyne has once again driven his team to new heights domestically. A goal-scorer, creator, and source of motivation to his team, there are few better players in the world at the moment, and no one, other than maybe Lionel Messi, is able to thread a football through the eye of a needle quite like the Belgian.

Despite a blip following Egypt’s disappointment at AFCON, Salah has been indispensable for Liverpool. The Premier League’s joint top goal-scorer with 23 and top assister with 13, Salah’s bubble is not bursting any time soon. Even as he advances in years, his ability to shimmy onto his left-foot and curl it into the far corner led many to say he was the best in the world after a hat-trick against Manchester United. Those arguments have died down since, but their existence, and Salah’s sheer numbers, are testament to Salah’s status as arguably the best and most important player in an already brilliant Liverpool team.

At the start of the season, Tottenham Hotspur were poor. Nuno Espirito Santo’s head was soon on the chopping block, with the irrepressible Antonio Conte soon to replace him – a major coup for the North London side. Across these two spells, however, there was one constant, and that man was Son Heung-Min. While Harry Kane floundered beside him, Son scored consistently, driving his team forward with a passion that the team was lacking for large parts of the season. Spurs will be playing in the Champions League football next season and there can be no doubt that, if Son was playing on the other side of North London, it would be Arsenal who would rather be having that sacral fourth spot.

I know this is not Bernardo’s position, and I know he has shone as Pep’s creative midfielder this season, but such has been Bernardo’s excellence, I needed to shoe-horn him in somewhere. His eight goals and four assists don’t tell the full story, with his creative output, in terms of chances created, unparalleled in the Premier League this season. He seemed on the verge of leaving last summer, with the arrival of Jack Grealish, but has instead kept the Englishman out of the team, proving his worth to Pep Guardiola to the extent that he is now arguably indispensable.