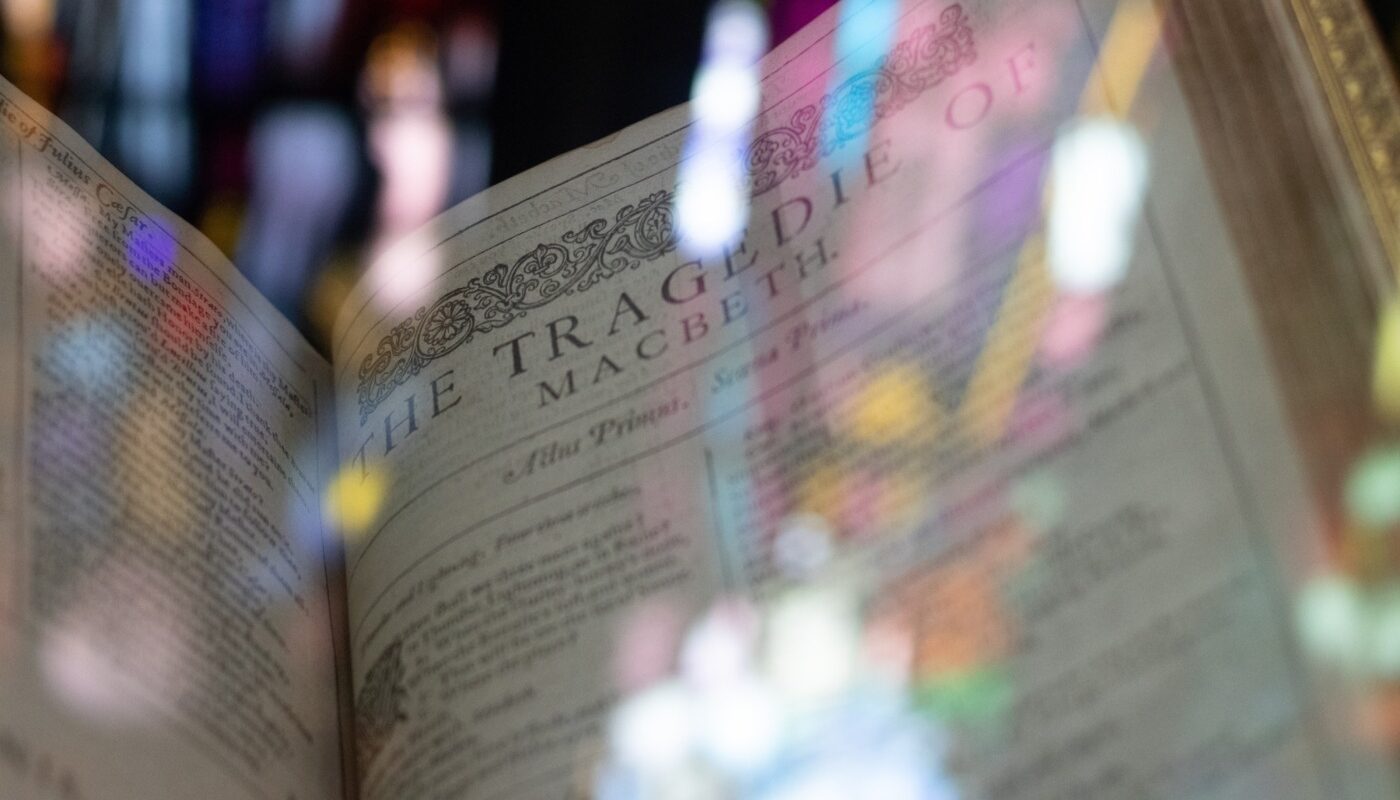 ‘Macbeth’ Review: An Unnerving, Haunting and Dark Meditation on Fate

Macbeth, one of Shakespeare’s best-known plays, explores questions of loyalty, ambition, the supernatural, and fate. Here at Warwick, ShakeSoc’s production created a dark, gothic aesthetic in which this tale of temptation and tragedy could play out. The creative decisions and strong performances by the cast resulted in a genuinely unsettling and thought-provoking work. The director, Hywel Edwards-Sim, clearly had a strong vision and was very successful in achieving it.

Upon entering the performance space, this dark and unnerving atmosphere was immediately felt. The production was set on the round centre stage and had begun with a woman, whimpering and crying over a cradle. As more of the audience filed in and the lights went down, other cast members joined in with plaintive cries, swelling into a cacophony of pain and suffering. This soundscape was deeply disconcerting, affecting the audience in an almost primal way – adrenaline flooding our bodies as we processed these unnatural events. This opening perfectly set the stage for the story of deceit and ambition that Macbeth entails.

The Witches were a near-constant presence throughout the play

The other-worldly theme was furthered by the performances of the Three Witches (Alice Walder, Charlotte Thwaites and Elena Wolfson). Throughout the play, the Witches were a near-constant presence, watching and goading on Macbeth and Lady Macbeth in their murderous exploits. All three performers were deeply committed to their roles, maintaining intimidating eye contact with the audience throughout. These performances were assisted by eerily pale makeup and black clothing. This pale makeup was used across the whole cast. Characters such as Banquo (Connor Davey) and Duncan (Lizzie Hart) also had brutal scars across their face and necks – hinting at the Calvinist themes of predestination in Macbeth’s actions.

Special credit should go to Macbeth (Anna Roberts) and Lady Macbeth (Rachel Parkinson) for their performances. Lady Macbeth’s monologue in Act 1 Scene 5 was enthralling. Parkinson conveyed the pure ambition that had taken over her character, supported by the Witches’ physical presence. Both actors showed subtle but significant signs of the mental degradation of their characters throughout. The emotional bond between husband and wife was also strong. Lady Macbeth was genuinely reassuring of her husband, even while nurturing the seeds of his treachery. Roberts’ rendition of the famous “Tomorrow and tomorrow and tomorrow” speech was an intense culmination of the play’s themes of fate, time, and hubris. Here, Roberts was shockingly catatonic, faced with the realisation of their failure and the deception of the Witches.

This performance, in concert with the strong creative and directorial decisions, has left me ruminating on Shakespeare’s achievement ever since. Seeing the subtle progression from despair to defiance of fate was powerful. This effect was strengthened by the ensuing fight between Macbeth and Macduff (Ollie Hotchin). This explosive choreography saw an aggressive, primal grapple for revenge, resulting in Macbeth being choked by the man whose family he had murdered. This visceral stage combat perfectly mirrored the elements that the production team had chosen to emphasise – the darkness and brutality of this tragedy.

ShakeSoc’s production of Macbeth had successfully mirrored the core themes of the play. Clearly, this success was rooted in a strong directorial vision that meshed with a talented cast and crew to create a truly unique experience. This unsettling, haunting production explored the depth and complexity of emotion and motivation that did Shakespeare’s tragedy justice.