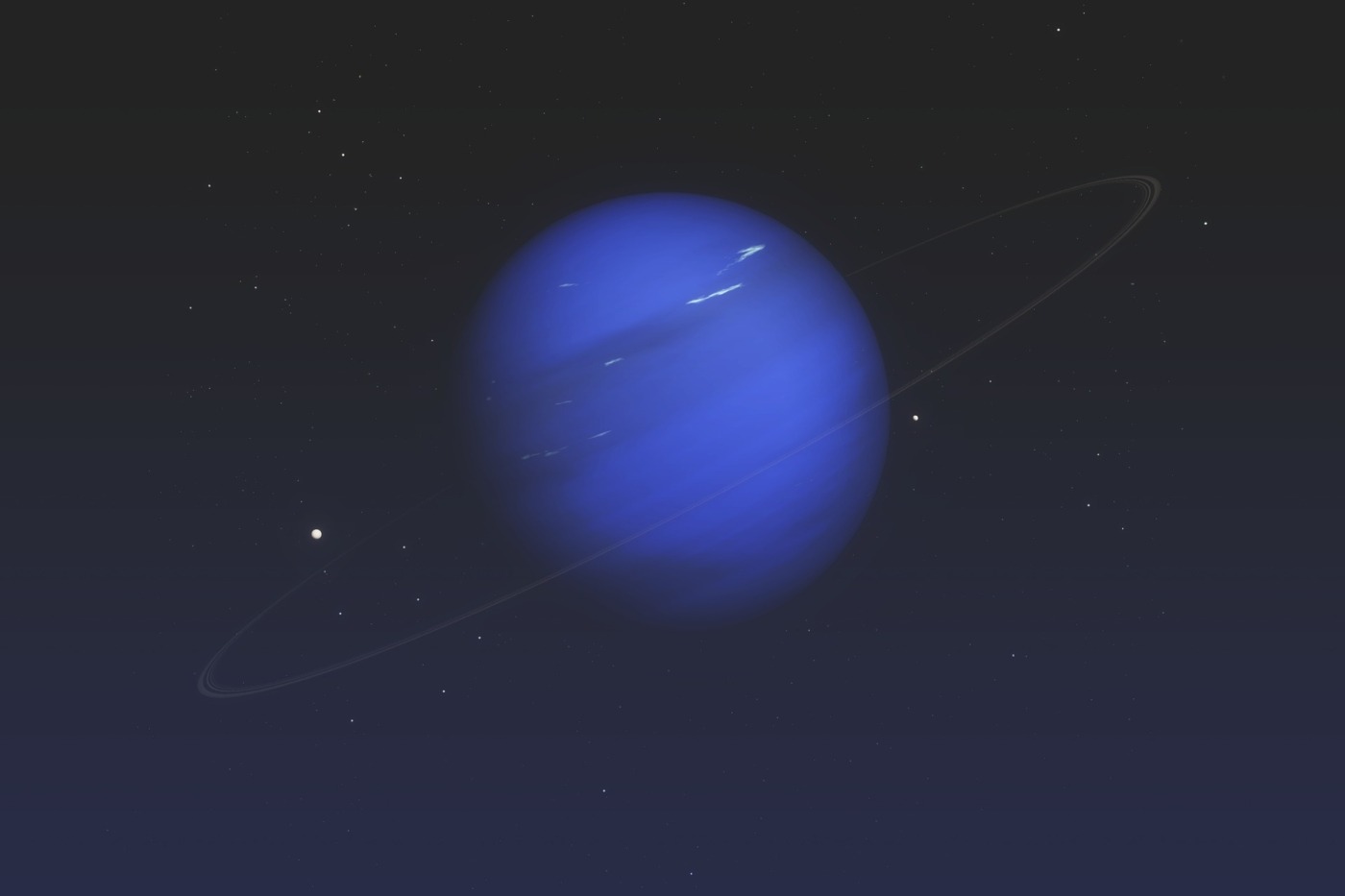 Despite being the final planet in our solar system, Neptune is host to one of the most dynamic atmospheres. Extreme winds and weather patterns mean that even the smallest change in temperature can dramatically alter the planet’s appearance.

Over the past two decades, observations of Neptune’s atmosphere have revealed that the planet is cooling down despite entering its summer period. As of yet, scientists are unable to explain what’s causing the temperature to drop, but they hope that new technology will soon help elucidate this. A recent study, led by researchers at the University of Leicester, included the compilation of almost 100 infrared images of Neptune’s atmosphere, revealing overall trends in the planet’s temperature in greater detail than ever before.

For Neptune, one full orbit around the Sun takes a staggering 165 years to complete, resulting in each season lasting over 40 Earth years. A combination of telescopes, including the European Southern Observatory’s (ESO) Very Large Telescope and NASA’s Spitzer Space Telescope, provided a collection of mid-infrared images of Neptune’s atmosphere and the opportunity to evaluate the planet’s thermal radiation. Taken during the early stages of the planet’s long summer, scientists expected these images to show a slow but steady rise in temperature.

Michael Roman, lead-author of this project, states: “Because we are observing Neptune in this southern summer, we would expect temperatures to be getting slowly warmer in time. But what we saw was that they dropped by about 8°C.”

Interestingly, this cooling doesn’t appear to be uniform across the planet – a small region at the southern pole displayed a rapid increase in temperature. A collection of images captured between 2018 and 2020 revealed a staggering 11°C temperature increase for this region. In the most recent infrared images, a stark contrast appears between the rapid warming of the southern pole and the steady cooling across the rest of the planet.

So far, scientists have been unable to identify what’s driving these opposing changes in Neptune’s atmosphere. While the origins of this long-term cooling are currently ambiguous, the leading scientific theories speculate that solar activity cycles or complex meteorological processes may be the cause. However, the heating of the southern pole could be simply explained by the planet’s weather – similar heating has been observed on Saturn during the evolution of a massive storm over its northern pole. At this time, there is insufficient data available to reconcile the mechanisms for these fluctuations in temperature.

Scientists will need many more observations, taken across a wider time frame, to unravel the mystery of Neptune’s temperature variations

We currently know very little about the behaviour of Neptune’s temperature and the passing of its seasons. Glenn Orton, senior research scientist at NASA’s Jet Propulsion Lab (JPL) and co-author of the project said: “Our data covers less than half of a Neptune season, so no one was expecting to see large and rapid changes.”

Ultimately, scientists will need many more observations, taken across a wider time frame, to unravel the mystery of Neptune’s temperature variations. In an interview discussing the discovery, Roman explains the major drawback: “We have about 17 years of images that amount to roughly 100 high-quality pictures of Neptune, and this is all that currently exists – it’s less than half a single season. We need decades more observations to really nail this down.”

Thanks to their very high resolution and data quality, future ground-based telescopes like ESO’s Extremely Large Telescope (ELT) will have the potential to observe these temperature changes in great detail. These instruments will allow scientists to continue to observe temperature fluctuations in the atmosphere through the remainder of Neptune’s long summer and beyond.

The launch of science operations for the James Webb Space Telescope (JWST) is a highly anticipated event for planetary scientists across the globe. In addition to researching the cosmic origins, a major mission objective for JWST is to provide supplementary observations of the Solar System’s two ice giants, Uranus and Neptune. Leigh Fletcher, Professor of Planetary Science at the University of Leicester and co-author of the new study, states: “The exquisite sensitivity of [JWST’s] mid-infrared instrument, MIRI, will provide unprecedented new maps of the chemistry and temperatures in Neptune’s atmosphere, helping to better identify the nature of these recent changes.”

Could JWST be the key to understanding Neptune’s cooling? Only time will tell.