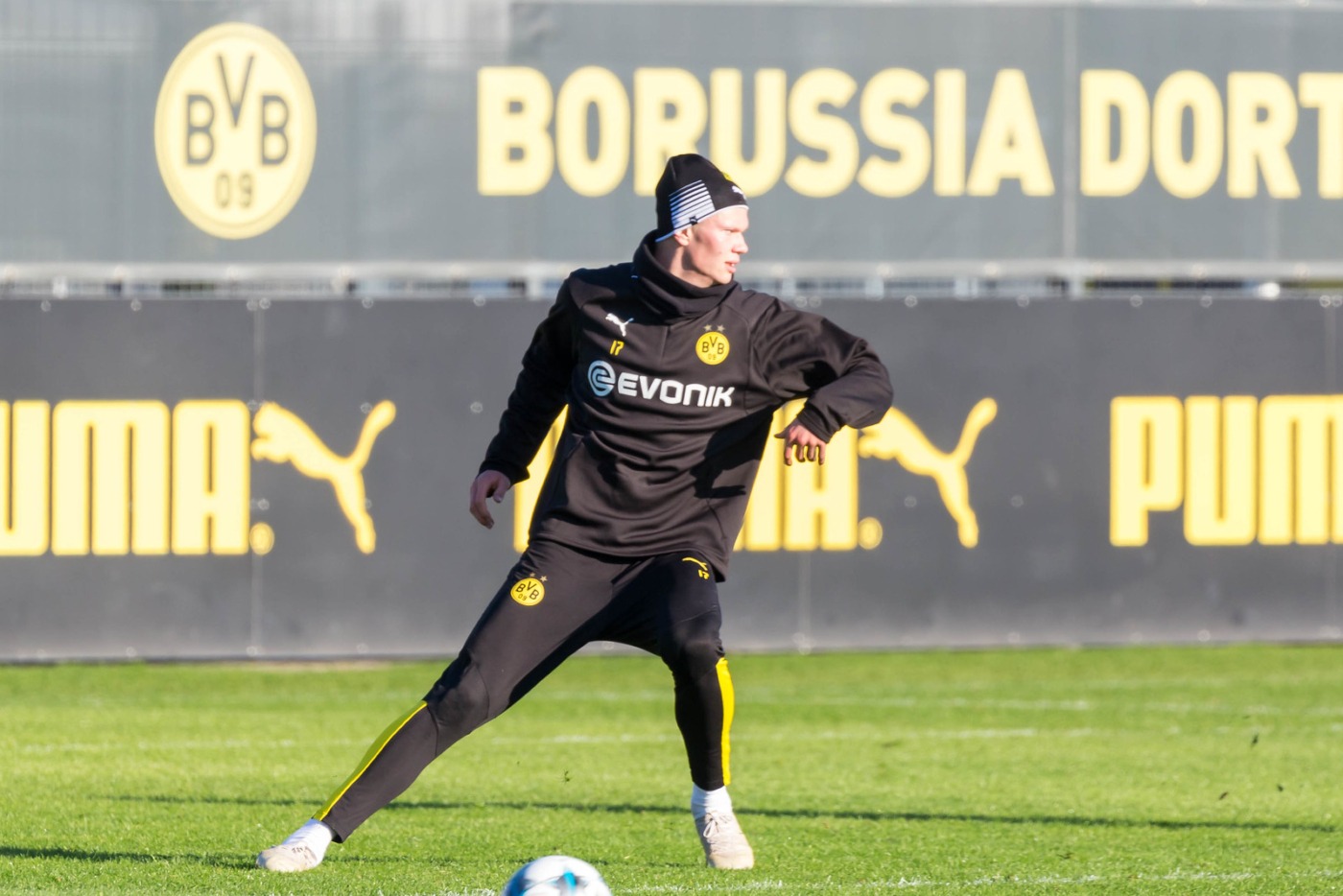 Haaland to Man City: the final piece of Pep’s puzzle?

On Tuesday 10 May, Manchester City confirmed that an agreement was in place for the club to sign Norwegian striker, Erling Haaland, from Bundesliga outfit, Borussia Dortmund in the summer.

With the deal all but finalised, has Guardiola finally acquired the final jewel in City’s already dazzling crown?

Man City’s lack of an out-and-out striker has been the source of discussion since Aguero’s departure last summer, with many arguing that City have not been as effective in front of goal as they could have been should they boast a world class number nine in their ranks.

Arguably, City are doing just fine without that big presence up front, as they have still scored 89 goals in the Premier league alone this season, all without a recognised hitman leading the line.

However, the addition of Haaland certainly won’t harm City’s goal output, with the 21-year-old having scored nearly that many goals in his two and a half seasons at Dortmund on his own, slotting away 85 goals in 88 appearances for the Black and Yellow.

City’s ongoing quest for Champions League glory will also be boosted, as they recruit the youngest player to reach 20 goals in the competition.

The deal itself is an absolute coup for City, who nearly shelled out around £150m on a 28-year-old Harry Kane last summer, only to end up as frontrunners for the Premier League title this season without him.

There is very little doubt that given the correct guidance, Haaland will easily be able to fulfil his duties as Manchester City’s main attacking outlet

At just £51m (60 million euros), the signing will actually be cheaper than was previously reported, with the Sky Blues taking advantage of Haaland’s relatively low release clause, especially when considering he could otherwise go for around £200m in today’s market.

When the deal is completed, Haaland will become City’s tenth most expensive signing of all-time – impressively low given the talent of the player, costing over £5m less than Raheem Sterling did back in 2015 (who they may still sell for a profit this summer, anyway), and less than the likes of Benjamin Mendy, Joao Cancelo, and Rodri.

The Norwegian will be set to earn roughly £400k-per-week, putting him on a par with Manchester City’s current top earner, Kevin de Bruyne. Although this is a lot to shell out on wages every week, the hope is that given his supreme talent at such a young age, the long term investment will prove brilliant value for money.

Haaland will have to adapt his game to perform well under Pep – the Spaniard is extremely demanding of his players, and will be expecting his centre-forward to track back and drop deep into midfield to play off the likes of de Bruyne, Bernardo Silva, and Ilkay Gundogan to create chances both for Haaland and his teammates.

However, there is very little doubt that given the correct guidance, Haaland will easily be able to fulfil his duties as Manchester City’s main attacking outlet.

The Dortmund frontman turned down the likes of Barcelona and Real Madrid to link up with his father’s former club in the rainy northwest of England.

Regardless of what he brings to City, let’s hope that he can carry his fantastic form over from Germany and continue to amaze Premier League crowds every weekend.