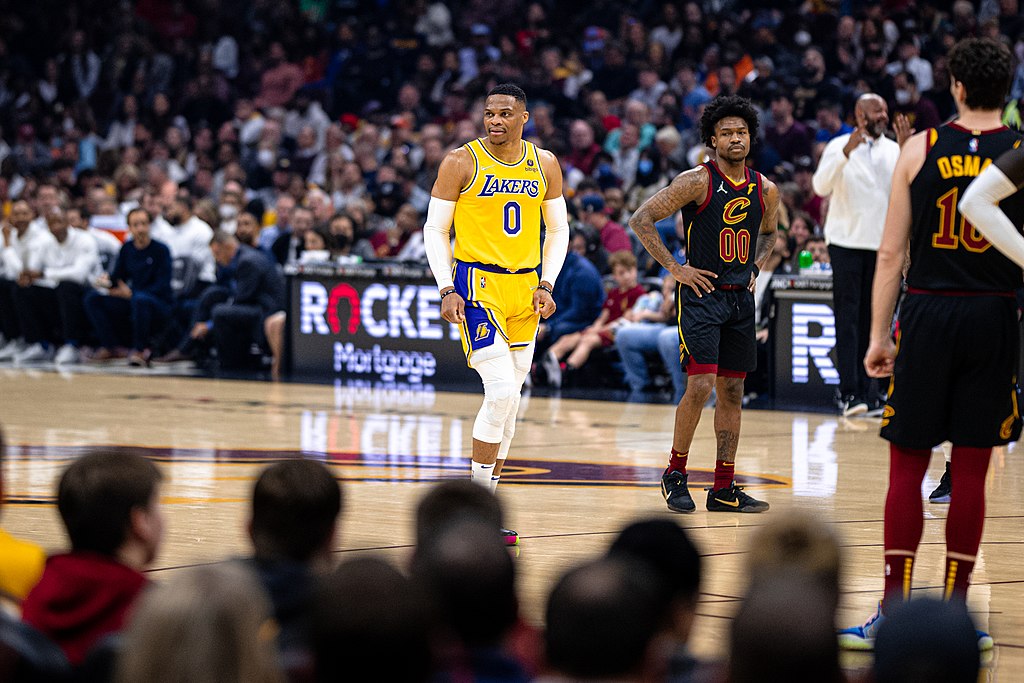 ‘Worst season in history’: where did it go wrong for the LA Lakers?

At the beginning of every NBA season, expectations are set sky high for the Los Angeles Lakers. A team that has boasted the likes of Shaquille O’Neal, Kobe Bryant, Wilt Chamberlain, and Kareem Abdul-Jabbar – this franchise is famed for its big-name players.

This season, led by LeBron James, Russell Westbrook, and Anthony Davis, the team was expected to challenge for the title that they won just two years ago in 2020.

However, a combination of injuries and torrid performances have brought about what Lakers great Earvin ‘Magic’ Johnson has described as “the worst season… in Laker history”.

With playoffs the minimum requirement for a group of players this talented, the Lakers lost 49 of their 82 games and fell short of the play-ins, finishing 11th in the Western Conference behind the San Antonio Spurs.

Johnson declared: “When you have four Hall of Famers, Carmelo Anthony, LeBron James, Anthony Davis and Russell Westbrook, [there] is no way you should miss the play-offs. So it’s a disappointing season.”

The individual brilliance of LeBron James once again shone through, as the 37-year-old enjoyed his best season in terms of scoring, averaging a mighty 30.3 points per game, but those playing alongside him fell short of their usually lofty standards.

Of course, the lengthy injury spells suffered by both James and Davis did not aid the Lakers’ quest for glory – any team would miss players of that quality.

Despite this, finishing in eleventh place is unacceptable for the joint most successful franchise in NBA history.

No player is safe from the axe, as the team will attempt to turn their fortunes around again once the new season commences

Head coach Frank Vogel was the first to go following the conclusion of their ill-fated campaign, and it is likely that we will see a big overhaul during the off-season, both on the court and off it.

Although many factors contributed to the Lakers’ demise, many argue that the root of their problems is their over-reliance on veteran superstars.

It is somewhat ingrained in the franchise’s DNA to have the best players and biggest names in the NBA at their disposal, but it seems that may have been their undoing.

With eight members of the roster aged thirty and above, with LeBron James, Carmelo Anthony, and Dwight Howard all closing in on 40, it seems the time has finally come for a total reset, as the team must surely now look to bring in younger talents to replace those entering the twilight of their career.

It is surely a bitter pill to swallow for Lakers fans, but they may well soon have to bid farewell to their iconic big hitters and begin their search elsewhere for the answers to their problems.

Often times with teams brimming with big names and supreme talent, they underachieve as a result of personality clashes, but it seems this was not an issue that halted the Lakers. Instead, hindsight makes it clear to see that their roster was inherently flawed.

The crucial mistake the front office made in the previous off-season was bringing in Russell Westbrook in exchange for three depth players, all of whom would have helped to absorb the injuries to key players.

Although there is no denying that the Lakers’ number zero is a tremendous talent – he isn’t a former MVP for nothing – he simply didn’t work in tandem with the rest of the roster, struggling in partnership with Davis and James whenever the pair were fit.

Filling all the gaps in the team with aging veterans also didn’t help the Los Angeles outfit’s cause, as they were hampered by inconsistency, health, and overall contributions from individuals brought in as stop gaps.

The Lakers do have some young players with high ceilings – the likes of Talen Horton-Tucker, Austin Reaves and Malik Monk all look strong for the future – but they alone will not cut it if the Lakers have championship ambitions for next season.

No doubt the franchise will remain loyal to James and Davis, both of whom have given many years of consistent, excellent service to the team.

Aside from them, though, it would be reasonable to assume that no player is safe from the axe, as the team will attempt to turn their fortunes around again once the new season commences.