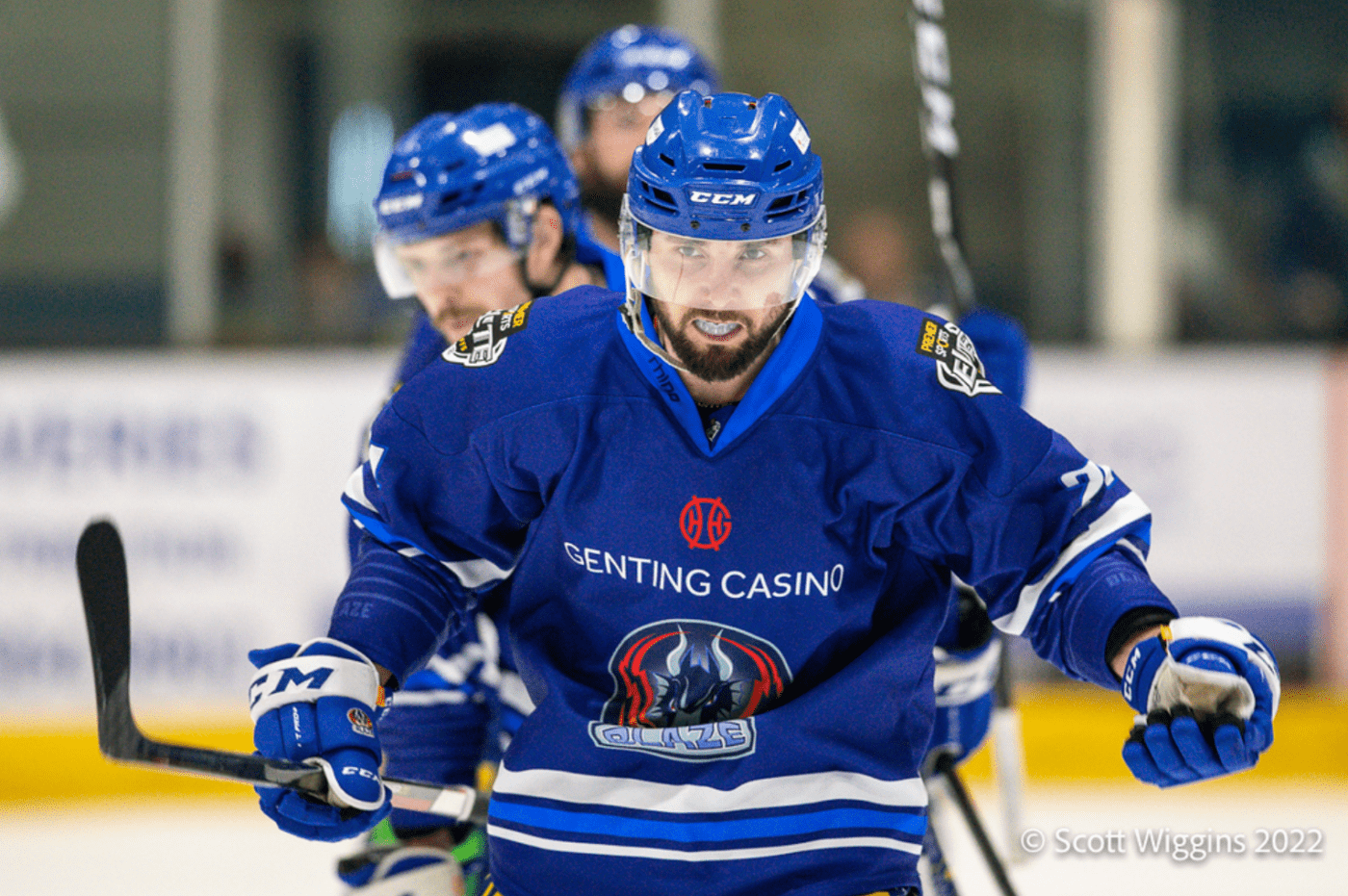 With the score line delicately poised at 2-2, Coventry Blaze headed into the second leg of their playoff quarter-final clash against the Belfast Giants with cautious optimism.

Their first meeting on 23 April was a tight affair, with the Blaze rallying to score two goals in the final period of the game and enter their second game with the scores level, and the tense, cagey nature of the first match carried through.

After a scoreless first period, Tyler Soy broke the deadlock for Belfast in the 26th minute with a somewhat fortuitous hit from behind the goal line that squeaked through CJ Motte in net. But the Blaze bit right back with their own slice of luck, as Evan Bloodoff assisted Conner Chaulk’s shot that passed straight through Tyler Beskorowany just two minutes later.

The rest of the game remained a stalemate, with penalties flying in every couple of minutes for both teams as they fought tooth and nail for their semi-final spot.

Both teams had their opportunities to take the lead on the powerplay, but it seemed neither side was capable of finishing their chances.

The Blaze could be forgiven for rolling over and letting the Giants have their way with them in this clash, but they showed character and desire to take it all the way to a shootout

With 60 minutes gone and the two teams level at 3-3 on aggregate, the game was taken to overtime, where there was still no splitting the sides, despite late Belfast pressure that had the Coventry defence sweating.

A shootout followed, and the same lack of finishing ability was on display as only one player from each outfit – John Curran and David Goodwin respectively – were able to put away their efforts.

Janne Kivilahti put the Blaze ahead in sudden death, although Scott Conway expertly dispatched his attempt to restore parity.

It fell to Kivilahti once more in round ten to put the Blaze ahead, but he missed, opening the doorway for JJ Piccinich to beat the netminder and send the league champions through to the next round.

Before the quarter-final, a Giants victory always looked likely – the league table does not lie, and they have been the best team in the league by some distance this season – but the manner of defeat will certainly leave a bitter taste in the mouth.

Coventry head coach Danny Stewart said after the game that he was “very proud [of] every guy in [his team]”, and he felt “gutted for them” after they showed great fight to make it this far against a team of Belfast’s quality.

Stewart did somewhat bemoan the format of the quarterfinals, stating that “to lose in a shootout is just shit”, and alluded to preferring an overtime format, but accepted that “those are the rules, and we were on the short end”.

Despite falling short at this stage, Coventry should definitely take a lot of positives from their display here.

Following a disappointing conclusion to the regular season, where they slipped from having aspirations of a fifth-placed finish to wind up in the bottom seed for the playoffs, the Blaze could be forgiven for rolling over and letting the Giants have their way with them in this clash, but they showed character and desire to take it all the way to a shootout.

It’s onto the next for Danny Stewart’s men, though, as they will look to regroup and build ahead of the new season.

As for Belfast Giants, they make their way through to the semi-finals, and will be headed to Nottingham’s Motorpoint Arena for Finals Weekend.