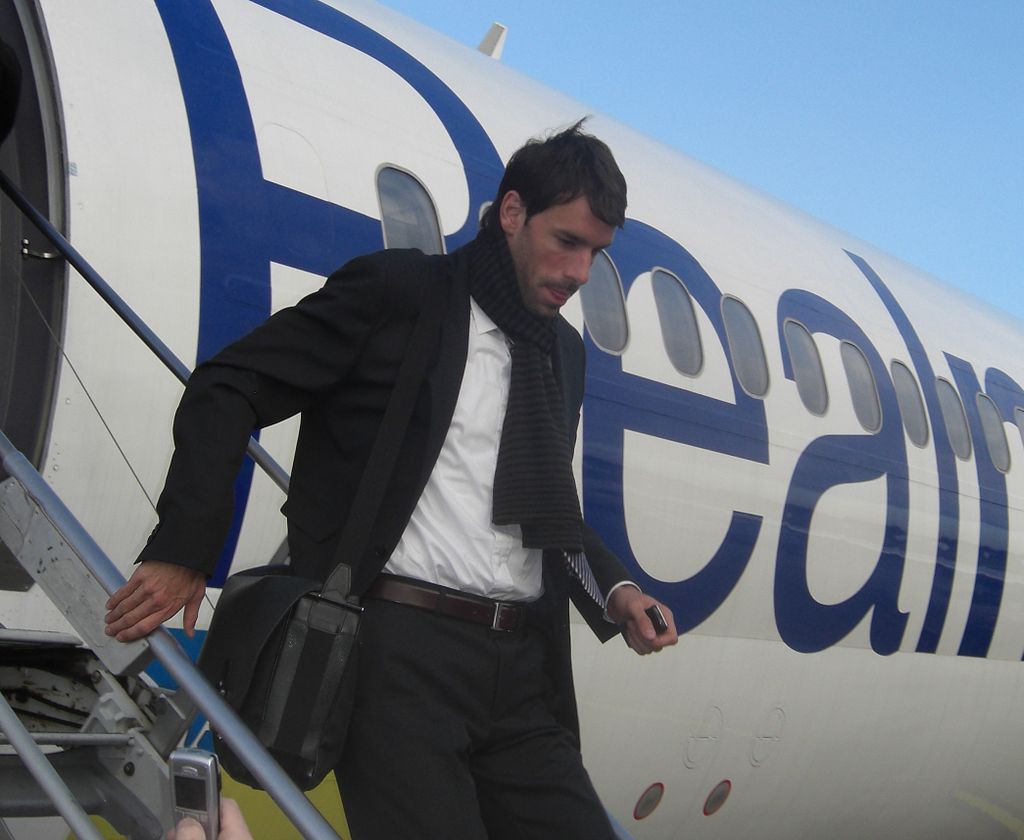 Ruud van Nistelrooy to take the helm at PSV

After a short interview process, it was announced last week that Ruud van Nistelrooy will take over as manager of PSV Eindhoven from the end of the season, replacing the outgoing Roger Schmidt.

Van Nistelrooy is a legend in Eindhoven and, having completed both his footballing and coaching educations at the club, it seemed inevitable that the move would happen at some point.

In early February, when Schmidt announced that he would be leaving, the board deemed it the proper moment for van Nistelrooy to take the helm.

The Dutch striker, one of the greatest poachers of the 21st century, has, in comparison to other ‘club legends’ of the past decade, bided his time before taking the top job at the club where he scored 62 goals in 67 games.

To his credit, he has done his due diligence, working with and learning from top managers across Europe, and testing his own credentials with youth teams. Only now does he feel ready to take on the challenge of returning the Eredivisie to a team that have not triumphed in nearly seven years, perhaps learning from the debacles of Andrea Pirlo and Frank Lampard and the dangers of getting too much, too soon.

Almost as soon as he’d finished playing in 2012, van Nistelrooy threw himself into a coaching career, initially in the lowly position as a ‘coaching intern’ at PSV’s under-17s, before progressing to become the youth team striker coach in 2016. At the same time, he had a brief spell as assistant to former manager Guus Hiddink at the Dutch National Team from 2014.

This has very much been the only blip in van Nistelrooy’s coaching career to date, as the team failed to qualify for the Euros in 2016, rather acting as a learning experience for van Nistelrooy, urging further caution to a man, who, even now, thought that he needed ‘one more year’ before taking over at PSV.

In 2018, he became the coach of the PSV under-19s, and last summer was promoted once again to the under-21s, while also being one of Frank De Boer’s assistants at the Netherland’s ill-fated Euro 2020.

Having progressed virtually through PSV’s entire youth set-up, there are few men that know the club as well as van Nistelrooy, a quality that can only have stood out on the Dutchman’s CV, considering the upheaval that the club will inevitably go through in the summer.

This season has been a mixed one for a club whose history and reputation expects them to be challenging alongside Feyenoord and Ajax for the Eredivisie title every season.

Although they have put up a good fight against Erik ten Hag’s reigning champions, more so than at any other point in Schmidt’s tenure, the size of the gap to the Amsterdam club is still there for all to see.

This summer will be a tumultuous one for Dutch football, but this will only throw the title race wide open

Schmidt was the one who decided to walk away from a new deal, but it was probably the right time for him to leave. A failure to bring home a league title, however well a coach does in terms of player recruitment and development, will always be seen as a black mark against a PSV manager’s record.

This failure was in spite of the fact that this year Schmidt, in tandem with General Manager Toon Gerbrands, had put together one of the best and most exciting teams PSV fans have seen in recent years.

Noni Madueke is a mercurial talent, while Mario Gotze has been impressive after his decision to step away from the Bundesliga’s limelight. Philipp Max has shone in defense, earning a call-up to the Germany squad, which is a rare feat for any player in the Eredivisie.

The shining beacon for PSV this season has, however, been Cody Gakpo, a winger who has worked his way up through the club’s youth ranks to become one of the Eredivisie’s leading lights. With 17 goals and 15 assists this season, he has finally added end product to a game that was previously limited to tricks and flicks.

The problem for van Nistelrooy is that he is likely to be left with very few of these talents come the end of the summer transfer window, while the club’s management structure is also undergoing an overhaul.

Gakpo is almost certain to leave, having outgrown the Eredivisie and been linked to Arsenal and Liverpool amongst many others. Madueke could follow suit, with many richer European clubs already circling, while the indications are that Gotze wants to return home after his brief sojourn abroad. Gerbrands will also be leaving, replaced by Marcel Brands, who returns to the club after escaping Everton’s sinking ship.

Van Nistelrooy will therefore have a rebuilding job on his hands, though the squad should still have enough firepower to provide a solid base for an Eredivisie title charge. Marco van Ginkel is a very solid player in the midfield, while the likes of Jordan Teze and Joey Veerman, who has performed brilliantly since his January move from Heerenveen, provide a young and vibrant core.

Should a couple of additions come in to replace those significant departures, van Nistelrooy will be in a good place to bring the title back to the Netherland’s most easterly city once again.

With Erik ten Hag also set to leave Ajax, this summer will be a tumultuous one for Dutch football, but this will only throw the title race wide open, and PSV’s ex-goal-getter will be praying to add one further trophy to his already shining cabinet.