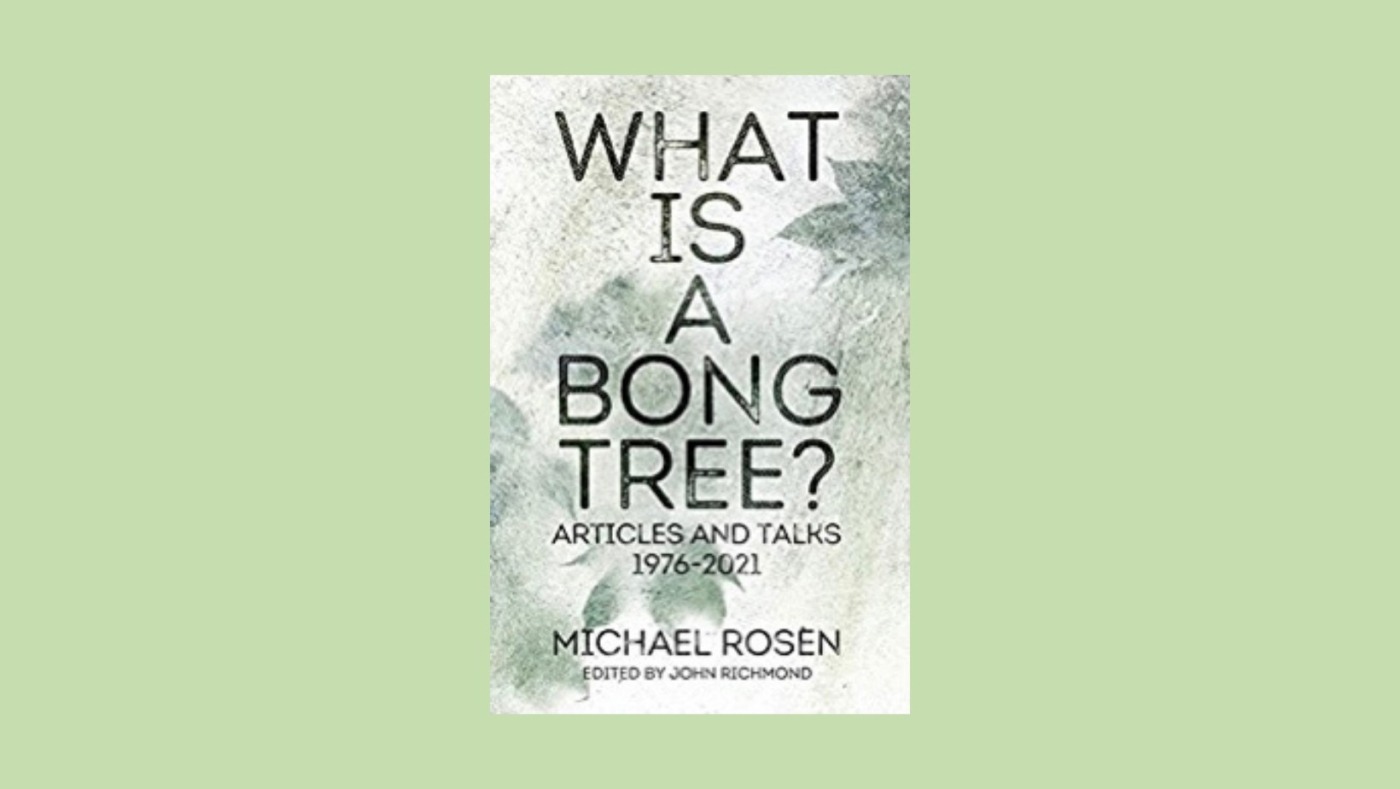 Michael Rosen’s ‘What is a Bong Tree?’ contains silliness and righteous anger

Those familiar with Michael Rosen’s views on the purpose of education, perhaps from his popular Radio 4 show Word of Mouth, or his regular articles in The Guardian, will find that the core of his philosophy rests upon a profound personal belief in the power of language. Those readers better acquainted with his children’s classic We’re Going on a Bear Hunt – and the videos peppered across social media of Rosen performing ‘Chocolate cake’ – will similarly be unsurprised to find that the man who emerges from What is a Bong Tree? is unsparingly humorous, unsentimental, and never takes himself too seriously. And yet, I was interested to witness how the personal and political are so intimately linked in Rosen’s life; how everything from his poetry to his prose seems to stem from a radically egalitarian childhood spent immersed in literature and conversation and laughter.

Language, we are led to believe, does not belong to anyone. It does not remain static, nor should hierarchical structures of education dictate what language means to any particular person. Amidst a poverty-stricken upbringing, young Michael Rosen seems to have been enriched by this unconscious realisation, finding himself part of a cultural tapestry transmitted through the vestiges of literary influences from Old Lob and His Family, to Emil and the Detectives, and later to Dickens, Orwell and Swift whilst reading English at Oxford. Out of these literary influences, the one that most stands out for me is Dickens – a figure who often recurs throughout the essays and poems of What is a Bong Tree?. Rosen recounts how his father used to read Great Expectations on trips to the Yorkshire coast, deploying his native cockney with great enthusiasm.

But, for Rosen, much of the beauty of language lies in the fact that the best way to understand it is to participate in the subtleties and silliness of sentences, to talk and laugh about the absurdity of characters

Growing up in a Jewish community in East London in the shadow of the Second World War, multiculturalism and poverty intermingled to create strong, powerful bonds of connection which were conversely matched by a fluid and at times fragmented sense of identity. As Harold Rosen, Michael’s father, grew to become a figure of significance in teaching and education, Rosen Jr. similarly followed this classic Dickensian journey from ‘rags to riches’. Unlike Pip in Great Expectations, however, Michael never even temporarily lost his sense of injustice, his love of the confluence of accents and cultures and dialects; language, as Yuval Noah Harari reminds us, is a bridge over space and time, a thread across cultural and economic divides. Great Expectations made Michael Rosen, and Michael Rosen made Great Expectations.

But, for Rosen, much of the beauty of language lies in the fact that the best way to understand it is to participate in the subtleties and silliness of sentences, to talk and laugh about the absurdity of characters. In recalling his discussions of ‘Hue and Cry’ with his friends on the playground, Rosen describes how they ‘abstracted’ the ideas it contained and applied them to their own lived experience. This gave the book ‘semantic meaning’, facilitating a far greater understanding than contemporary methods such as analysing the effectiveness of techniques – as if the value of Great Expectations could simply be reduced to a matter of ‘effective’ or ‘ineffective’ imagery. This critique of the dominant strain of thinking behind our education system becomes particularly damning when Rosen notes that the much-vaunted teaching method of ‘phonics’, pushed by New Labour and later the coalition government, in fact lacks even the most rudimentary evidence for its effectiveness. Literary techniques aren’t effective, and phonics aren’t effective either.

What is a Bong Tree? is a brilliant meditation on the shared value of language, a blistering critique of an often misguided education system, and most of all, a fascinating portrait of a deeply complex character

Yet in every political statement, every essay lamenting the wrong-headed approach of education apparatchiks, he draws back from the precipice of his own righteous anger. In this way, his commitment to silliness reflects an understated critique of authority. When Rosen says that he tries to only ask questions to which he doesn’t know the answer, we are presented with an image of a man who seeks to dissolve the barrier that stands between him and a group of school children. When, in one essay, Rosen argues that adults ought to read children’s literature, the implication is that the aspirations of the education elite are twisted – they should aspire to read ‘the Very Hungry Caterpillar’. They should seek to understand ‘the BFG’ rather than inventing spurious hierarchies of literary quality which alienate and divide.

In the end, though, kindness far more than indignant anger shines through this collection. When Rosen cites CS Lewis’ nonsense poem ‘Jabberwocky’, the reader is left under no illusions that Rosen values the language therein for its own sake: “twas brillig, and the slimy toves / Did gyre and gimble in the wabe”. What is a Bong Tree? is a brilliant meditation on the shared value of language, a blistering critique of an often misguided education system, and most of all, a fascinating portrait of a deeply complex character.