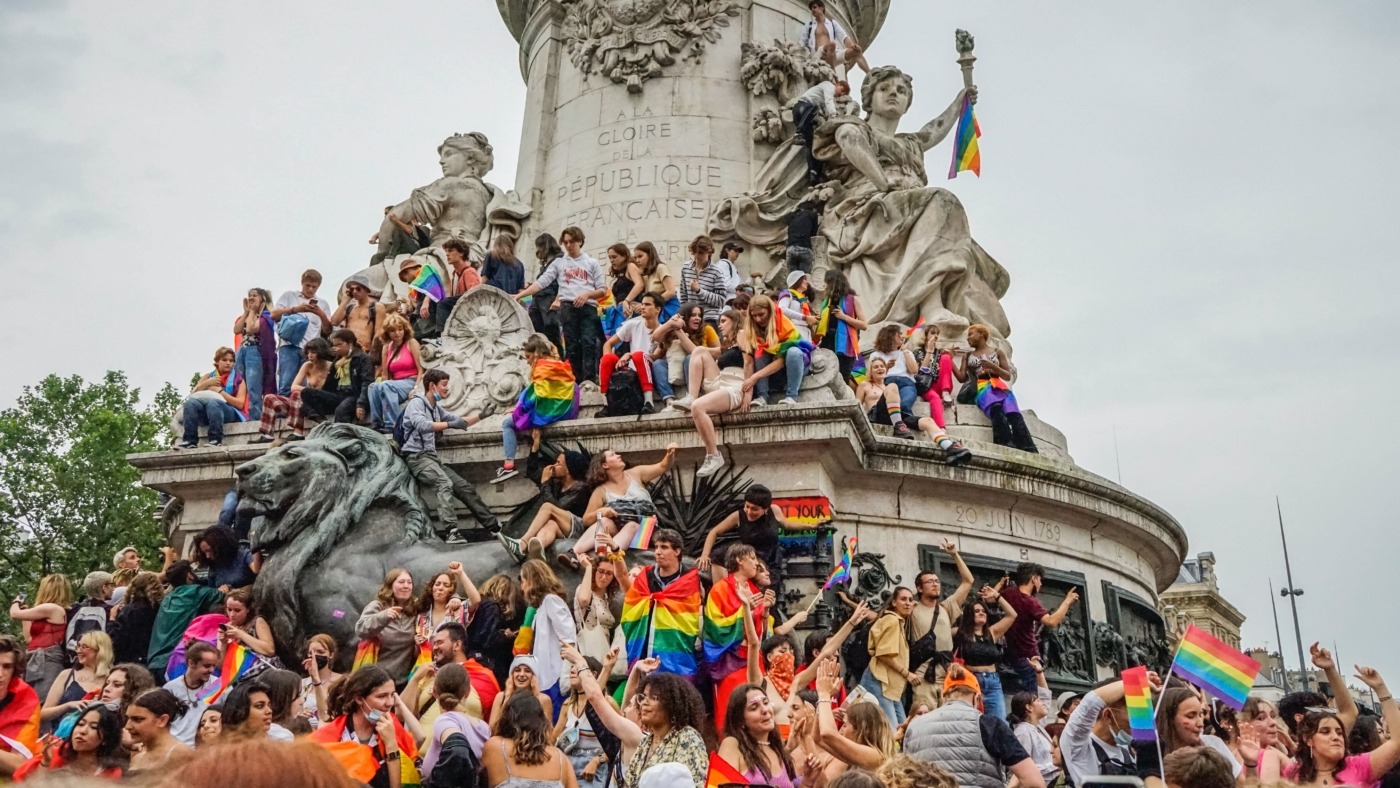 History is not only the matter of empires, bloody wars, and monarchs. History highlights peoples’ experiences through time. More than an academic field, it explores the lives of those who challenged the order in place to work towards a more inclusive and tolerant world. In that fight, marginalised communities have been the cornerstone of radical change. Here are five figures who not only marked LGBTQ+ History but changed the way we think about society.

No pride for some of us without liberation for all of us.

Marsha P. Johnson (1945-1992) was a passionate activist who fought on the frontline of the 60-70s civil rights revolution. Alongside Sylvia Rivera and tens of other activists, she was involved in the 1969 Stonewall Riots. On the 28 June 1969, The Stonewall Inn, a New York gay bar, faced yet another NYPD raid. These types of aggression were sadly common during a time when homosexuality was not only taboo but widely penalised in most states.

For Marsha, this was the last strike. She decided to fight back and stand up for her community’s rights. It was more than a fight for love. It was a fight for identity and the right to live in peace. What started as a refusal to comply with oppressive laws turned into the start of a liberation movement. Through her activism, Marsha pioneered intersectionality. As a transgender woman of colour and a sex worker, she had long experienced oppression and discrimination by institutions of power. By reclaiming “power to the people”, Johnson sent a powerful message to any human rights activist that freedom can only be reached once all of us are free.

Alongside Rivera, they opened STAR: the Street Transvestites Act Revolutionaries. They set up a safe place for anyone who had been kicked out for living their truth, especially transgender people and sex workers. Her recognition as a pioneer comes from her engagement in bringing awareness to LGBTQ+ rights and her bravery to take concrete actions. Nowadays, the Stonewall Riots are celebrated every year as Pride. It is crucial to remember that Pride is not just a colourful celebration spreading positivity. Pride is a tribute to those who fought teeth and nails for a safer world for all. It is a place to find unity in community and continue advocating for equal rights. We owe much to Marsha P. Johnson’s activism, and her name is a core part of LGBTQ+ history.

Self-defined “black, lesbian, mother, warrior, poet”, Audre Lorde (1934-1992) is one of the most influential American LGBTQ+ figures. Her activism is as powerful as her writing. While she wrote what would be considered formal essays, Lorde was a particularly successful advocate for equality through art. She used her sensibility to express what would be too heavy to carry by oneself. Her works highlight how it made her feel more than explaining the forms of discrimination she had to face every day. Although readers may not have lived the same experiences, Lorde’s art gives you an insight of what it is like navigating the world through her eyes. Using a deeply personal and intimate form of expression makes her writing touching.

Like Marsha, Audre Lorde advocated for marginalised communities through her own experience. She believed in intersectionality and campaigned against all sorts of discrimination, with a primary focus on tackling racism, homophobia, and sexism. Her poems in ‘Sister Outsider’ are both an inspirational call for activism and a tribute to Black women’s power and beauty.

Monique Wittig (1935-2003) was a French lesbian writer and activist. Her impact on challenging restraining conceptions of gender and sexuality is particularly interesting. Wittig argued for women emancipation and wrote extensively on the fluid and complex nature of gender. Her work and use of language are poetic and revolutionary. She’s a pioneer in reclaiming language as a key method to reach emancipation.

Her novel ‘Les Guérillères’ (‘The Warriors’) challenges the grammatical rule that masculine must win over feminine in the French language. In between poetry and prose, this novel plays on the omnipresence of the feminine plural pronoun. She highlights power imbalances that shape our everyday life. Wittig’s work is iconic in advocating for liberation and depicting marginalised people leading that revolution, instead of telling the overused trope of governing authorities being kind enough to recognise rights they have ignored for centuries.

Her contribution to LGBTQ+ History is spectacular in other works such as ‘The Lesbian Body’ and ‘The Straight Mind’. Engaged with denouncing sex as a restraining category compared to gender, her work is bold and enlightening. Similarly, to Lorde, her novel The Lesbian Body is as political as it is an ode to feminine beauty and self-empowerment. In a world where the female body is constantly seen through the male gaze but considered obscene through a woman’s lens, Wittig challenged the system through her writing and continues to inspire.

At first I was afraid to go into a gay bar, but I went in. They were the nicest people on the planet earth. I said, What the [heck]- why haven’t I been there before? It was a non-stop party; I loved it

Ifti Nasim (1946-2011) was a Pakistani poet and advocator of LGBTQ+ rights. His work tackles acceptance from society and oneself, especially in a religious context. Although his name is often forgotten, his art is a powerful testimony of his journey through acceptance. As he grew up in a societal and familial environment that did not let him live his truth, Nasim found the bravery to create that space for himself. Along the way, he produced inspirational work for anyone struggling on the path towards self-acceptance.

After moving to Chicago hoping to face less homophobia, he created Sangat, the first LGBTQ+ association for South Asian people. Through his engagement in creating safe spaces for LGBTQ+ people in America and Pakistan, he worked towards more acceptance via concrete means such as support groups and artistic expression such as poetry.

Nasim left an impactful imprint in Pakistani poetry by writing about his experience when homosexuality was still criminalised. By talking about his path to find himself, he showed the world how to use art to express what he sometimes struggled to put into words. I would highly recommend having a read of some of his poems.

Flags are torn from the soul of the people

Last but not least, Gilbert Baker (1951-2017) is not only an incredible artist, but he also created one of the most significant symbols of LGBTQ+ freedom and power: the Pride flag. Since his childhood, he had been interested in art. He first decided to follow a path judged more suitable by his parents and join the military. Yet, he left the army and found his true passion: flag designs.

Highly interested in national pride, he designed a 6-colours rainbow flag to unite LGBTQ+ people worldwide. It is an empowering means of resilience and community spirit. Baker gave life to the idea that, wherever you might be, you can find a home in this community. Today, the flag belongs to the public domain so that the fight for human rights remains free of rights.

In their own way, these five historical figures have shaped LGBTQUIA+ History and worked towards a better society. Although from different nationalities and backgrounds, they all share one thing in common, activism as a means of expression. Their art and persona will be remembered as highly influential, and, although the fight is not over, we should take a minute to thank them for paving the way so that new generations would be safer.