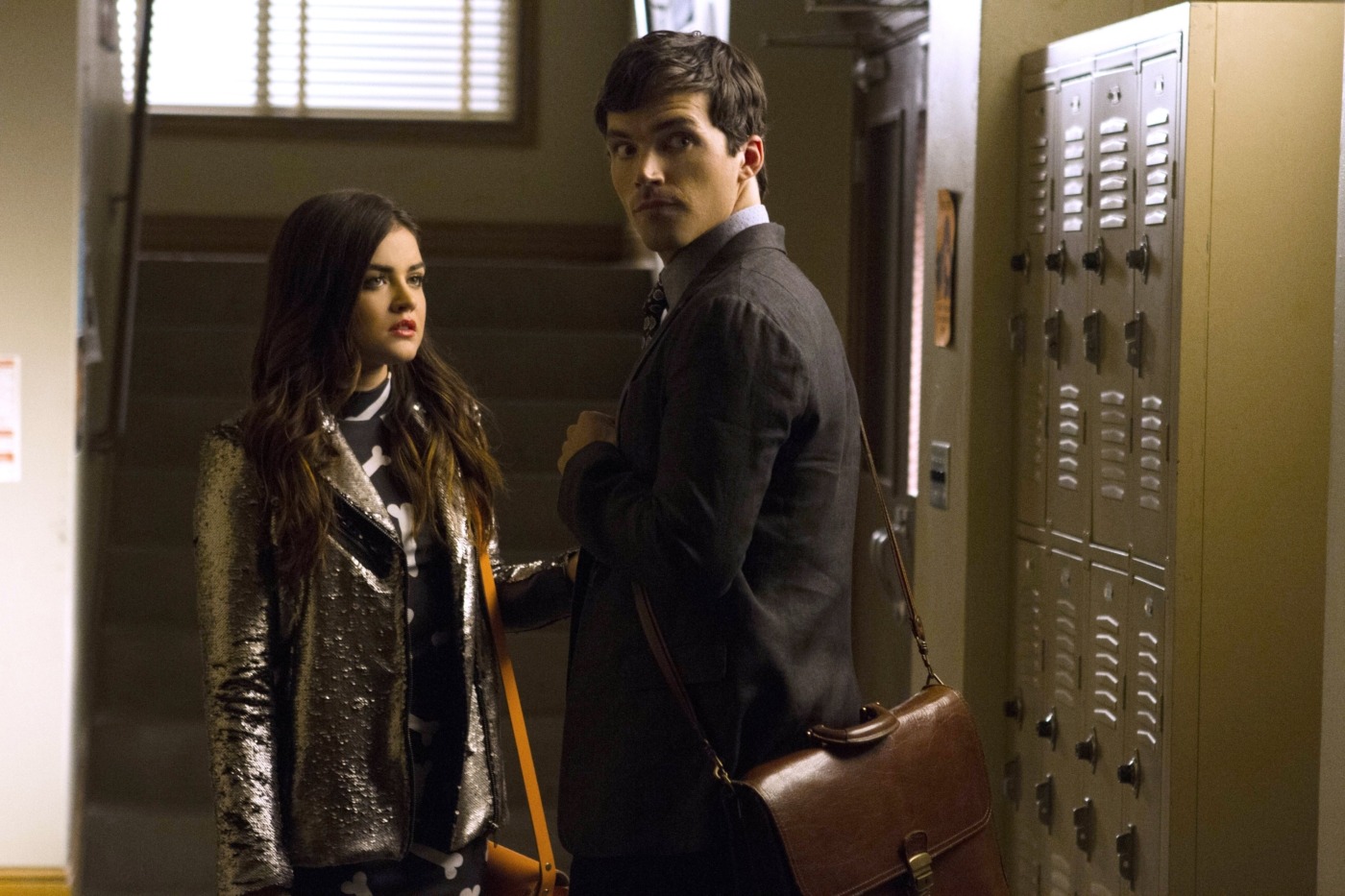 A ‘pretty little’ problem: the issue with inappropriate ages gaps in media

Grainy footage of a young girl in an infamous yellow top plays on a now-dated Windows Media Player interface. Blonde and beautiful, she smiles knowingly at the camera, seemingly flirting with whoever is filming. “I know you want to kiss me,” she brazenly teases.

It can be difficult to remember – as wise and self-assured as she seems, lounging back against a rock, lamenting the apparent lack of maturity of her friends – that she is not the grown woman with the lived experiences that could warrant such unflinching confidence. No, Alison DiLaurentis is a child of fifteen, a character written to portray the ‘older-than-her-years’ trope that has plagued Hollywood since its inception. It makes it all the more uncomfortable when the camera finally pans around to reveal the recipient of her fascinations – a man known to be nine years her senior.

Consequences for these adults were nowhere in sight

This scene comes from the Freeform television series Pretty Little Liars – a show that, across its seven-season run, became notorious for its convoluted storylines and fantastical plot points. It is also equally infamous for its routine depiction of protagonists – who, for at least the first half of the show, were minors – engaging in relationships that are nothing short of inappropriate with men well into their twenties. Consequences for these adults were nowhere in sight.

It goes without saying that this isn’t a problem exclusive to Pretty Little Liars. TV, movies, books, and songs alike have all used these relationships to further their fictional narratives. But there is something particularly unnerving about the glorification of relationships between minors and adults when most of the target demographic is below the age of consent themselves.

Perhaps if these storylines and relationships were handled with a little more tact and consideration – focusing their efforts on highlighting the obvious issues with them instead of working hard to glamourise what is, to put it plainly, grooming – then things might be a little different. Alas, a generation has instead come of age with some of the biggest shows of their time –  Pretty Little Liars, Gossip Girl, and The Vampire Diaries to name a few –  hypersexualising their teenage protagonists and pairing them off with adults without any real consideration for what the potential ramifications for their audience may be.

“It’s definitely something I’ve had to unlearn,” a family friend told me in conversation when discussing the ‘older-man with a much-younger-woman relationships’ that have featured in a lot of the media we’ve consumed over the years. “Watching these shows, seeing these relationships unfold – especially at such a young age – made them seem like something that was not only normal but something that should be aspired to. It’s only now, as an adult myself, that I have been able to take a step back and realise just how harmful they actually are.”

“Looking back, it was the hypersexualisation that probably affected me the most,” said another. “It was so normalised and I think I internalised a lot of it. It made me think that what they were doing was what I should be doing – how they were acting was how I should be acting. It was really quite a dangerous way of thinking.”

Manhattan’s Tracy, American Beauty’s Angela, Lolita, and Cathy in East of Eden are all prime examples of the hypersexualisation of teenage girls that works to justify the actions of their male counterparts. The actions of these characters are placed at fault. They’re intelligent, mature, and ‘jailbait’, for all intents and purposes – a horribly uncomfortable word used to describe individuals considered to be sexually attractive but are under the age of consent. Their entirely unrealistic and provocative nature shifts the blame onto them as opposed to their adult partners who should know better.

Of course, not every relationship featuring age gaps in media takes place between adults and minors. Noticeably large age gaps are still very common in fictional relationships between two consenting adults, but they themselves do not come without issues.

Age-gap relationships, even between consenting adults, can come with a myriad of power imbalances – be it in terms of personal values and life experience, or social status and financial stability. An individual who is 24, for example, may have graduated university and lived independently for a good few years – similar to someone who is 44. But the two may be at a very different point in their lives, one having considerably more life experience under their belt and may consequently be looking toward things that sound completely out of question for their younger partner.

When framed this way, friction in the relationship can sound almost inevitable, and opportunities for exploitation may easily present themselves. Taylor Swift’s ‘All Too Well’ short film depicts a turbulent relationship between a 20-year old woman and a 29-year-old-man, an autobiographical account of her own life. Cleverly using the actors Sadie Sink and Dylan O’Brien to contextualise the age gap, the film shows that although they are both adults there still remains a power imbalance related to their age.

This isn’t to completely demonise all relationships with age gaps, or vilify all individuals who participate in them. Relationships with age gaps are not inherently environments for power imbalances. My own mother and father were 23 and 29 respectively when they first met and have now been happily married for over twenty years. While it is true that sometimes unequal dynamics cannot be avoided, it is undeniable that certain factors should be taken into consideration upon entering one of these relationships.

All this being said, Pew Research Center’s analysis of 2010-2018 census and survey data of heterosexual relationships found that while there is a worldwide trend of women being younger than their male partners, it is only by an average of five years or less across in the cases of most countries.  This then raises the question – why are relationships with large age gaps so favoured by filmmakers and showrunners when it is statistically rare for heterosexual couples to have considerably large age gaps?

The escapism that TV and film can provide – telling stories full of scandal and intrigue that doesn’t necessarily reflect our everyday lives – could perhaps explain this disparity. But a look toward the climate and politics of media production itself may be where the true answer lies.

Whether it be Angelina Jolie being cast as the mother of an actor only one year her junior, or Maggie Gyllenhaal being told that being 37 made her ‘too old’ to play the love interest of a 55-year-old man, it is no secret that Hollywood has an ageism problem that it just can’t quite seem to shake. Casting agents seem to be reluctant to award older women with roles that see them playing someone attractive and desirable as if that is somehow ‘unrealistic’ – a trend that is noticeably not applied to their male co-stars.

The outright refusal to cast women in these roles, as seen in the case of Gyllenhaal, only works to further a notion seen throughout society where women have some kind of ‘expiry date’. The idea is that a woman reaches a certain age – typically her 30s – and suddenly lose all allure and appeal. Naturally, this is not the case, but when media routinely depicts men of varying ages only engaging in relationships with women of one singular age bracket, it can be difficult to think otherwise.

Suggesting that women have a finite time in which men will find them attractive and that it is okay that this period of time includes their teenage years, helps no one but those looking to prey on vulnerable young women. These two messages perpetuated by age gaps in the media compound to foster a concerning environment.

Studios creating these relationships need to take more care and responsibility for the stories that they are telling – especially when catering to audiences of younger demographics who may be influenced more easily by what they see on screen. But portrayals of large age gaps seem to be nothing short of a staple now in popular media, and it doesn’t seem like they’re going anywhere any time soon. 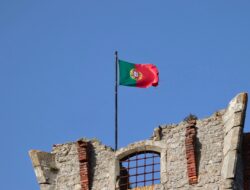