The year is 1908. The streets of New York are flooded as 15,000 women march in solidarity with one another. Each step is purposeful as they make their way from the Lower East Side up toward Union Square, where they rally together to make their demands heard. They are garment workers, on strike from the factories that abuse their labour, and they will not allow for their calls for safer working conditions, shorter hours, and better pay to go ignored. Together, they are fighting for their rights; they are fighting for change.

The year is 1910. 100 women from 17 countries come together in Copenhagen for the International Conference of Working Women. It is here that Clara Zetkin, German communist and women’s rights activist, proposes the idea of an internationally recognised day that ‘aids the attainment of women’s suffrage’. This is not the first time she has campaigned for a special day to mark the global solidarity of working women but, inspired by the New York women garment workers’ struggles — for that first march in 1908 was far from being their last — and the strength of the women socialists across Europe, she tries again nonetheless. This time, she succeeds: all 100 women support the proposal, unanimous in their agreement.

The importance of the day cannot be negated, neither past nor present.

The year is 1917. International Women’s Day has now been honoured for several years across Europe, marked each year by rallies and marches in the fight for the right to vote and hold public office and for an end to gendered discrimination in the world place. An important date in the socialist calendar, Russia celebrates on March 8 — there is no fixed date across the continent, yet — and this year, like most, crowds in the tens of thousands are beginning to congregate in the capital, Petrograd. Comprised primarily of women, they are there to make their demands heard. “Bread and Peace!” they call out for: an end to food shortages, an end to war, an end to czarist rule. The day goes on and the crowd only continues to grow, and by the time the sun begins to set, nearly 100,000 people are in attendance. It doesn’t stop here; workers take to the streets in even greater numbers in the days following until, one week later, Tsar Nicholas II abdicates the throne and the new provisional government takes control, becoming the first major power to grant women the right to vote. The Russian Revolution has begun.

Over the past century, International Women’s Day has played an integral role in the advancement of women’s rights and the pursuit of global gender equality. This year alone, dozens of demonstrations were held worldwide, women turning out in the thousands to protest issues that they continue to face to this day: women gathered in Turkey to oppose gender-based violence, in South Korea to challenge the gender-pay gap, and in Ukraine, Poland, Romania and Russia to spread anti-war sentiment and denounce the Russian invasion of Ukraine. The importance of the day cannot be negated, neither past nor present.

So why have I found myself becoming so disillusioned with the day?

This is a question that I have asked myself numerous times over the past month. Those who know me well are all too aware of how staunch a feminist I am — God only knows the amount of times I’ve butted heads with my more conservative family members over my ‘radical’ beliefs — so the notion that I would be anything less than overjoyed each time March 8 rolls around feels not only preposterous, but embarrassing. How dare I call myself a feminist whilst questioning the integrity of a day that celebrates the achievements of women and recognises the struggles that we face?

Alas, after countless nights of back and forth on this, I found the answer to my questions earlier this week — in the form of a Twitter account, of all things. Enter the ‘Gender Pay Gap Bot’, an aptly named Twitter bot that is programmed to quote tweet any company that uses the #InternationalWomensDay and reveal the average percentage difference between the wages of their male and female employees. The results, as you can imagine, are bleak.

Take Young’s Pubs, for example – a British pub chain that operates in nearly 220 locations. “Very proud to have you all in our team #IWD2022”, their corporate account tweeted on the morning of March 8, responding to a photo of three of their female employees. It took just over 10 minutes for the bot to work its magic and reveal to the wider Twitter-sphere that the hourly pay for women at this organisation is 73.2% less than their male colleagues. Like I said: bleak.

The true meaning and history of International Women’s Day seems to have been lost beneath the ironic commercialisation of what was once a milestone socialist holiday.

Young’s are not the only ones to find themselves in this predicament; a quick scroll through the bot’s account will demonstrate how most companies tweeting their support for International Women’s Day also continue to pay the women who work for them, on average, significantly less than male employees. It is this blatant hypocrisy that lies at the root of my resentment. How dare you post about #BreakTheBias when you, quite literally, are the bias?

In recent years, the true meaning and history of International Women’s Day seems to have been lost beneath the ironic commercialisation of what was once a milestone socialist holiday. It has become almost bastardised, reduced down to a PR technique for companies to show their ‘feminist support’ without actually having to make substantive change to their operations. Catchy slogans are offered instead of solutions. Pastel pink infographics are reshared instead of campaigning to ensure national curriculums provide adequate education on issues of gender discrimination. Discounts, coupons, emails of congratulations for being a ‘#BossBabe’ from fast-fashion companies flood inboxes, pledging that they ‘stand with women’, despite (in a very full-circle moment) the exploitation of garment workers being at the very core of their business models.

International Women’s Day was born of revolution, of a desire for change and the fight for a better future. This is not a lost tradition, evidenced by those who continue to use their March 8 to protest for what they believe in, but it is one that has become overshadowed by empty corporate promise and PR propaganda. 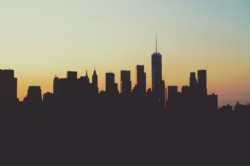