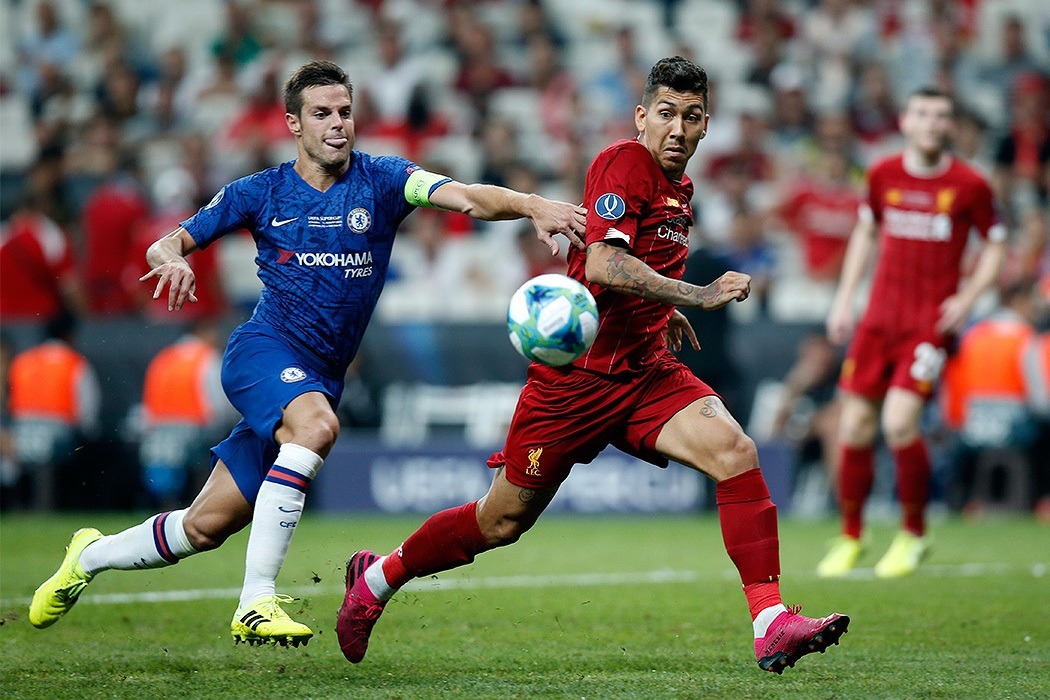 Has football evolved past the need for traditional strikers?

Growing up, everyone wanted to be a striker. The Year 10 vs Year 11 Clásico was saturated with forwards, mixed in with a handful of midﬁelders, defenders and, of course, whoever had drawn the short straw to go in between the sticks.

We all just wanted to imitate the players we idolised: Luis Suárez, Didier Drogba, Wayne Rooney. Yet if Premier League clubs did not play in a system to accommodate said players — to cultivate a type of player that would go on to earn their place in English football heritage — we would never have strived to emulate them.

Roma, Barcelona, and Liverpool have all changed the way they use the conventional Number 9 striker to further test the limits of the traditional game. To say that the striker in modern football is no longer the focal point of the team would not be entirely true, but to acknowledge that the role has evolved tactically and positionally would be to accept that clubs have had to adapt to ensure they score goals and win games.

In the early days of the Premier League, teams tended not to stray away from the classic
4-4-2. A crutch for many teams, the formation provided two compact banks of four and left two strikers furthest forward.

The False 9 later became more than a striker who could simply drop into space, and began to demand greater technical on-the-ball skills of the players who wished to take on the mantle

Teams began to adapt their use of the 4-4-2, most notably Liverpool’s treble winning 2001 side, whose strike partnership of Emile Heskey and Michael Owen constantly made the headlines. Heskey was used as a strong, traditional centre forward to compete against the centre back and win knockdowns for the quicker, more agile Owen.

The pair managed to score an impressive 171 goals in ﬁve years on Merseyside, before Owen’s move to Real Madrid in 2004. Such a system has since largely been denounced as ‘long-ball football’ and has been viewed as unfavourable in the modern era of elite football.

Yet, for teams without the luxury of constant squad rotation or versatile formations, bypassing the midﬁeld with a single lofted pass still proves a useful tactic, not least in the lower tiers of the English Football League.

As what was originally a working man’s game, and what should still be accessible for all, the classic two-man striker partnership does still maintain its place at the heart of football in the face of the evolving, modern game.

To sacriﬁce playing with a traditional striker is a bold move for any manager. In 2006, with the team plagued by injuries, AS Roma manager Luciano Spalletti was forced into many positional changes.

Although they still had a strong back line, Roma’s midﬁeld had been, at best, organised chaos. Spalletti took this opportunity to play Francesco Totti in what is now known as the ‘False Nine’ role.

Totti’s dynamic movement allowed him to drop into the space between the midﬁeld and defence and draw the centre back out of position, creating space to be exploited by attacking midﬁelders.

Spaletti’s Roma would go on to win two consecutive Coppa Italia titles, with Totti’s new role paving the way for the Number 9 position to be altered even more radically by Pep Guardiola years later.

The False 9 later became more than a striker who could simply drop into space, and began to demand greater technical on-the-ball skills of the players who wished to take on the mantle.

Supported by a philosophy of possession-based football, Barcelona’s 4-3-3 formation is revered for being an unwavering goal scoring system.

In 2011, Guardiola’s decision to move Lionel Messi from a wide position to take a central role created a system with intricate passing and dynamic movement at its core.

As a False 9, not only did the system allow Messi to stray in and out of the space between the midﬁeld and defence, but the reinvented position was moulded around his innate agility, low centre of gravity and precise passing. Messi truly became the central cog in Guardiola’s relentless footballing machine, going on to score a record 91 goals in 2012.

Roberto Firmino has since gone on to push the role even further, albeit without the same attacking returns as Messi. Described simply as a “connector” by Jürgen Klopp, Firmino is perhaps the most selﬂess player in the Premier League.

Since joining Liverpool in 2015, Klopp revitalised the False 9, using Firmino as a striker whose role was not necessarily to score goals himself, but rather to ensure that the team did.

By dropping into midﬁeld, Firmino created space for Sadio Mané and Mohamed Salah to exploit behind the defensive line, which in turn gave the fullbacks licence to drive forward. It is no coincidence that Liverpool have scored on average over two goals per game in the last five seasons, and 2.43 goals per game already in 2021-22 still under Klopp.

Firmino has been instrumental to Liverpool’s and Klopp’s relative success through what is a somewhat altruistic reinterpretation of the striker role.

Klopp has transformed the Liverpool forward line even further. After guiding Dortmund to two consecutive Bundesliga titles, Klopp was approached by Liverpool in 2015. He brought a style of so-called ‘heavy metal football’: relentless, intense gegenpressing and counter-attacking football, and a passion for football which had long since been synonymous with Liverpool’s historic football
philosophy.

Although the Liverpool squad contained out-and-out strikers, why is it that under Klopp, the club’s top scorer has consistently been a winger? It could be that Salah, with over 150 goals in five seasons at the club, is simply one of the most talented individuals that the Premier League — and, indeed, world football — has ever seen. Or, could it be that Klopp has cultivated a player and a system which goes so far as to almost reject the need for a recognised striker?

Following the signing of Diogo Jota in time for the 2020-21 season and with Firmino hounded by small injuries, Liverpool’s front three consisted of three wingers: Mané, Jota and Salah.

Although each player has their preferred position across the forward line, the three take it in turns to launch coordinated waves of pressure on the defence when not in possession, and during attacking phases, they are comfortable with interchanging positions.

Since the Portuguese forward’s arrival, Mané, Jota and Salah have scored over 120 goals in two Premier League campaigns.

A winning football team will, of course, always be the one that scores more than the opposition, no matter the system, level, or formation

Perhaps such complexities are not characteristic of Klopp’s dogmatic ‘heavy metal football’, but having already won ﬁve trophies in six full seasons at Liverpool, the German might now be regarded as the conductor responsible for orchestrating a passionate and intricate symphony of football.

To use three wingers in a forward line for one of the best teams in the world is an audacious decision, but to neglect to use a striker altogether might usually be considered altogether ridiculous.

With Gabriel Jesus and Sergio Agüero sidelined towards the start of the 2020-21 season, Manchester City were stranded 14th in the Premier League without a recognized ﬁrst-team striker.

Rather than investing blindly, as City had perhaps done in the years before his appointment, Guardiola fell back on the False 9 system with Kevin De Bruyne or Bernardo Silva ﬁlling in at striker.

Although Guardiola chose to not play with a recognised striker, instead preferring a central midﬁelder to lead the attack, the manager put trust in the ﬁnishing abilities of all his players.

City would go on to win the league after an injury-devastated Liverpool limped out of the title chase with eight games remaining. By applying his own footballing principles to his Manchester City side, Guardiola proved that his nous and experience transcended the traditional norms of the game to lead us to truly question whether clubs require a striker to score goals and to be successful.

Modern football has evolved as a consequence of managers — revolutionaries of footballing philosophy – taking calculated risks to win games. Football owes a lot to radical thinkers like Guardiola and Klopp for challenging the perhaps outdated norms of the traditional game, in favour of new interpretations of how success can be achieved.

However, it remains clear that these are not universal ideas. Elite level clubs can afford to take greater risks, kept aﬂoat by squad depth and constant investment, but lower league teams must revert to consistent, rigid styles of football due to lack of investment.

Ultimately, although all teams strive to emulate the greatest clubs in the game, just as we once did in our lunchtime Clásicos, one crucial fact remains: a winning football team will, of course, always be the one that scores more than the opposition, no matter the system, level, or formation.