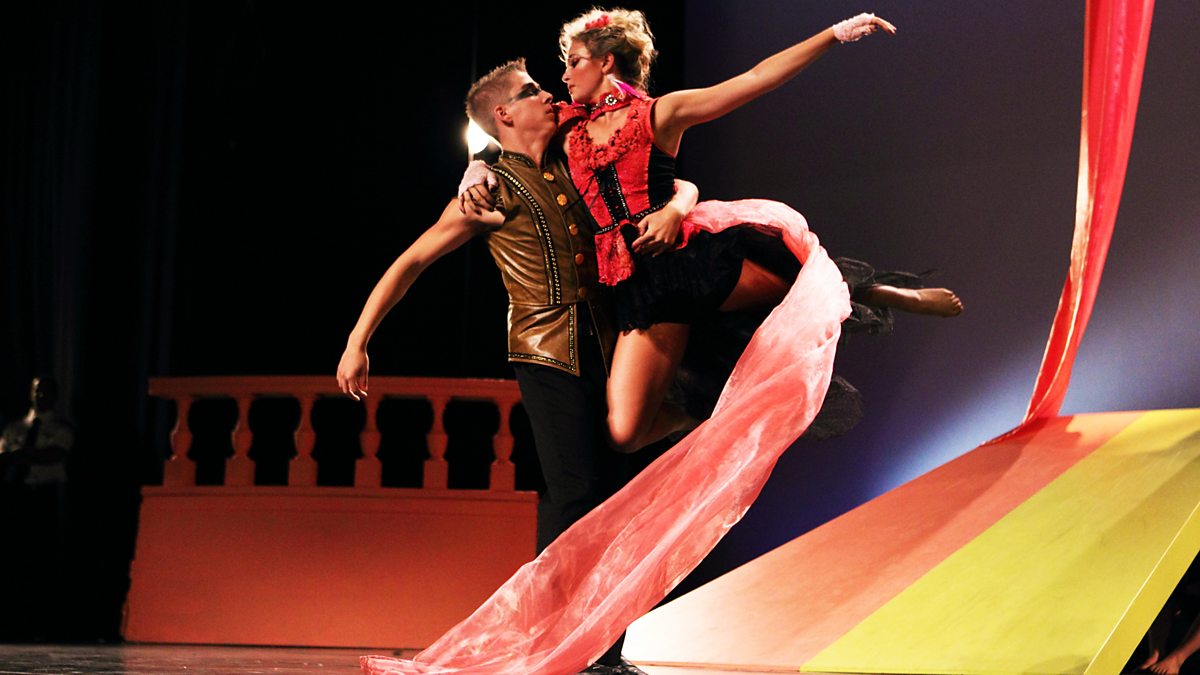 For those of us who grew up in the early to mid-2000s, watching Nickelodeon and CBBC, The Next Step remains one of the most iconic and nostalgic shows that we remember from our screens. Despite being one of the few Canadian shows to make it to CBBC, it sat among the channel’s royalty, The Dumping Ground, Horrible Histories, and M.I.High, (just to cherrypick a few), if only as a member of the royal court. It also marks a fundamental shift from children’s to adult programmes, as it was one of the few shows marketed towards teenagers that introduced the concept of long-term relationships and love triangles on air at the time— much like Riverdale, Sabrina, and Sex Education are today. Although it isn’t one of the best shows ever made, it’s a massive guilty pleasure of mine.

(in my mum’s words), “very, very talented dancers but not exactly actors”.

If you’re unfamiliar, The Next Step is a Canadian teen drama television series, shot in a mockumentary style influenced by reality television, and ran for a total of 7 seasons from 2013 to 2019. It might surprise people that the show was able to run for as long as it did since the stars of the show were, (in my mum’s words), “very, very talented dancers but not exactly actors”. Most people I’ve spoken to agree that the earlier seasons were much more enjoyable than the later ones, with a much more familiar cast of characters.

Compared to other dance-based shows at the time, (in hindsight, why were we all so obsessed with ‘dance’ programs in the mid-2000s?), The Next Step is like the illegitimate Canadian lovechild of Dance Academy and Dance Moms. It fuses the reality show format of Dance Moms, (with oversaturated dramatics and talking-head interviews), with the ‘serious’ teen dance stories that are covered in Dance Academy. Sometimes, the writing wanders too far into the Riverdale realm of surreal or lack of direction, but it usually manages to real itself back in by the end of the episode. It’s best not to think too hard about the plot, otherwise, you’ll start wondering why Eldon has to turn 100 pirouettes to demonstrate that he’s serious about dating Thalia.

In terms of filming and acting, it isn’t always the best, (none of the child actors are really actors but dancers who are able to read their lines semi-convincingly), but it almost adds to the entertainment factor. The show seems to be self-aware and this cultivates in some of my favourite parts and performances in the show, “do what we do best… what, are we going to start drama to get the metal detector?” being, in my opinion, one of the funniest lines from season 1.

Interestingly, the show featured the first same-sex kiss to be aired on CBBC, which wasn’t until July 2020, (although there had been a decent handful of same-sex couples that had appeared on the channel before this). This actually captured the attention of a lot of former viewers, who had stopped watching during the later seasons and drew them back to the show. There was a mild social media buzz around the same-sex couple who were featured in season 7, (Cleo and Jude), and the show experienced a brief reprise in popularity for its positive representation.

The drama is fairly mild, (in spite of the show’s capability to blow everything out of proportion)

However, for my generation, the earlier seasons of the show are the ones that are the most nostalgic and, certainly, are the ones that I’ve rewatched time and time again. The drama is fairly mild, (in spite of the show’s capability to blow everything out of proportion), which means that it makes for a good comfort watch. While it is questionable at times, (remember when Emily bullied Michelle and Chloe relentlessly but none of the adults in the show did anything about it?), the writing is enjoyable and the characters do hold a special place in my heart, no matter how poorly constructed some of them are.

It’s not going to win any BAFTAs any time soon, nor is it the kind of show that you insist your friends should go home and watch straight away, but it’s undeniable that The Next Step is one of my greatest guilty pleasures.