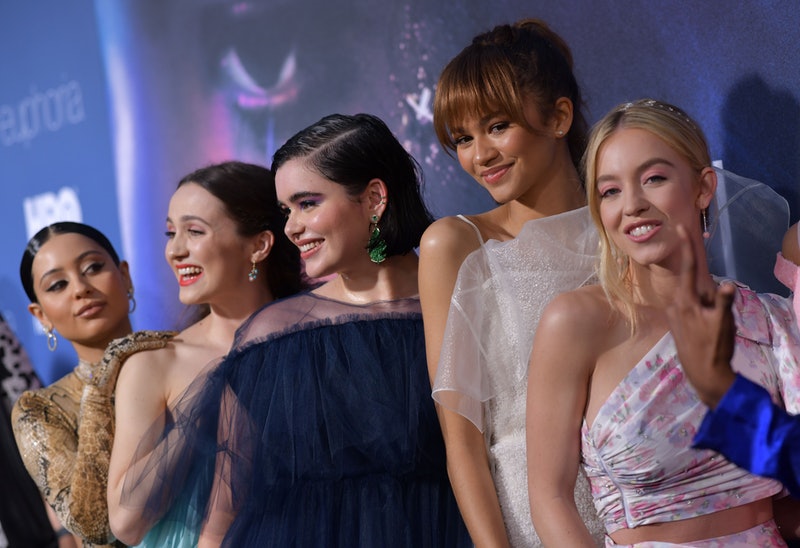 Euphoria Finale: The Masterstroke of the Series

Viewers have been captivated by weekly releases of the show’s second season. Its success generated countless of discussions over the show’s aesthetic, especially on social media. Now that January’s TV event came to an end, all eyes are on the finale. Euphoria is often criticised for glamorising complex topics such as addiction or showing insensitive scenes, but in reality, it portrays complex storylines in depth. This is especially true in the second season, and the last episode makes sense of everything. Euphoria’s achieved a masterstroke when directing this episode.

From the beginning, Rue (Zendaya) narrates the story, but lately, Lexi (Maude Apatow) brought fresh air to the series by taking over with playwriting. Shifting narration styles puts the series on another level to avoid falling into the trap of simply copying the first season. Although it had already been explored in previous episodes, the finale brings us even more information on Rue and Lexi’s characters by navigating both of their storylines as well as past and present to dive into our understanding of the characters. Let’s be honest, there is nothing nicer than seeing character development for a series to evolve.

Instead of embracing herself by recognising her responsibilities, she gives in to the villain figure she thinks that others perceive her as.

On that ground, Lexi’s play is true fanservice by pushing characters to face their issues as individuals and as friends; as if the audience could put the characters in front of their own issues. Even better, the result of it is absolutely hilarious! Lexi’s newfound way to express herself also draws the line between her recent blooming and Cassie’s (Sydney Sweeney) descent into hell. This episode truly embodies her confidence through art as she boldly finds ways for the show to go on. On the contrary, Cassie’s unprocessed insecurities prevent her from understanding Lexi’s art as a way to reflect on herself. Instead of embracing herself by recognising her responsibilities, she gives in to the villain figure she thinks that others perceive her as. This is as much a comic episode as it is a psychological one.

Comparable is how Rue and Lexi’s friendship grows closer because both characters have worked on themselves enough to face the imperfectness of their relationship. The last episode shows Rue’s recovery without dismissing that she has been through significant trauma and being too unrealistic for the sake of a happy ending. She finds hope in acknowledging that she will face hard times again, but for now, she’s clean, and it is enough. Her hope allows Rue to understand their friendship better through the play.

it felt like another use of the trope of women fighting against each other because of men, which only puts men at the centre.

Communication is not talked about enough in friendships. This episode was especially crucial in showing its importance after putting Cassie and Maddie (Alexa Demie) against each other. Although Maddie and Cassie’s drama was entertaining, it felt like another use of the trope of women fighting against each other because of men, which only puts men at the centre. Digging more into Nate’s psychology is interesting, but turning Cassie and Maddie’s friendship into a fight over him only reinforces the idea that women are adversaries whose lives revolve around caring for a man. Other themes could be explored, such as the lack of communication between the two women. Presenting their friendship as a fragile thing easily destroyed by a boy is problematic.

Whether he has simply been hurt, or worse, watchers can expect this to be a major issue for season 3.

Euphoria’s character’s development shines through the show’s music. While the first season already showcased incredible songs, this last episode contained the best of the series while putting the spotlight on the actors’ musical talents. Although Eliot’s (Dominic Fike) song was criticised for taking too much time in the episode, it was a beautiful moment that brought much to his friendship with Rue. I’m Tired by Labyrinth, and Zendaya is by far the best song of the series. It tells the story of someone who finds the strength to fight after a challenging period and hopes it will be enough. The shift from “I’m tired” to “I’m trying” illustrates Rue’s journey perfectly and delivers a message of hope which contrasts with the season 1 finale.

Now, what is a season finale without good suspense leaving you craving for the next season? While season 1 ended with uncertainty over Rue’s fate, season 2 left us in the dark on Fezco (Angus Cloud) and Ashtray’s (Javon ‘Wanna’ Walton) situation. The countless alternation in-between the play and the police raid at Fezco’s house shows once again how the series plays with the audience to leave us hanging on until the last second. Euphoria is all about ‘show, don’t tell’. Or even more, it is about making you feel instead of telling. The episode creates a tense atmosphere as we fear for Fez’s life but then understand it is more and more likely that Ashtray will be in danger. We feel for Fez, who tried his best to protect his brother. This is also a way to denounce police violence by its threat to a child’s life. We understand that Ashtray must have been shot, but it is not clearly presented. Whether he has simply been hurt, or worse, watchers can expect this to be a major issue for season 3.

We witness how she experiences her gender identity, and she previously expressed a desire to decenter her notion of femininity from men

Although this episode was definitely well-thought-out, it leaves us with some questions, and some characters deserve to be given more attention. Jules (Hunter Schafer) had had a special episode that laid the groundwork for seeing her develop, but most of her issues remain unaddressed. We witness how she experiences her gender identity, and she previously expressed a desire to decenter her notion of femininity from men, yet she’s barely given space to do so. We see her personality shining through how she navigates taking care of Rue, dealing with the break-up and their disputes, but there is not much on her personal life aspirations and dreams. Kat’s (Barbie Ferreira) life goals and problems have been barely tackled. She’s given less screentime in this season while there is still much to explore. Gia (Storm Reid) clearly gains more importance in the second season but is almost absent from the last episode.

There is also a lot of potential to explore the relationship between the show’s mothers, especially Rue’s and Cassie and Lexi’s mom (respectively Nika King and Alanna Ubach). They face similar struggles of raising their children independently and tackling addiction through different aspects of their lives, whether from their loved ones or themselves. I am a huge admirer of season 2, but there is still much more to be done in the next one. All we have to do is wait for season 3, and I’m sure it will not disappoint!