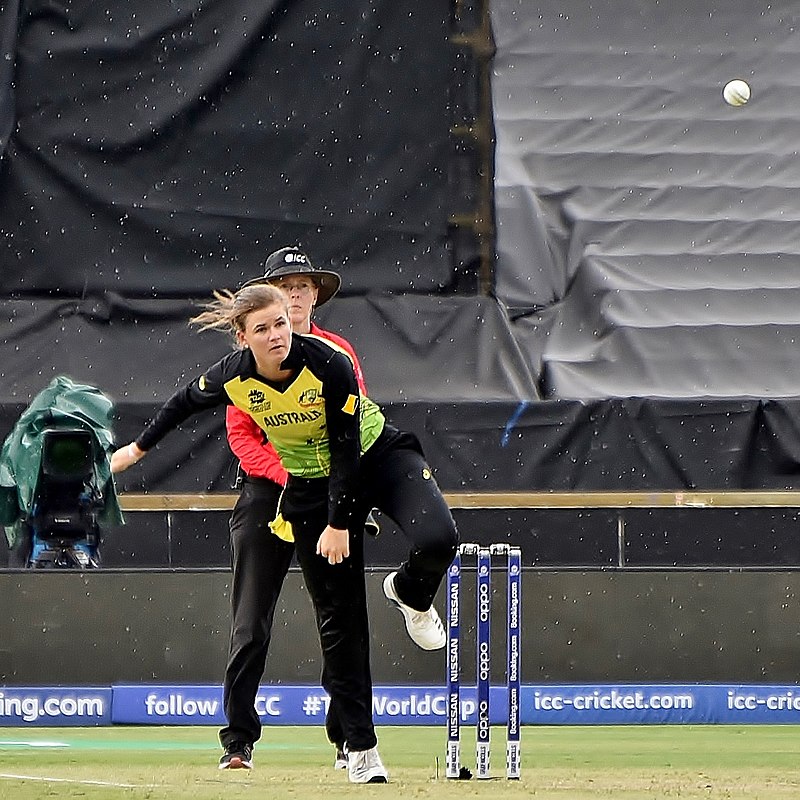 The Women’s World Cup was claimed by Australia as they blew England away in Sunday’s final, winning by a stunning 71 runs.

Records aplenty fell as the Australians cemented their place as the number one international women’s cricket team, adding the World Cup to their T20 World Cup and Ashes titles they already claimed.

Alyssa Healy ran the show, taking a near unfathomable 170 runs from 138 balls, the highest tally achieved in either a women’s or men’s World Cup final. The 160 she and partner Rachael Haynes earnt together, and the team’s total of 356-5 are also records for the women’s final.

England claimed the title back in 2017 but came into this clash as big underdogs given the astonishing progress made by Australia in recent years. They were duly dispatched by an Australia team that were simply a cut above, although their decision to field first in brilliant batting conditions may be one that they regret.

With Australia claiming 356 runs in the first innings, it was no doubt always going to be a tough ask for England to make such a drastic recovery when their turn to bat came around, but with the team failing to survive the full 50 overs, it was clear that they were simply facing a better team in all areas of the game.

Alana King and Jess Jonassen each took three wickets for Australia as they romped to victory.

There are no doubts we wanted this trophy in our cabinet. It has been an amazing effort over a number of years and to finish it off like this is amazing

Admittedly, England did extremely well to make it all the way to the final, having begun the tournament in torrid fashion, losing all of their first three games.

Five straight wins following this start was enough to drag the team all the way to the final in what was a fantastic turnaround, but they came up against an Australia team who had won every game on their way to the showpiece clash.

Shrubsole and Sciver are likely the two happiest players in the England camp, having both put in respectable showings in the final, but things could have perhaps been different if England had utilised Sciver in the first innings, as she looked to be their form player on the day.

Australia captain Meg Lanning said after the final that she was “really pleased” with the result and her team’s performance: “There are no doubts we wanted this trophy in our cabinet. It has been an amazing effort over a number of years and to finish it off like this is amazing.”

Perhaps it was inevitable that England would fall just short, given the outstanding quality of both Australia’s performance throughout the tournament, and their long-term preparations.

However, it should be noted that it was a brilliant effort from England to come this close, and maybe with a few more years work, they could certainly find themselves in a similar position as the new World Champions.

For now though, congratulations to Australia on a phenomenal World Cup run and win – 2025 will be exciting.