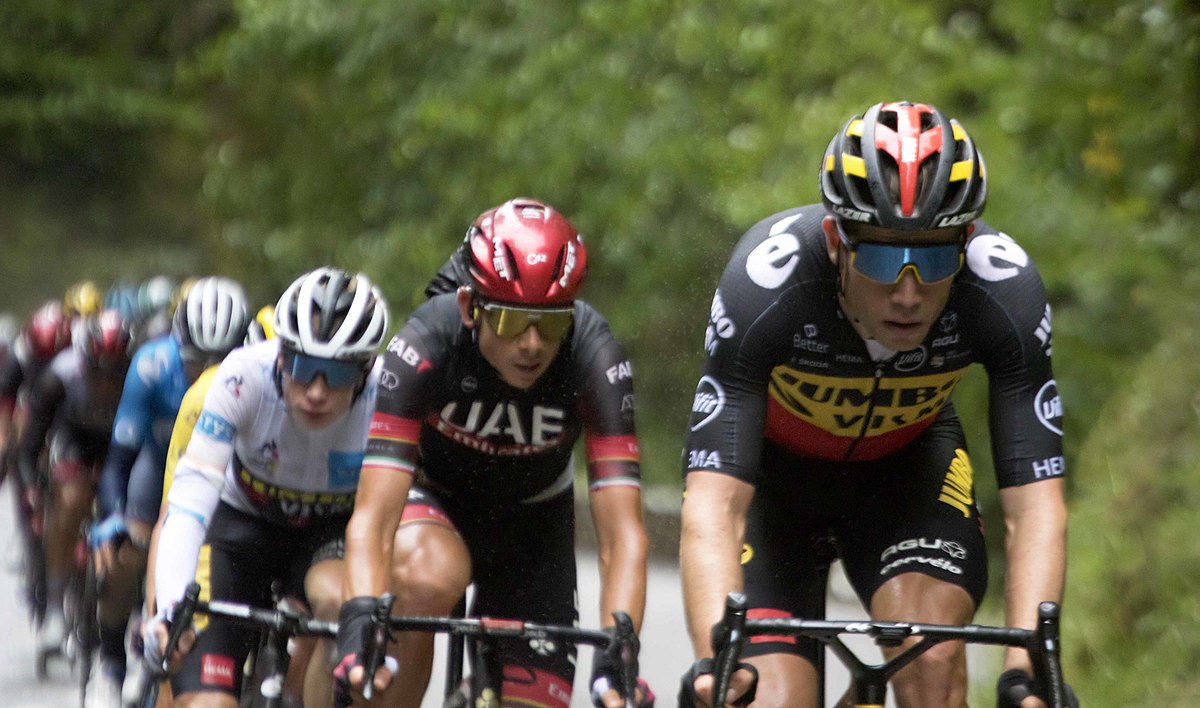 The opening weekend of the road cycling season kicked off on Saturday 26 February, with a dominant win for Wout van Aert of Team Jumbo-Visma in Omloop Het Nieuwsblad.

Although the road cycling season has officially been underway for the best part of a month now, ‘opening weekend’ marks the start of the traditional Northern-European calendar, and the first set of races, riders specifically target as goals for the season. Success here can set the rhythm for the rest of the Spring Classics, and earmark riders for success all the way through to the World Championships in late September.

The unseasonably calm weather did nothing to ease the nerves that were evident in the peloton as soon as TV coverage started with 80km to go. Riders were dodging the traditional assortment of obstacles that are ever-present on Belgian roads, hopping onto kerbs and into the grass to do so. A flurry of attacks over the next 10km did nothing to settle the worries, and resulted in an upping of the pace and riders dropping out the back of the peloton.

The head of the race was a calmer affair, where a break of seven riders enjoyed a healthy gap of over two minutes to the peloton headed by Team Jumbo-Visma, who were controlling the lead for the pre-race favourite Wout van Aert. More attacks came and went, but no rider could make a lasting impression on the race, always being quickly reeled in by the team in yellow and black.

However, any illusions of order were quickly shattered, when Ben Turner of Ineos Grenadiers, working for his teammate Tom Pidcock, surged on the Holleweg section of cobblestones behind. A massive crash took out many, and slimmed the bunch down for the first time in the race.

The next 30km kept up the now relentless pace, with crashes and punctures dropping as many riders as the fierce Flemish helligen.

Jumbo Visma then went from control to attack, sending van Aert’s chief lieutenant, Tiesj Benoot, up the road. The move was quickly marked by the Ineos duo of Pidcock – fresh from his Cyclocross World Championship win – and Jhonatan Narváez, before being joined by van Aert himself. Moments later, and the European champion, Sonny Colbrelli joined the quartet and for a moment it looked like everyone else’s race was over.

Sometimes attack is the best defence… it worked out well

Conspicuously missing from this front group, however, was Quick-Step Alpha Vinyl who, in their various guises, had won this race four times and had placed on countless other occasions. They quickly realised the enormity of their error, and sent to work Kasper Asgreen – the winner of the Tour of Flanders – to reel in the escapees.

The 30-second gap the quintet had amassed was quickly whittled down through both the strength of Asgreen, and the lack of unity in the front group.

On the penultimate climb of the day, the infamous ‘Muur’, the gap was no more than 10 seconds, and the indefatigable Benoot struck out from the front group once more. A rampaging peloton quickly swallowed the remaining quartet but struggled to close the gap to Benoot until fellow Belgian Oliver Naesen reeled him in on the tight and technical descent.

13km and one more cobbled climb to go and the race was still together, a bunch sprint looked inevitable and, with most other sprinters dropped, Wout van Aert the favourite. If anyone was going to win this alone, they’d have to attack soon and attack hard.

The attack came at the foot of the Bosberg, from none other than van Aert himself. Nobody wanted, or more likely, was able, to follow. At the top he had ten seconds, and he never looked back.

Despite some strong rotation from the teams behind, the gap continued to grow, and van Aert cruised across the finish line, arms aloft, with more than 20 seconds on second-placed Colbrelli. Fellow Belgian Greg van Avermaet rounded off the podium, with the best-placed Brit, Owain Doull, in 16th.

After the race, when asked about his slightly unorthodox tactics given the superiority of his sprint, van Aert quipped “sometimes attack is the best defence… it worked out well”. With a sprint to rival that of any elite sprinter, and the endurance to hold a gap to 20 of the best riders in the peloton, Wout van Aert has reminded the cycling world that a Monument and three Tour de France stage wins in 2021 was no fluke. And if he can continue this sort of form, few will be betting against similar success this season.