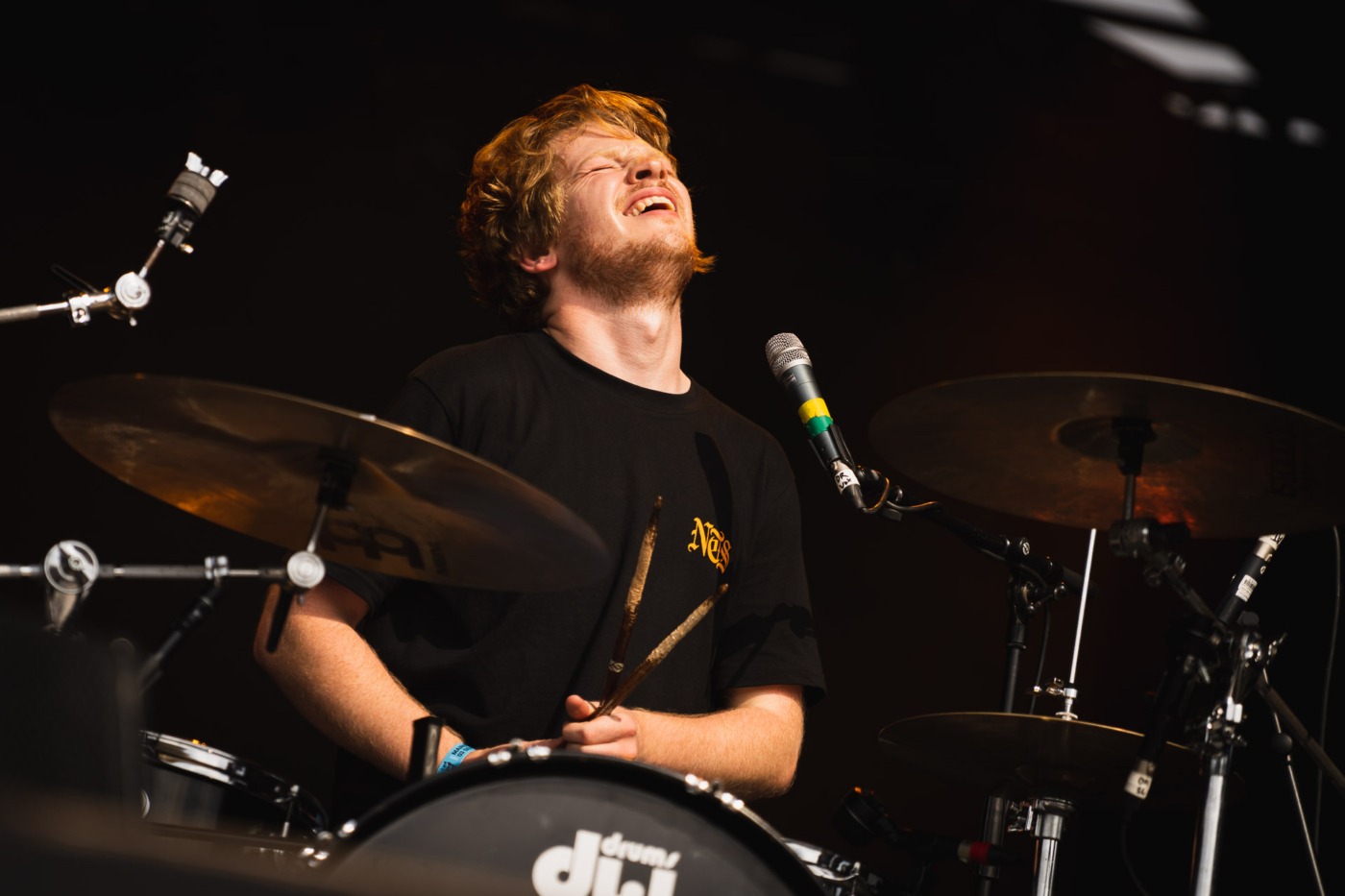 A good line-up can be a stressful thing. Set times can clash, waits can be tedious, and the performances might not live up to your expectations. On most of these accounts, Wide Awake festival in Brixton’s Brockwell Park, a one-day celebration of everything post-punk (plus lots of other stuff) did not disappoint.

Wide Awake Festival was a wholesome and tiring day of post-punk revelry, celebrating not just the new, but also the innovative and the political in music. Most of my day was spent idling near the Brixton Windmill stage where, true to form, many of the bands who have given that shabby looking pub such a big name in the world of post-punk played. The headliners here were Shame, but the evening sets by rising stars Black Country, New Road and Black Midi were what most people came to see. Along with IDLES’ early afternoon set, they stick out the most in my memory, although to pick favourites amongst such a line-up would be difficult.

Each encounter left me cheery and confident for more conversation.

Having such an early performance by IDLES set a fortuitous tone for the rest of the day and with Squid and Goat Girl playing in the hours after, I didn’t stray far from the Windmill stage for long. Before breaking into ‘Model Village’ –a typically political IDLES anthem – Joe Talbot talked about how today meant a break in the cycle of Englishness that most of us will go back to the following morning. “The cycle of Englishness that we can break by loving each other and singing along with IDLES”. I might not just be singing along with IDLES after Wide Awake, but I can certainly get behind breaking the cycle that lockdowns have only spurred on.

I felt like a child in a toyshop at Wide Awake. Judging by the other people I encountered, so did they. I didn’t feel torn about which sets to see, I simply wanted to experience as much as possible and I left that night with the blistered feet and sun-cream matted skin to prove it. The COVID restrictions of months gone by were a distant memory as the heat of the day made the astonishing beer prices look reasonable. Being able to simply talk to random people felt like a great novelty, and that perfect festival familiarity took over once I got used to the site’s layout. Each encounter left me cheery and confident for more conversation. I even ran into some old friends at one point, but I also made a few new ones. Post-punk music might sound harsh and angry, but those who listen to it imbue the opposite qualities. There was also a lot to discuss critically with other fans as many of the artists there had not played in a while. In some cases, it was rather obvious. Squid were certainly more lacklustre in their performance than I would have thought possible. There is only so much screechy feedback a set should have; plus, they had no atmosphere. I found myself zoning out, but maybe I was just dehydrated. Black Country, New Road played several new songs, much to the delight – and brief confusion – of their audience. I for one cannot wait for their sophomore release. Sadly though, like Squid, they suffered from a dull edge. Isaac Wood’s vocals were drowned out by the audience and the new tracks somewhat jarred with their other, more familiar songs.

One of my biggest worries about Wide Awake was to do with Black Midi’s attendance. In the days before, I had been following Facebook carefully. Their lead singer Geordie Greep had been struck ill with a throat infection, and they were rescheduling most of their early September shows. As such, his presence on the stage that Friday night, clad in full Adidas tracksuit plus shirt and tie, was nothing short of miraculous. They even had a horn section, with Black Country’s Lewis Evans in tow! Sadly though, it was clear again that the festival’s sound crews were doing the artists a disservice. Cameron Picton’s vocals on ‘Slow’ – already a song characterised by his subtle and articulate cadence – was almost indiscernible amidst the buzz and chatter from the audience. Thankfully, it only slightly marred their performance. They were arguably the most iconic band there, and were deserving of their late evening set. Performances by the other acts also helped resolve much of the latter-mentioned issues.

Dry Cleaning and Goat Girl put on formidable shows, especially in the former’s case, being a last-minute addition and incredibly recent act on the post-punk scene. Shame’s headline performance was excellent, although they already have a proven reputation for solid live sets. As headliners, they felt every bit the giants of British punk they are, although Black Midi did outshine them with their more explosive and diverse sound. Either way, neither act will be a stranger to future festival line-ups.

Amongst all those shining gems, though, were artists who were new to me, yet were just as exciting and memorable – and who have now earned a place on my playlists. I caught snippets of performances by Lazarus Kane, Self Esteem, Porridge Radio, and A Certain Ratio, and was not disappointed, especially by the former two. With six stages scattered nearby, the festival ground was a tight hub of activity where the attendees could sample from an incredibly wide range of music, but it didn’t feel too hemmed in or cheap. I left Wide Awake Festival feeling jubilant and rejuvenated. The festival certainly lived up to its name. I had had my fill not only of live music, but also of social interactions. I was buzzing.
After a pandemic where the arts have suffered so greatly, and where the government’s lack of consideration for them was made obvious, Wide Awake stands as a loud and dynamic celebration of all that was put on hold, and all that is great about British music. It will certainly become an annual pilgrimage for me.