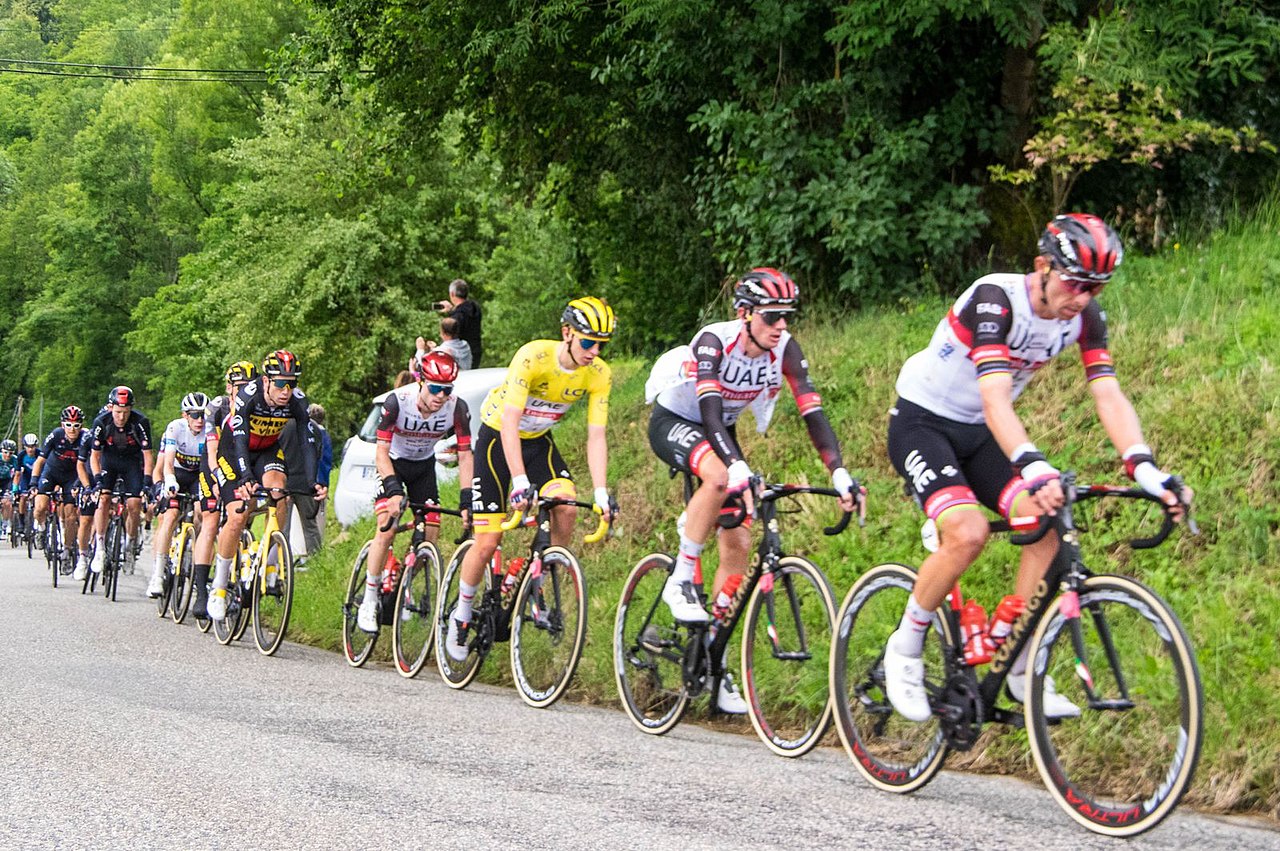 Tadej Pogačar won two of the most prestigious races on the Italian calendar in the last week. First claiming Strade Bianche with an audacious solo move from 50km out, before dominating the seven-day Tirreno-Adriatico stage race.

The rolling Tuscan hills of Strade Bianche are not, on the surface at least, ideal terrain for a rider of Pogačar’s skillset; with climbs requiring immense bursts of power, and descents that are more at home on a cyclocross course than a ‘road’ race. In fact, no Tour de France winner had ever won this race in its short but illustrious history.

With 90km to go, it looked like this fact would survive another year. A sudden gust of wind while the peloton was negotiating an exposed ridgeway brought the wheels out from underneath numerous riders, with Tadej Pogačar’s main rival Julian Alaphilippe acrobatically somersaulting over his handlebars. The result was cataclysmic, just seven riders escaped unscathed, and Pogačar joined Alaphilippe in crashing onto the limestone gravel roads. Pogačar, however, was quickly back on his bike and at the front of the bunch.

For a time, the sheer enormity of the crash calmed the peloton down. Inventories were taken, wounds hastily dressed, and bikes replaced. The gap to the breakaway of the day was holding steady at one minute, and Julian Alaphilippe, after some heroic teamwork from the Dane, Mikkel Honoré, rejoined the diminished bunch.

The approach to the longest sector of gravel at 53km to go was the signal for the impetus to grow once more, with the bunch clawing back the escapees with ease. Two kilometres later, and onto gravel sector eight, Alaphilippe immediately launched a characteristically forlorn move that was quickly reeled in. Pogačar then countered over the top of a small rise and drove into the descent. The Slovenian is used to dropping everyone going uphill, but the confidence he took down the tight and technical sterrato meant nobody could live with him there, either, and he quickly had 20 seconds on the weary select group.

Cycling really does have its new, young, superstar

Only Ineos’ Carlos Rodriguez attempted to bridge, but Pogačar had no want, or need, for assistance, and quickly settled into time trial mode.

The gap expanded rapidly, despite the group behind dropping the likes of Olympic gold medallist Richard Carapaz. Pogačar had a minute within eight kilometres, and the flashing speed camera on the way into a hamlet confirmed what the bunch, and viewers, all knew. Pogačar was too fast for the rest of the peloton, and the fight for second had begun.

The gap did waver at points over the remaining 40km, with Quinn Simmons launching a counterattack with four others in the hope, rather than expectation, that Pogačar may falter. It was, expectedly, in vain.

With the final climb into Siena all that stood between Tadej Pogačar and victory, the two-time Tour de France winner began to celebrate, high-fiving his childhood coach on the side of the road. Rounding the final corner into the quaint Piazza del Campo and Pogačar could finally see what had been all but confirmed for the last hour, an empty podium, ready for him to adorn.

He crossed the line, arms aloft, 37 seconds in front of veteran Spaniard Alejandro Valverde, with Kasper Asgreen in third. The enormity of Pogačar’s effort was not lost on Valverde: “Second behind Pogačar, it’s like a victory… it was impossible for me to follow Pogačar, he was just so strong.”

With Tadej Pogačar claiming his seventh victory in just 15 race days a week later on the Adriatic coast, cycling really does have its new, young, superstar. And with that, the race for second may be a recurring theme for years to come. 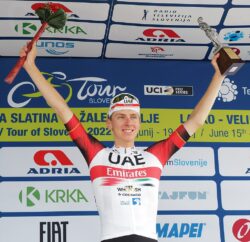 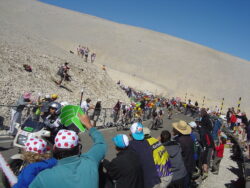