Since coming out as transgender in 2020, Elliot Page gained a lot of international attention and acclaim, especially from members of the LGBTQ community. Page is an actor and producer who has been making TV shows and movies since the late 90s and, in my opinion, is one of the most underrated actors of our time. He has been involved with a wide variety of projects and always gives a stellar performance, especially when playing an emotional role— such as in The Umbrella Academy (2019-present), My Days of Mercy (2017), or Freeheld (2015). He has also had commercial success in mainstream parts, such as his performance as Kitty Pryde in the X-Men movies. While I look forward to him playing more male roles in future, since his recent coming out, I’m taking this opportunity to reflect on five of his best performances in film.

Hard Candy (2005)
While Page made a number of TV and film appearances from a young age, starting with his role in Pit Pony in 1997, his breakthrough role was in the psychological thriller Hard Candy. The film follows 14-year-old vigilante Hayley Stark (Page) as she traps and tortures a sexual predator, Jeff Kohlver (Patrick Wilson). Despite being labelled “disturbing” and “controversial”, the film was reasonably well-received and Page was praised for his leading performance in the film. It has become a cult classic for many film viewers and was arguably ahead of its time, paving the way for films like A Promising Young Woman and Last Night in Soho. In recent years, Hard Candy has been seen as part of the ‘good for her’ canon, films that create a sense of catharsis for a female audience, due to the revenge being enacted on villainous or predatory males onscreen. While it wasn’t until Juno (2007) that Page would become a popular mainstream actor, with Hard Candy containing too much sensitive subject matter for most audiences, critics labelled the role his artistic breakthrough and noted that “a star was born, but almost no one noticed”.

Whip it! (2009)
Although it isn’t the most successful film of his career, Whip It! is definitely one of the most fun and is a coming-of-age film for those who have no interest in the pink-padded worlds of Mean Girls or Clueless. It focuses on Bliss Calendar (Page), as she rejects the beauty pageant career her mother has lined up for her in favour of the punky, violent world of roller derby. As well as Page, the movie features a star-studded cast, (Drew Barrymore, Kristen Wiig, Juliette Lewis, and rapper
Eve among others), and is notably Barrymore’s directorial debut. It’s everything that Moxie wanted to be, a strong feminist movie that celebrates all types of women and inspires women to lace up their own roller-skates and “be your own hero”. Notably, there was a rise in searches for “rollerskates” in the United States, following the release of the movie, which wouldn’t be matched until it trended on TikTok in 2020. In spite of the stark contrast between violent roller derby and delicate beauty pageants, the movie doesn’t criticise people that are interested in pursuing the latter— instead, it argues that the best path you can take is the one that you want to take.

The East (2013)
There are many underrated gems from Page, with The East recently being unearthed for larger audiences due to it being made available on Disney+. This is a “social-conscience espionage” movie that has aged like a fine wine, given how prominent the climate action movement is now, and it essentially predicted the rise of groups like Extinction Rebellion. Page is a member of a hardcore ecoterrorism group that targets companies that pollute the environment— alluding to
Page’s own real-life interests, as he directed a movie about environmental racism in 2019— and is under investigation by an FBI agent, who grows increasingly sympathetic to the cause. Inspired by 1970s thriller movies but drawing on extreme ecological ideologies, The East was largely acclaimed by critics who saw it upon release but has largely flown under the radar compared to Page’s more commercially successful films. I picked this as one of my five films because I think it’s important to contemporary social issues and is one of the few movies to focus on eco-terrorism, as well as one of the only ones to do so well.

Juno (2007)
Since its successful release in 2007, launching Page’s career as a mainstream actor, Juno has become a coming-of-age classic synonymous with the 2000s. It features Page as a quirky, outspoken, and textbook ‘not like other girls’ teenager that becomes pregnant with Michael Cera’s baby and decides to go through the pregnancy. Tackling controversial ideas like teen parents, abortion clinics, and closed adoptions, this is a movie that never fails to be relevant to a modern audience— especially when considering recent attempts to overturn Roe vs Wade in the United States. Despite being slightly twee at times, watching Juno is the movie equivalent of drinking a warm mug of hot chocolate on a winter’s day and it remains one of the most watchable movies about teenage pregnancy. If nothing else, the film is an amusing, comforting, and memorable experience that leaves you wondering what the lovechild of Canada’s most successful young actors would be like.

Super (2010)
As Page has played superheroes onscreen three different times, it seemed ignorant not to include at least one superhero movie on the list. Super is an off-the-wall, highly unconventional superhero movie, which is vastly different from most blockbusters of the same genre. It focuses on an ordinary man (Rainn Wilson) who transforms himself into a superhero after his drug-addicted wife leaves him for another man. Page, who worked alongside Wilson in Juno, plays his overeager
sidekick. This movie is a lot like what would happen if the makers of Riverdale took LSD and made a gritty real-life reboot of Megamind without any of the superpower elements. It’s a black comedy superhero movie that has faced a lot of comparisons to Kick-Ass and suffers from a lack of clear writing or direction. However, I included Super rather than any of Page’s X-Men movies because I think it’s more unconventional and interesting, as well as being a more realistic depiction of what happens when ordinary people pursue superhero careers. 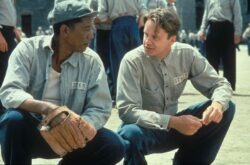 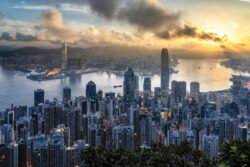