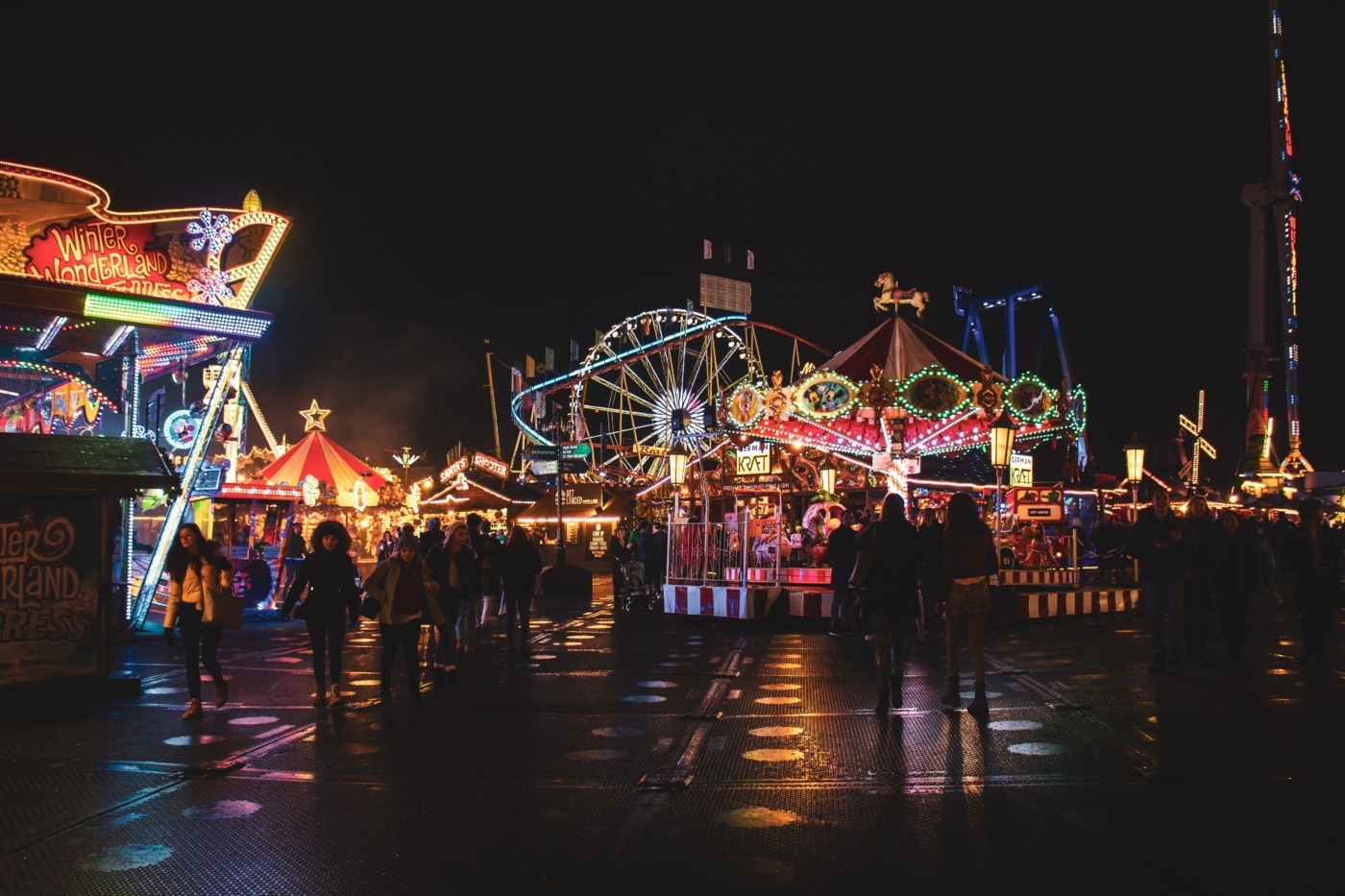 ‘Nightmare Alley’ is beautiful and beastly

You know you’re watching a Guillermo del Toro film when the darkest depths of the human soul are being manifested on-screen, pulsated through dancing shadows and a ratcheting score, yet you stop and think: ‘Wow, that sure is a pretty picture!’. Truly, there are few filmmakers working today that can balance mankind’s beauty and its beastliness as elegantly as Guillermo del Toro. His unique blend of fantasy and horror, cast through a historical lens, is nigh unparalleled in its illumination of the human spirit. Nightmare Alley, his latest effort and a further mediation on the dichotomy between ‘Man or Beast,’ is no exception.

The year is 1939, and the world is almost at war. America, for over a decade, has been crawling in the depths of its Great Depression, plagued by poverty, unemployment and a widespread nihilism that only the musicals of Ginger Rogers and Fred Astaire can cure. Film noir was yet to truly hit the mainstream, but its shadows nonetheless lurked in every street corner and thus permeate through every frame of Nightmare Alley.

The world del Toro builds is equal parts spellbinding as it is, quite fittingly, nightmarish; partially set in the scummy crevices of a roaming carnival, where morals can be traded like pennies for booze, and partially staged in the slightly more affluent, albeit no less monstrous, homes of New York’s urban elite. DP Dan Laustsen shoots both with the same razor-sharp precision and psychologically nauseating delirium, imagining a world as hellish as it is immaculate. The twisting camerawork, the striking colours, the chilling emphasis on snow –  every frame of Nightmare Alley draws you further into its spell than the last.

At the heart of this world is a single man, a lone wanderer. His name is Stanton Carlisle and we are introduced to him as a stowaway. He’s lost, aimless, poor and talentless (the direct antithesis of Bradley Cooper in real-life), yet he’s the grounding anchor to del Toro’s otherwise unwieldy tale. His performance has largely been overshadowed by those around him, partially because the supporting cast for Nightmare Alley is so dense with talent that at some point it just becomes a game of thespian bingo, and partially because they all get to play the “fun” roles.

Willem Dafoe’s Clem is given free rein to grimace and unsettle to his heart’s content. Rooney Mara, though a touch underused later on, maintains an aching softness as the love interest, Molly. Cate Blanchett, revelling in the sensual cunning of a femme fatale, provides a giddy self-assuredness to her role as Lilith Ritter, oozing raw confidence in her verbal sparring sessions with Stan during the film’s second half. Cooper, in contrast, is quiet and reserved, occasionally letting his charisma take the wheel in sequences where showmanship is required but otherwise keeping the character tick-tick-ticking on with waning normalcy. This grounds the story in something startlingly human as the cracks slowly begin to show.

A wonderfully macabre prologue to the nightmares that follow

This is because Stan is an ambitious man, and his journey revolves around ascending the social ladder. This arc is crucially split into two distinct halves: his opening stint as a carny followed by his climactic run as a charlatan, deceiving people with rehearsed mentalism in New York City. This first half serves as a wonderfully macabre prologue to the nightmares that follow, providing Stan with the mentalism act that he’ll take on the road, developing his tender romance with Molly and ticking so much thespian bingo – Toni Collete! Ron Perlman! David Straithairn in one of the year’s most underrated performances! – that while much of it is ultimately just table-setting, it never feels like a chore.

All of del Toro’s characters are so wonderfully rich and unique, each with their own fascinating stories to tell, that the film could exist solely here and nonetheless be captivating. It is also here, very early on, that the central man/beast dichotomy is established through the form of a ‘geek.’ These, in layman’s terms, are despairingly drunk individuals, desperate for any work they can get, that are ridiculed into committing savage acts for some sickos’ twisted entertainment – such as chewing the neck of a live chicken, which Stan is too poor to watch but we are “fortunate” enough to experience in brutal close-ups. The savagery of the geeks juxtaposes against their innately tragic humanity, initially suggesting Nightmare Alley to be a monster movie before letting its lingering shadow fester on a more intrinsically disturbing level. It also prompts Willem Dafoe to ask the crowds he seeks to rouse: “Man or Beast?”

Nightmare Alley is a chronicle of one man’s rise and fall, blurring the line between man and beast at a time when humankind was at its most consistently diabolical

This central question carries through to the electrifying second half, which exchanges the casual chaos of a carnival for a life-or-death high-wire act suspended between Stan’s ambition and his collapse in the heart of New York City. At its heart, Nightmare Alley is a chronicle of one man’s rise and fall, blurring the line between man and beast at a time when humankind was at its most consistently diabolical. To this extent, the latter half feels like a more complete arc than the first and reframes our hero as a conman swindling the elite in a thrilling film noir story for the ages: an excellent femme fatale, a quasi-supernatural scam, the living, breathing heart of New York City, reimagined through del Toro’s twisted glare, as a playground for mankind to unravel.

It is certainly very different to the first half but the shift is necessary, articulating Stanton’s struggle between man and beast in a Shakespearean tragedy that only del Toro could conjure. Consequently, the film is undoubtedly long, but it never feels tedious and every moment throughout serves its purpose in getting both you and Stan to a spectacular final act as typically harrowing as it is profoundly melancholic. Truly, the depths of human suffering have never looked so ravishing.