Cats. They’re everywhere, from the street, to the home. They are well and truly inescapably present within our society. They weren’t always so omnipresent, however, as Olivia Colman’s matter-of-fact narration in Will Sharpe’s The Electrical Life of Louis Wain tells its audience. The film is arguably all about cats, and yet it is about so much more. The Electrical Life of Louis Wain is about life, loss, grief, love – but perhaps most importantly, it is about the power we each have to simply look. To find joy in all that is around us, and to share that joy with all who need it.

The Electrical Life of Louis Wain’s follows the life of its titular artist as he navigates the difficult balance between social standing, love and providing for his family in late 19th century England. Played brilliantly by Benedict Cumberbatch, Louis Wain appears to be a strange man by Victorian societal standards, and is only further shunned when he marries a woman not only of a lower class, but also ten years his senior. It is through this societally scorned love that Louis learns to truly appreciate the beauty in the everyday and finds his gift for sharing that beauty with others in the form of anthropomorphised drawings of cats. Through Louis’ eyes, the audience is treated to an entirely unique view of the world, certain scenes literally turning into moving paintings before our very eyes.

It’s best to go into The Electrical Life of Louis Wain knowing as little of the man’s life as possible, as the tragic turns are truly shocking at times, and make for one of the few films in recent years to bring me to tears in the cinema. The grief that follows Wain throughout is something universal, the feeling of losing a loved one being something that most are able to understand to some degree. Yet, the film doesn’t force the audience to wallow in their grief, but rather begs all to rise from it, and look for the pleasures and joys of the world. If even one person can find good in the world, then it can be shared, and we can all be lifted from the darkness even in the hardest of times.

The heartfelt narrative of The Electrical Life of Louis Wain is only strengthened by the wonderful performances given by all the cast members. Benedict Cumberbatch has had quite the year. From hard hitting political dramas (The Courier) to immense, blockbuster superhero movies (Spider-Man: No Way Home), Cumberbatch has proven himself to be an incredibly diverse actor over the last year – a reflection of his career as a whole. His performance in The Electrical Life of Louis Wain is a brilliant addition to his ever growing filmography. Joined by Claire Foy, Andrea Riseborough, Toby Jones and Adeel Akhtar (to name a few), Cumberbatch gives new life to the man who gave cats their status as a popular domestic pet.

Not only is the narrative and the acting superb, the aesthetics of The Electrical Life of Louis Wain feel entirely unique at times. While there are moments where the sets feel dull (specifically the dark, cramped spaces within the Wain family home) the film’s aesthetic as a whole is redeemed by the utterly beautiful shots of the natural world, the English countryside being transformed into a vibrant world of greenery.

To stray into the realm of spoilers, the film’s visuals begin to become more unhinged from reality as the end draws near, mirroring the grief stricken mental undoing of Louis Wain himself, ending up with rooms full of cat-people and psychedelic colours, mirroring our lead’s real-life artworks. While it is a strange experience to watch, Will Sharpe has managed to turn the psychological deterioration of a man into something quite beautiful (as problematic as that may be).

The Electrical Life of Louis Wain is beautiful. Visually, emotionally, narratively, it is beautiful. While it does suffer slightly from pacing issues towards the end of the film, I never found myself bored. Rather, I found myself on an emotional rollercoaster, both laughing and crying from start to end. If my endless praise for this film’s narrative and visuals hasn’t convinced you of its merit, there are numerous occasions throughout where the thoughts of cats are subtitled, which is frankly adorable. If a kitten saying “I love jumping”, or Benedict Cumberbatch having a lengthy conversation with a cat isn’t enough to convince you to watch The Electrical Life of Louis Wain, then I don’t know what is. 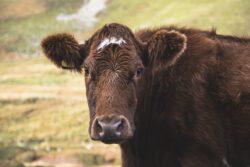 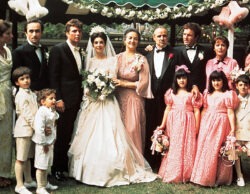