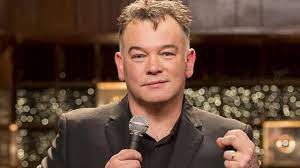 Having scarcely been to a live comedy gig, Stewart Lee was surely a niche act to start on. His acerbic routine has been described by some as a parody of his alter-ego; by others as a deconstruction of stand-up comedy itself.

And even as a confessed Stewart Lee fan, I must admit that his style does not elicit the same sort of easy laughs as Jimmy Carr or Michael McIntyre – both comedians whose popularity Lee mocks with a heady mixture of artistic contempt and barely concealed professional jealousy.

You don’t simply laugh at a Stewart Lee joke, you nod in smug amusement

‘Observational comedy!’, he laments, bemoaning his lack of surely deserved popular appeal, whilst implicitly taking aim at the elitism of his audience. You don’t simply laugh at a Stewart Lee joke, you nod in smug amusement, wearing the ironic face of someone who has understood all the layers of complexity therein. To laugh at the surface level content is to join the Stygian swamps of populism for which Lee reserves nothing but condescension and contempt. ‘Did you laugh at the Stewart Lee gig? No, but I agreed the f*** out of it!’

But here’s the thing. Lee’s comedy is premised on his bitterness and resentment that he lacks the commercial success of his comedic rivals despite his obvious superiority. Except, post-lockdown, this previously unknown comedian has filled theatres across the country. Over the last decade, his act has maintained its critical appeal, and now audiences flock in greater numbers than ever before. How, then, can Stewart Lee adapt to this popularity? Does his own success ironically put him into the same category as those he criticises: a populist, a predictable deliverer of numb sensation? How could he possibly square this glaring contradiction?

As it turns out, the answer is arrogance. Sheer, unadulterated arrogance. A form of arrogance that is utterly at odds with what the audience sees: a comedian rapidly advancing through middle age, his greying hair, his decaying form, this tragic image of a man struggling for relevance whilst insisting that his greatness remains undimmed. Thus throughout Snowflake/Tornado, he takes aim at the Guardian – where he writes a weekly column – as if he was personally insulted by their consistently positive reviews of his stand-up.

The subtext of all this pomposity, I think, is that his success means increasingly little in a society fractured by generation, culture and class. His narcissism represents the chasm between a self-congratulatory elite and ordinary working people. Lee isn’t resentful of his doting pundits – he’s frustrated that his critical success signifies nothing. Macbeth has seized the crown, and finds the sceptre empty and hollow. Admittedly, in this analogy, Macbeth seizes power not by killing the king, but by offering sardonic and layered comments parodying his own lack of said power. Will all great Neptune’s ocean wash this irony from my hand?

Beneath it all, Snowflake/Tornado is a tour de force from a comedian who remains remarkably aware of the cultural trends of the younger generation. There’s no hint of ageing cynicism, at least beyond the slightly jaded references to Fortnite and Stormzy. “Heavy is the head that wears the crown” features at one point, though I won’t elaborate any further.

This cultural awareness distinguishes Lee from his Oxbridge predecessors John Cleese and Eric Idle, both of whom seem increasingly alienated from a society of gender pronouns and vanilla latte

This cultural awareness distinguishes Lee from his Oxbridge predecessors John Cleese and Eric Idle, both of whom seem increasingly alienated from a society of gender pronouns and vanilla latte. Whereas Idle and Cleese bash ‘woke culture’ – a corrupted and largely meaningless term, I might add – Lee displays a sensitivity to shifting cultural norms. There’s no attempt to bash the poor, the young, gypsies or other ethnic minorities; no attempt to criticise the sensitivity of the ‘snowflake generation’.

After the performance, a friend (let’s call him Tony) asked me if I thought Snowflake/Tornado was a good introduction to Stewart Lee’s standup. Probably. Maybe. I’m not entirely sure.

Another friend said they felt the content was slightly less clever than the stuff they’d previously seen. Although I initially agreed, I now think the reason the act felt less sophisticated relates to the subtext of the pandemic, which has spelt disaster for the arts. Lee, who has produced documentaries on regional punk-rock bands, is a passionate supporter of theatre and the arts more generally. So there was a sense in which he was willing to suspend the ‘layers of irony’ to give people a good time, delighting in the attention of a live audience after three years of lockdown.

Finally, if you are lucky enough to go and see Snowflake/Tornado, make sure you know who Alan Bennett is. And JL Austin. And read up on the literature around 19th century Eastern-European sociology.