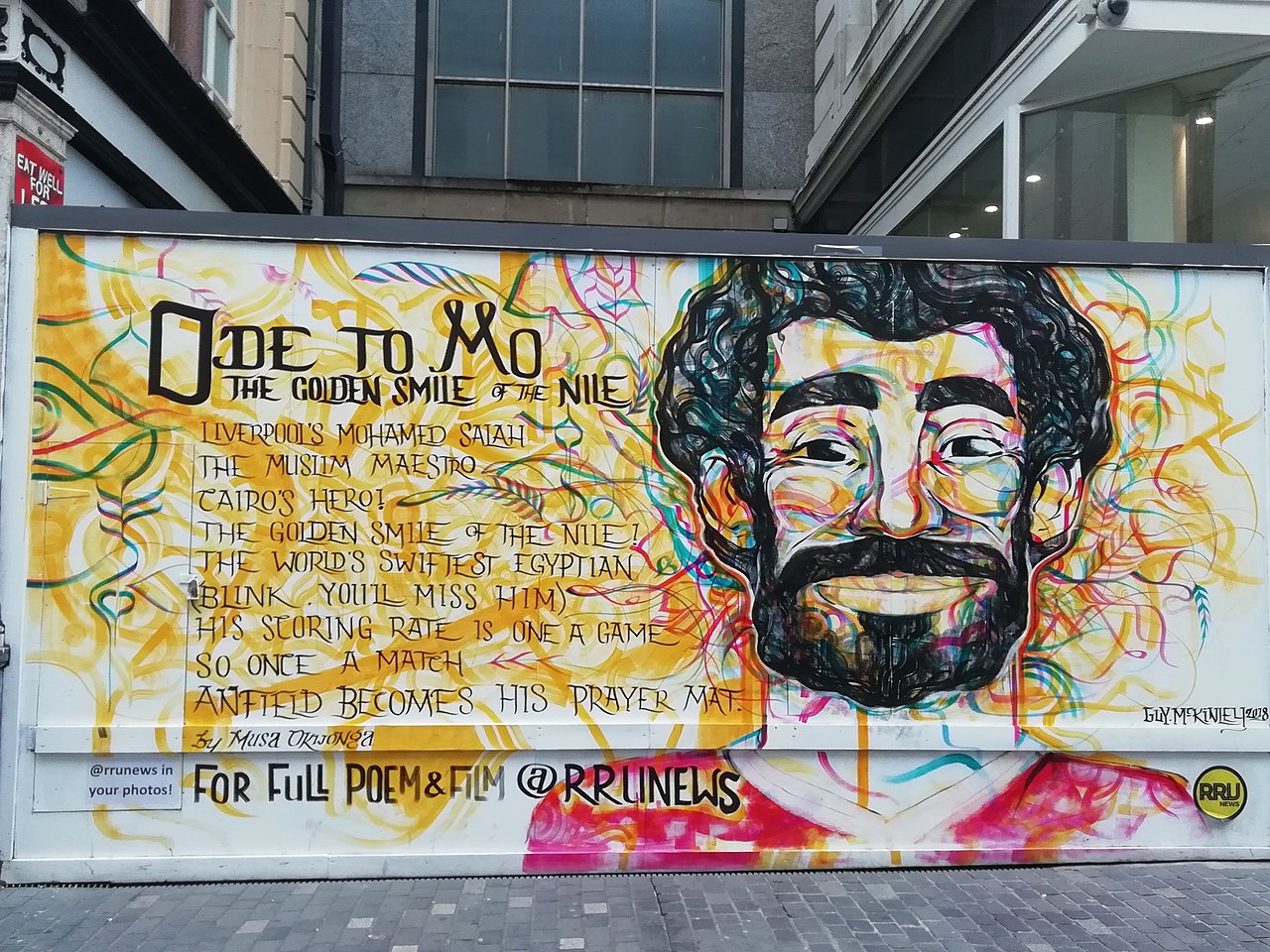 Mo Salah: a profile on the Egyptian King ahead of the AFCON final

This Sunday, 6 February 2022, seven-time Africa Cup of Nations champions Egypt take on the 2019 runners-up in Senegal. Looking for an eighth trophy, ‘the Pharaohs’ knocked out hosts, and favourites, Cameroon on penalties, while Senegal, nicknamed ‘the Lions of Teranga’, beat West Africa’s Burkina Faso 3-1. The 60,000 capacity Paul Biya Stadium, named after the second-longest-ruling president in Africa, will host the final, with the matchup a prequel to the anticipated World Cup qualifying game between the two next month. While 22 players will enter the pitch on Sunday, focus will be on the glistening forward from Merseyside, Mohamed Salah.

Mohamed Salah, referred to as Mo in Liverpool today, was born to the north of Cairo, 120 kilometres away in the village of Nagrig. While his national team was solidifying itself as one of Africa’s powerhouses, Mo was embarking on his daily nine-hour journey to play football. Wandering around his home village, not one single picture of one of Africa’s greatest footballers is visible. While his family members are under strict instruction to not speak to the media, Salah’s presence is felt in the projects he has created, including the Azhari Institute for Girls. Known as ‘Captain Mohamed’ at home, since the Ramadan period of 2017, around 400 families in the village have been receiving assistance.

While Mo’s father and uncle played in Nagrig’s Amateur Youth Centre team throughout 1980s and 1990s, Salah joined the Ittihad Basyoun team from 12 years old, situated in the nearest city to Nagrig. Although an El-Mokawloon scout was sent to watch his teammate, Sherif, Mo was the one player who stood out. While he played in Tanta in one of El-Mokawloon’s ‘feeder’ teams from that point on, just 20 kilometers south of Nagrig, it wasn’t long before he was convinced to join the official under-15 side, based in Cairo. This is when the nine-hour round trips started, and while Mohamed was in doubts, his father pushed him to play football, arranging accommodation in Cairo for his child for multiple nights a week.

El-Mokawloon, commonly known as Arab Constructors, one of the biggest construction companies of the country, had initially planned for Salah to play as a left back for the youth setup. However, Coach El Shishiny, along with persuasion from Mohamed himself, pushed Salah into the forward line, and it wasn’t long before the boy was put under the spotlight. In May 2010, a 17-year-old Salah made his Egyptian top tier debut in May 2010, scoring for the first time in December of that year against Egyptian giants Al Ahly, 42-time Egyptian Premier League champions.

By the start of the 2011 season, Mo was a regular starter, although the season was suspended due to the Port Said stadium disaster. While the league stopped, Mo found it was a perfect time for him as a footballer. While he struggled with public rejection from Al Ahly rivals, Zamalek, it was an Egyptian under-23 game scheduled against Swiss outfit FC Basel that gave Salah the platform on which to showcase his talents. According to FC Basel’s former sporting director Georg Hertz, Mo had caught the eyes of Basel’s scouts in the 2011 under-20 World Cup, and the club continued to monitor him until March 2012, when the friendly was organised. Salah played just the second 45 minutes, but scored twice in a 4-3 victory for his country. Basel invited the 19-year-old for a week of training, and he subsequently signed a four-year contract that June.

In his Egyptian career, glory has eluded Mohamed Salah, and Sunday’s final could well give him a time and a place to stake his claim as an Egyptian hero. While he was part of the 2017 Africa Cup of Nations side who were runners-up to Cameroon, he has not tasted AFCON victory, and this year may be one of his last opportunities. Now captain of the Pharaohs, he will want to lift the gold-plated trophy to solidify both his name, and Egypt’s, in football folklore.