Following Prime Minister Boris Johnson announcing the end of all Covid-19 measures the government had implemented to combat the Omicron Variant, Warwick University has updated its Campus safety guidance.

Starting next week, the government decided there will no longer be mandatory mask-wearing on public transport and shops. Additionally, encouragement to work from home and vaccine certificates will end.

On Thursday, the University provided an update: “Following the recent government announcement, and in line with existing Plan B regulations continuing until January 26, the wearing of face coverings is to continue as it has been so far during term 2, along with other guidance in place.

“The University will consider the new situation in the light of any sector specific guidance and we’ll share an update next week. Thank you for your ongoing support as we keep our community safe.”

When asked to comment on the update provided by the University, a second-year undergraduate student said: “I think that as long as it makes people feel comfortable, it isn’t much of an issue to make people still wear masks.

“I personally don’t mind it, but some others do like I have heard of people being kicked out of seminars for forgetting to bring their mask, but it isn’t an issue in my opinion.”

He continued, “No one really knows what the outcome will be regarding the future of the pandemic, so it makes sense to be somewhat wary, especially as long as people are still able to do everything on campus just with the requirement of wearing a mask.” 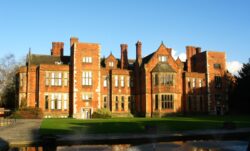 Self-isolating York students told to wait inside during a fire