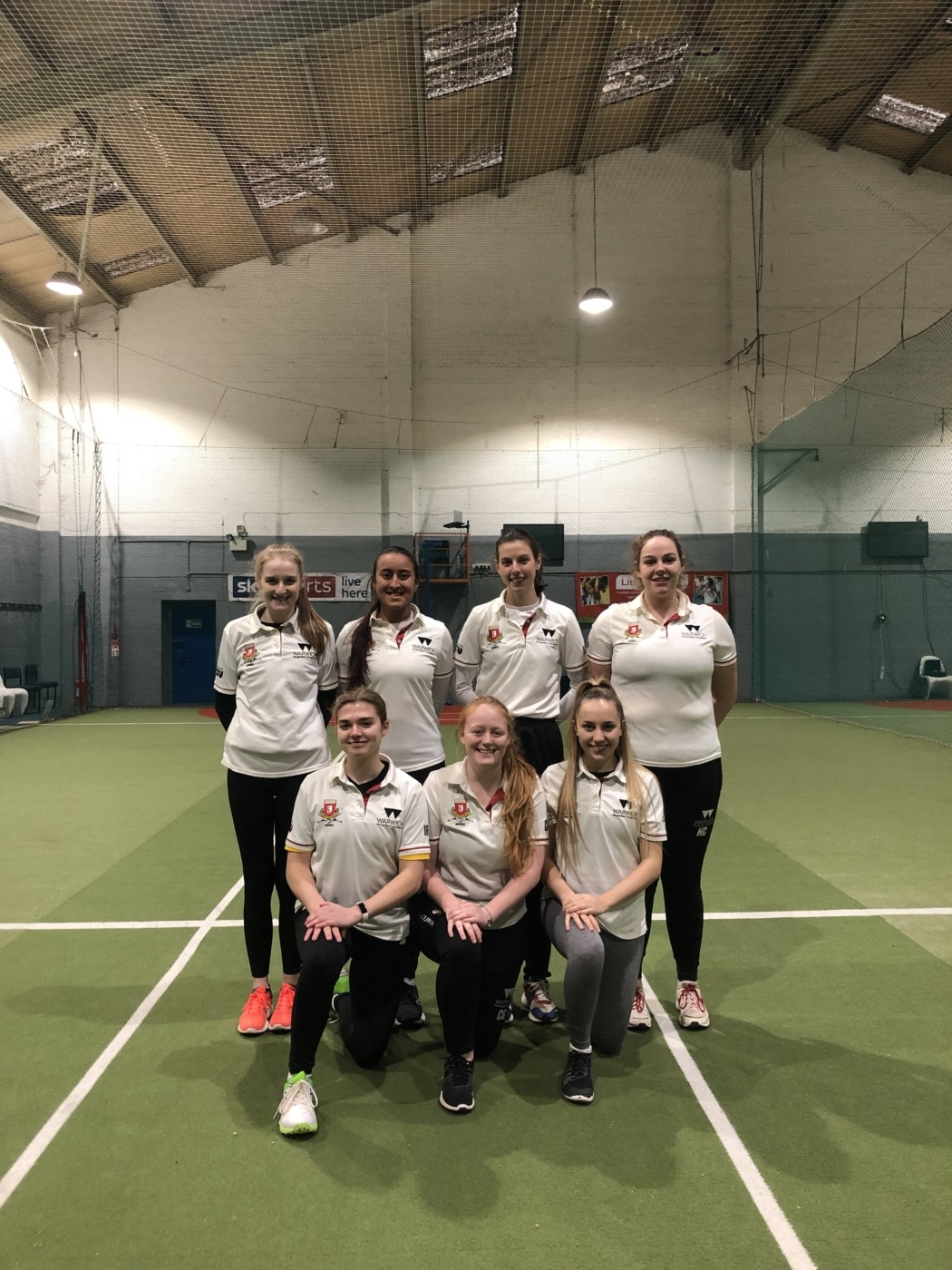 University of Warwick Women’s Cricket Club secured an exciting first win of the indoor season at the division 1B Midlands tournament on Sunday 5 December. Warwick were thrilled to beat Nottingham Trent by 22 runs, given their last indoor match took place in February 2020. Kudos to Nottingham, though, who came out victorious that day, finishing unbeaten in the round robin competition.

Warwick’s First XI Captain Nafeesa Aziz reacted to the victory: “It was a rocky start for Warwick which is understandable, considering it was their first indoor match for some time, but as the tournament went on the team started to play really well together. They backed each other up whilst fielding, bowling improved and we saw some brilliant batting partnerships.”

In teams of six players, Nottingham, Sheffield, Worcester, Nottingham Trent and Warwick battled it out T10 style at a very cold Leicester Sports Centre. Aziz did an excellent job in leading a team relatively new to each other and the indoor setting.

Facing an incredibly experienced and decorated team in the first round, Warwick made it their mission to make the most of the match and have fun. While Nottingham excelled in all aspects, Warwick used the match to their advantage to adjust to the freezing conditions and new environment which proved key to their later success.

In a much more evenly matched second round, Sheffield beat Warwick by three wickets and 10 balls to spare. Warwick’s batting was much improved with a good partnership between Cerys Gordon and Evie Ashton in the middle order to help post a competitive total of 77. In the field, Amy Spry impressed with gloves, taking a stumping and catch to put pressure on Sheffield. Sadly, Warwick’s downfall came from the number of extras conceded.

Warwick built upon their second round performance to take a convincing win over Nottingham Trent, who fell 22 runs short of Warwick in the third round. Gordon and Ashton bettered their previous partnership to contribute to an even higher total of 98. Nottingham Trent’s second batter got a wicket and top scored with 26 runs in the second innings, but this wasn’t enough to overcome Warwick who were near faultless in the field. Warwick conceded much fewer wides and took wickets in a variety of ways including two run outs and a caught and bowled.

Despite a loss in the final round against Worcester, Warwick finished on a high note. An early batting collapse ensued due to Worcester’s potent bowling including a tricky left-arm unorthodox spin bowler. This kept Warwick runs restricted and Worcester were able to confidently chase the total, hitting some fearless sixes in the process. Warwick left Leicester optimistic though, after an expert partnership of watchful batting between Warwick debutant Ellie Cameron (12) and Aziz (18).

Aziz: “Warwick played best when we were playing as a team and that’s what we need to remember for future games – to continue to support each other in batting, bowling and fielding. The girls played really well and I look forward to our next game!”

The final results of the tournament were as follows: Nottingham 1st, Sheffield 2nd, Worcester 3rd, Warwick 4th, and Nottingham Trent 5th. Warwick look forward to the Warwickshire Indoor League next term where they will attempt to apply all they’ve learned from this experience.