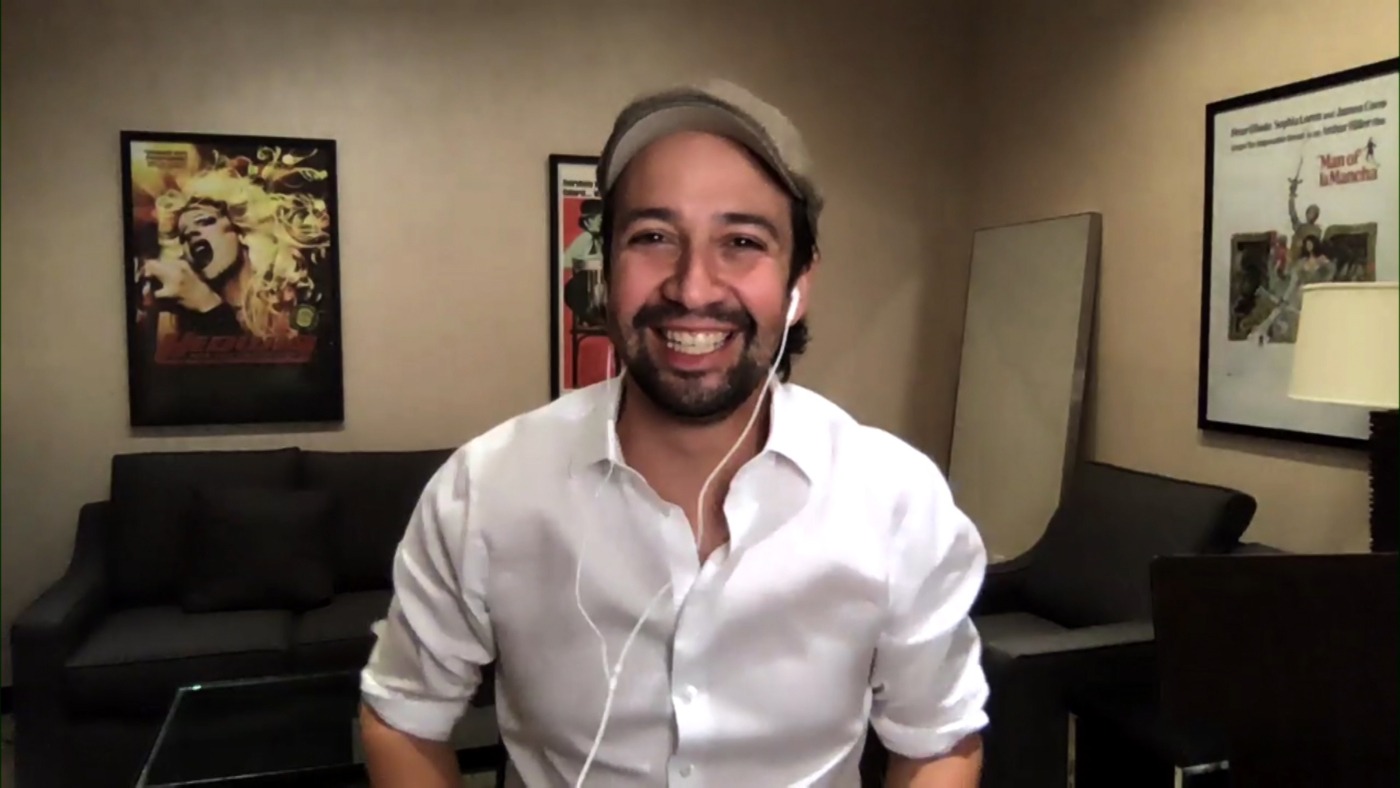 The last two years have been a devastating time for the theatre industry. Brutally struck by the pandemic, artists across the globe were left questioning whether pursuing their careers and dreams was worth it. Those graduating into this industry are being met with extreme turbulence, and at a time where theatre feels so lost, it was refreshing to watch a film that truly shows the struggles and hardships of being a performer. It is for this reason that I think Tick, Tick.., Boom! has got it right.

Based on the one-man rock monologue of the same name, Tick, Tick… Boom! is the semi-autobiographical story of Jonathan Larson. Set in 1990, it follows Larson, played by Andrew Garfield, in the week before his 30th birthday and the initial workshop of his very first musical. Having spent eight years creating it, everything rests on this presentation being a success. However, he has been told by none other than the late, great Stephen Sondheim (Bradley Whitford) that the show is missing a song, an 11 o’clock number, and without it the story feels incomplete.

The film begs the question: how do you continue to live and create in the face of global tragedy?

Larson’s girlfriend (Alexandra Shipp) is asking for a decision on whether he will move out of New York, his best friend (Robin de Jesus) wants him to look for a more stable career, and all Larson wants is to chase what feels like an impossible dream: Broadway fame. Set in the midst of the theatre industry during the AIDS pandemic, the film begs the question: how do you continue to live and create in the face of global tragedy?

It is so rare to see the messy side of the arts on screen. The reason Tick, Tick… Boom! has had such success is because it is so raw and honest. It doesn’t hide behind glitz and glam, and it shows the difficulty that comes with being an artist. Actors, musicians and writers face more rejection than those in any other profession, and the relationship between them and their craft is complicated. Tick, Tick… Boom! tackles the question of when to cut your losses and give up on a dream.

Larson is best known for writing the musical Rent, a show that changed the theatre world, but Larson did not survive to see his work flourish, as he passed away the night before its first ever preview. Audiences loved it for being new, different, scrappy and yet so relevant, and Tick, Tick… Boom! replicates that same feeling. The film is an almost unbearable metaphor for the backstage heartbreak of musical theatre.

Miranda knew exactly what this film needed to be, and who it was aimed at… the theatre kids at heart

Part of why it succeeds can only be credited to the director, Lin Manuel Miranda. A Broadway legend in his own right, Miranda knew exactly what this film needed to be, and who it was aimed at: not for the masses, but for the theatre kids at heart. It was Larson who inspired Miranda to create such shows as Hamilton and In the Heights, and in return, he has directed a most fitting tribute. Critics suggested Miranda was too close to the material to be able to make the right decisions for it, but I disagree.

We have seen time and time again how movie musicals fail to translate the raw energy and emotion of live theatre onto a screen (I’m looking at you, Dear Evan Hansen) but that isn’t a problem with this film, because it was led by someone who understood the assignment perfectly.

It isn’t a faithful replica of the original show, but it utilises the power of the cinematic medium to enhance it, and that is purely down to Miranda’s vision. The film is carried by foreshadowing, interspersing highly emotional poignant moments with extravagant, high energy musical numbers. The soundtrack is fantastic – who knew Garfield could sing?!

Audiences, critics and the theatre community at large appear to have united over this particular reflection of their world

Supported by the likes of Vanessa Hudgens and Joshua Henry, with cameos from actual Broadway stars, Larson’s original music is simply transformed by a cast who you can’t help but love. I know so many people who have struggled to relate to the latest wave of musical movies throughout the pandemic, but audiences, critics and the theatre community at large appear to have united over this particular reflection of their world.

The reason I applaud Tick, Tick… Boom! is because it isn’t afraid to talk to its audience. It acknowledges and validates the sacrifices made by performers, and that is why it resonates so strongly. It speaks directly to anyone who wonders if they will ever accomplish what they set out to do in a world that tells them they never will. It is as devastating as it is exuberant, and I cannot recommend it highly enough.