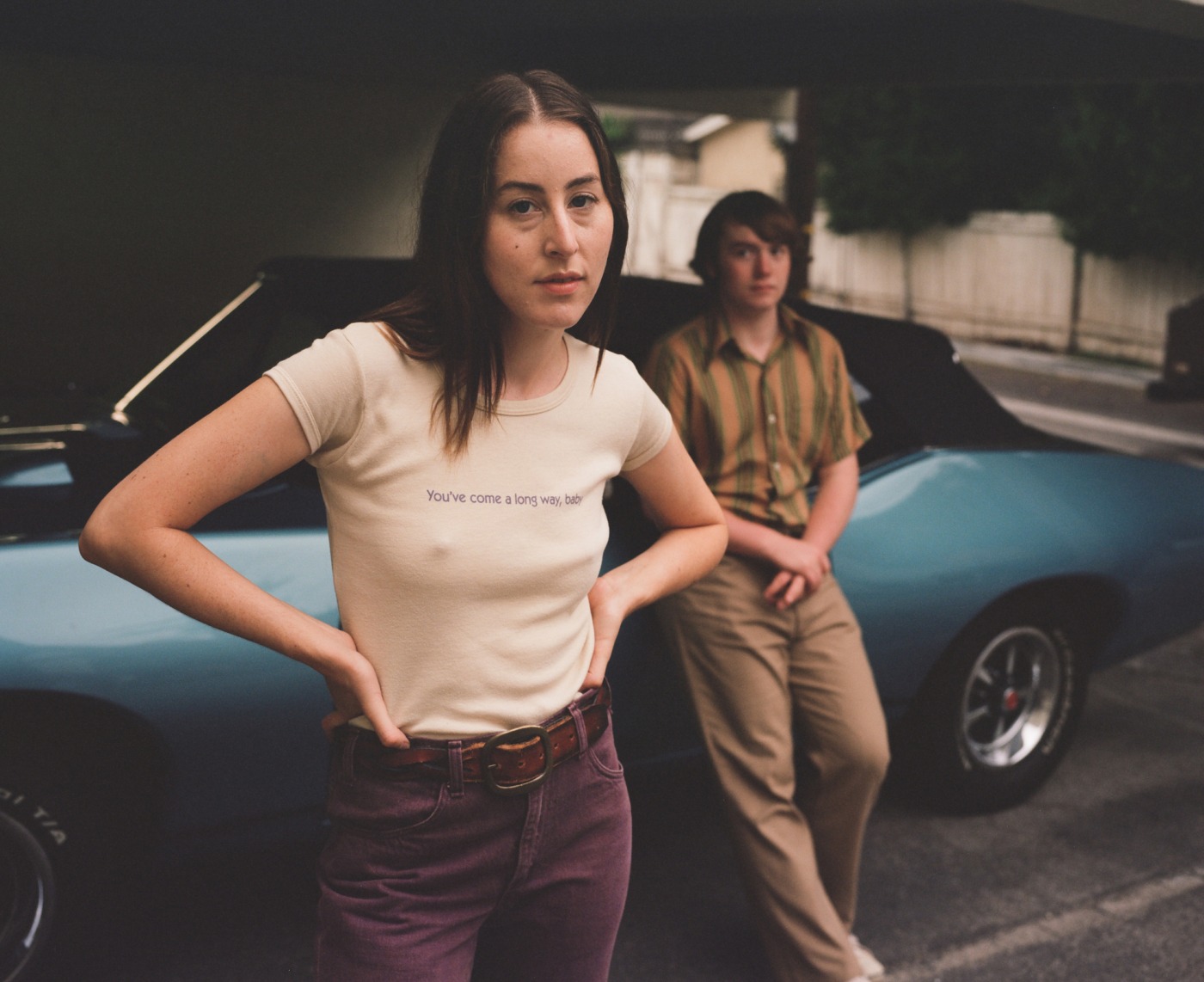 Los Angeles, 1973. America has run out of oil, Todd Rundgren’s on the radio, waterbeds are the west coast’s hottest trend and pinball is about to be legalised within the city limits. Making the best of the situation is a 15-year-old ageing child actor and budding entrepreneur called Gary Valentine (Cooper Hoffman). When he’s not flying to New York to dress up in pyjamas and act as a TV show extra, he’s occupying his regular table at a local upmarket restaurant or sitting in on business meetings with his mother. Gary is smart and perhaps too confident for his own good. It’s his cockiness that leads him to flirt with Alana Kane, a 25-year-old yearbook photographer who continues to live with her parents.

This flirtation leads to a very strange relationship. Gary and Alana become friends and business partners, dancing around the edges of a romantic relationship that seems absolutely inevitable. Their friendship will see them encounter Barbra Streisand’s volatile boyfriend, cash in on the waterbed trend and quickly tumble in and out of a series of short-lived near-romances with politicians, movie stars and girls from school.

Licorice Pizza is yet another superlative example of 21st century filmmaking, making it Anderson’s eighth truly great movie in a row

I’ve been waiting for Paul Thomas Anderson’s latest movie for so long that I can still remember its bizarre working title: Soggy Bottom. Each and every movie that Anderson has released in this century has already secured its place among the canon of modern classics. There Will Be Blood is often considered one of the greatest movies ever made; Inherent Vice has a loyal army of fans camped out across every single social media platform; The Master‘s reputation seems to be growing more and more with every passing day; Phantom Thread drew rapturous critical acclaim, and Punch-Drunk Love introduced Adam Sandler to the world as a seriously talented dramatic actor. I’m happy to report that Licorice Pizza is yet another superlative example of 21st century filmmaking, making it Anderson’s eighth truly great movie in a row.

After years of focusing on false prophets, heartless capitalist overlords, dysfunctional marriages and drug-addled detectives, it’s an absolute delight to watch an Anderson movie about young love. Licorice Pizza is essentially a romantic comedy, and it’s just about the best example of the genre that you’re ever likely to see. The real unique joy of the film is that this time you aren’t waiting for a bloodbath or trying to search for the deep, underlying subtext. You’re simply running along with Gary and Alana, bathing in the California sun and excitedly preparing yourself for the next madcap summer adventure.

Every single scene and set piece has its own tension, its own irresistible energy and its own constant momentum

Anderson’s immense skill is immediately apparent, with a virtuoso, swinging long take following our two leads as they meet for the first time. The camera feels lighter than air, following the opening salvo of flirtation, cutting retorts and endearing chemistry that will characterise Gary and Alana’s relationship for the rest of the film’s running time. Not a single cut feels jarring, and the sprawling structure never threatens to collapse under its own weight. Despite the film consisting of a string of strange episodes, often shot with a brilliantly fluid wooziness, every single scene and set piece has its own tension, its own irresistible energy and its own constant momentum. Licorice Pizza doesn’t let up for a single second. There’s no unnecessary expository scene, no overused clichés dampening the thrill of the story and no obvious conclusion to each sequence of events.

Anderson simply utilises every inch of his directorial prowess to immerse his audience in a brilliantly realised, endearing and appealing vision of the recent past. His great influences are clear. The sprawling, unconventional narrative showcasing the oddball, offbeat side of LA draws very clearly from Robert Altman, while Anderson’s immaculately choreographed, effortless long takes are in some sense indebted to Max Ophüls and Federico Fellini. The final product is a slick, warm daydream: Licorice Pizza is a colourful and chewy collage of parties, packed rooms, traffic jams and semi-important meetings, all exquisitely composed by the hand of a modern master.

The ending to Gary and Alana’s peculiar adventures is wonderfully simplistic and overwhelmingly charming. There’s no need for some grand stand-off, epic culmination of themes or earth-shattering revelation. All that’s needed is a simple spark of realisation and an impulsive moment of heart-warmingly genuine affection. The final series of images gave me the broadest and most satisfying smile that any film has given me in a very long time. Hoffman and Haim’s performances are key to the film’s success as each manages to play their role without ever being precocious. Gary and Alana are confident, gregarious people who feel that they have the ability to make their own good luck. It’s the masked anxiety and shared compassion behind their performative acts of strength and independence that endear them to us. We can see what they really want. Both occasionally allow their masks to slip and the depth of their feelings for each other to be laid bare, and this is where both Haim and Hoffman truly excel.

It’s a simple story of a naïve, adrenaline-fuelled, admittedly problematic romance that took place one gloriously bizarre summer a very long time ago, in a different place and a different age

My favourite thing about Anderson’s movie is that it doesn’t treat its subject as more important than it is. This is no melodrama about heartbreak or devastating critique of the social morays of 1970s American society. It’s a simple story of a naïve, adrenaline-fuelled, admittedly problematic romance that took place one gloriously bizarre summer a very long time ago, in a different place and a different age. We care for Gary and Alana because they care so much for each other, in their own messy, back and forth, exasperating way. Their raggedly tender relationship feels truly authentic, and in an age of clichéd cookie-cutter rom-coms churned out by major streaming services, watching the world’s greatest active director craft something so personal, so sweet and so unpretentious feels truly liberating.

Licorice Pizza has all of the heart-warming giddiness of a classic teen romance movie like Dirty Dancing, but it’s Anderson’s assured control of cinematic grammar that elevates the material to a higher filmic plane. It could well be the best movie I’ll see all year, and I watched it on the 8th of January.