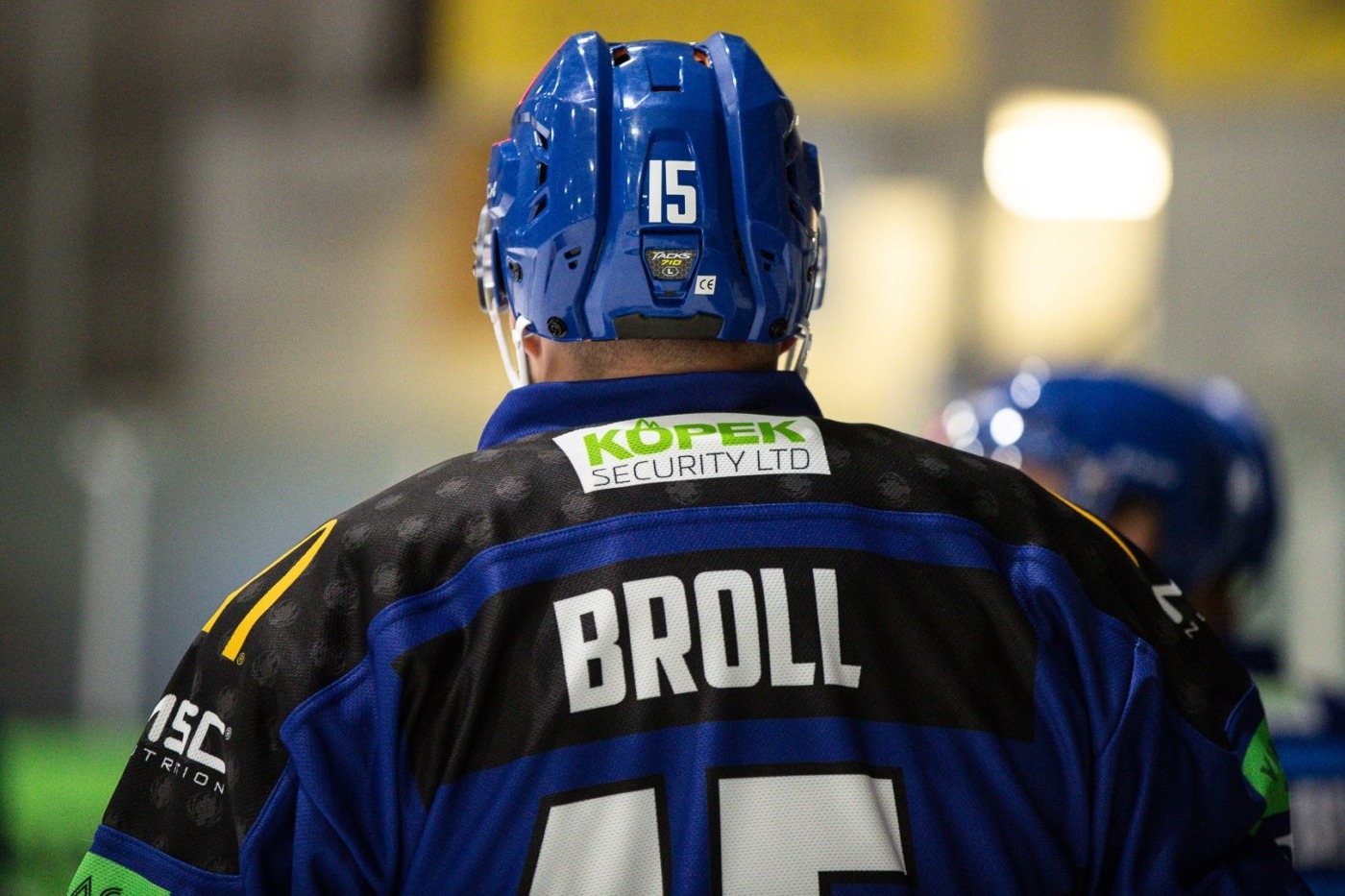 Coventry Blaze forward David Broll has retired from professional ice hockey to become a firefighter in Oakville, Canada, the club has announced.

The 29-year-old, whose final outing for the Blaze came 52 days ago, made 54 appearances and registered 26 points (11 goals, 15 assists) in the Elite Ice Hockey League. He also spent 217 minutes in the penalty box.

“This is something that I have been working at for the last couple of years with courses and voluntary experience, which led to me getting the opportunity for an interview at the fire department in the town right next to where I’m currently living in,” Broll said of his career change.

“I did the first interview [online] and I didn’t know where it was going to take me, but I spoke to Stewy [Danny Stewart] to tell him I was getting pushed onto the second interview as I didn’t want to blind-side anyone.”

I was then on stand-by for a while, but received an offer

In mid-November, Broll was granted permission by the Blaze to return to Canada to participate in Oakville Fire Department’s application process.

“To cut a long story short, I had to come home for an evaluation in person,” Broll explained. “I was then on stand-by for a while, but received an offer. They hire 15-20 people from 900-1,000 applicants… which leaves me here not being able to come back to Coventry.”

Of Broll’s departure, Blaze head coach Danny Stewart said: “Broller was a big part of our team and organisation. He is a big loss on and off the ice. It’s unfortunate that it has turned out this way, but these guys aren’t making millions of dollars and life after hockey can be daunting.

“I like to think as staff and an organisation, we’re not just invested in guys as players, but also as people. We talk so much about getting good people in, it would be a shame if we treated them otherwise.

“It’s a big opportunity for Broller to purse something in the next chapter of his life. From a personal standpoint, I’m thrilled for him. From a coaching standpoint, it’s a bit frustrating but you’ve got to be understanding at the same time. We wish him the best of luck and I know he’ll remain a fan favourite for this organisation for a very long time.”

Named Clubman of the Year following the Blaze’s impressive campaign in 2019-20, the Canadian was a popular figure and served as an associate captain during his time at the Skydome Arena.

Broll was selected in round six of the 2011 NHL Entry Draft by the Toronto Maple Leafs, for whom he made five appearances and registered one assist. Although he was later traded to the Tampa Bay Lightning, he enjoyed an impressive career in North America’s minor leagues.

The Mississauga, Ontario, native made 274 appearances in the American Hockey League, adding to the 85 caps he amassed in the third-tier ECHL.

In his final message to the Blaze faithful, Broll said: “I want to thank everyone in Coventry from the bottom of my heart. It’s going to be tough not being able to say goodbye in person, but these are the cards I’ve been dealt with. It was a tricky decision, but I hope everyone can understand.”