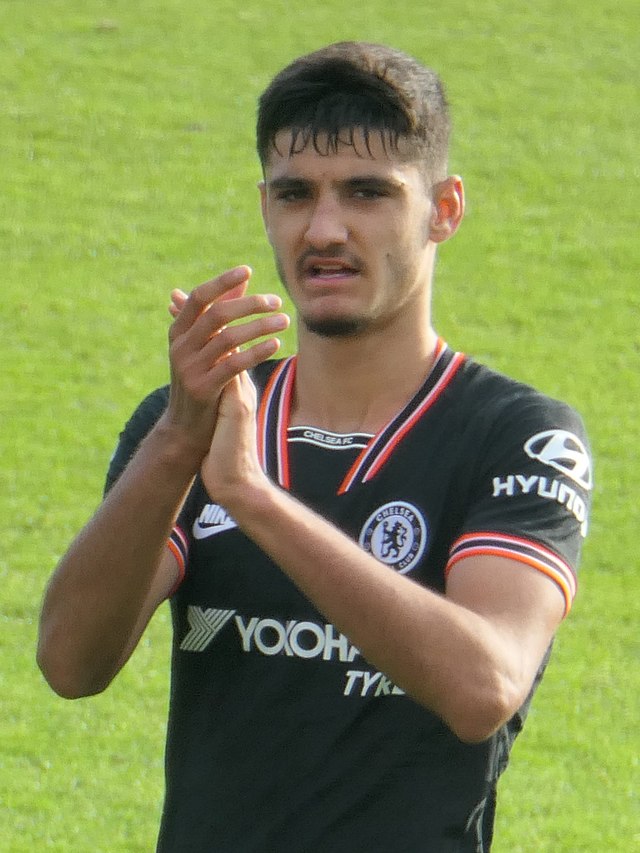 Armando Broja: What next for Chelsea’s breakout loanee?

Cobham graduate Armando Broja is having a fruitful year on loan at Southampton, scoring seven goals in all competitions for the South Coast club.

Broja’s performances have, quite literally, been off the charts. He boasts one of the best ‘goals per 90 minutes’ in the league this season and is the Saints’ top scorer across all competitions.

As a taller player, many would write the Albanian off as just a ‘target man’, but this would be reductive. Broja’s main strengths are in his movement off the ball and his composure in front of goal.

“He is a player that can create chances by himself and score goals by himself. This is a weapon that not a lot of players have,” said Southampton manager Ralph Hasenhüttl.

The 20-year-old’s sensational season so far has drawn the wider attention of the league, and his performances have certainly caught the eye of Chelsea manager Thomas Tuchel.

Having had just one Premier League appearance before joining Southampton on loan, it is not an exaggeration to say that Broja has burst onto the scene. At the Saints, Broja has enjoyed regular gametime, leading to rumours that he could join his loan club permanently after the end of the season.

However, Tuchel was strong in saying that Broja was still “our player”, when asked about whether Broja could potentially leave Chelsea permanently.

Hasenhüttl is unlikely to secure Broja on anything permanent soon as the January window draws to a close. There is no doubt that new owners, Sport Republic, will be keen to keep Broja beyond June this Summer though.

Despite this, Chelsea’s striker woes could pose a threat to Southampton’s Broja agenda. With Romelu Lukaku’s situation at Chelsea seemingly tense, Tuchel will be in search of an ‘out-and-out’ striker – a mould that Broja fits.

Should the Blues take a chance on the Albanian talisman? The numbers suggest so – Broja has outperformed Chelsea’s forwards ‘per 90 minutes’. Indeed, Broja has a higher ‘goal per game’ ratio than Lukaku himself.

With that said though, it would seem hard for Chelsea to trust Broja as their starting striker next season currently – he is still young and has just shown flashes of brilliance at Southampton. Chelsea will likely want someone who has shown more consistency at an elite level if they decide to move on from Lukaku.

There is also the option where Southampton take Broja on loan for a second season – a compromise that could please both parties as it gives Southampton another year with the fan favourite while he develops into the striker that Chelsea would be happy to depend upon. It is believed that while Southampton are open to this, the ideal situation for them would be a permanent transfer.

Another option would be for Chelsea to implement a buy-back clause, like the one they have for Tino Livramento.

Aside from Southampton, it is rumoured that other clubs could be interested in the 6’4 striker too. West Ham United is a name that has come up within the rumours.

Despite the ongoing talks between Southampton and Chelsea over the prospect’s future, Hasenhüttl appears to be calm and in no rush to secure any longer-term future for Broja at Southampton.

“We gave him a big chance to show up, we do not need a ‘thank you’ for this – he just needs to continue to do his job. We have a deal – that deal is that he gives everything for this club,” said the Austrian.

“I know that he is here until the end of the season. We have enough time to talk to them and to talk about our future together with him.”