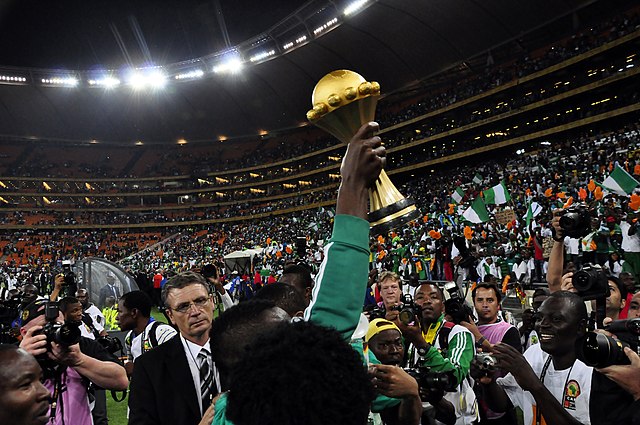 The African Cup of Nations (AFCON) kicked off in Cameroon on 9 January and looks set to be one of the most fiercely contested tournaments in recent years. From Mohamed Salah to Kalidou Koulibaly, the continent possesses some of the best players in the world, and this year’s tournament will arguably display the highest level of talent Africa has seen. Unfortunately, build-up has been marred by a host of European clubs putting their own interests above the global game.

This year the tournament, lasting just under a month, takes place during the middle of the European seasons and, therefore, means those playing in Europe will miss this part of the domestic campaign. This is naturally detrimental to the clubs impacted by such players’ departures, and while the majority of clubs have willingly released their players for international duty, there has been a general reluctance.

The Nigeria Football Federation issued a statement accusing Watford of “bearing fangs” by not allowing in-form striker Emmanuel Dennis to join the Super Eagles squad. Nigeria supposedly missed the deadline set in order to request Dennis’ release for the AFCON, a mishap which is perhaps excusable given other Premier League players weren’t scheduled to fly to Cameroon as late as 3 January. However, Watford were unsympathetic and have barred their star-man from leaving. Would they have come to the same decision had Dennis not contributed to just under 60% of their goals scored this season? Possibly not.

A similar situation occurred at Napoli, where the Nigerian federation did not even attempt to call-up their star-man Victor Osimhen, as they did not want to get caught up in a legal battle with the Italian club as Osimhen recovers from a facial injury and Covid-19.

The latest controversy, however, once again comes from the Hornets. This time it is Senegal who have criticised Watford for not allowing Ismaïla Sarr to participate in the tournament, the Premier League club citing injury as the reason for his inability to participate. The Senegalese Football Federation, like Nigeria, publicly slammed the Premier League side for blocking Sarr from playing on the “basis of arguments equally specious as fallacious”.

Sarr is currently out with a knee ligament injury suffered against Manchester United on 20 November and Watford argue he remains in recovery. Whether Sarr is fit enough to play is known only to the player and the club’s medical team, but it is unreasonable to prevent him from travelling. Senegal are one of the favourites for the tournament and are expected to progress deep into the tournament, which only weakened Watford’s stance. Sarr has since been released for the tournament, but his initial exclusion was emblematic of the wider problem.

Watford have prevented their two best players from travelling to Cameroon for the AFCON to the vehement dismay of the nations they represent. Watford may well be innocent of wrongdoing; however, it appears convenient that they retain the services of key players to bolster their chances of survival.

Ultimately, the most important issue to consider is the fact that this even became an issue in the first place. Why should African players be restricted or criticised for representing their nation in the continent’s most important competition?

Former England and Arsenal striker Ian Wright highlighted the evident hypocrisy in the European media’s coverage of the AFCON, questioning the “furore” that would erupt if an English player was asked if he would be honouring a call-up to the national side, and it is impossible to disagree. There almost appears to be an expectation from a number of journalists in Europe that players should place loyalty to their European club over their national team.

Wright was speaking of Ajax’s Sébastien Haller, who was asked if he wishes he could stay at Ajax and play crucial fixtures against FC Utrecht and PSV Eindhoven. Haller responded: “This statement shows disrespect for Africa. Would this ever have been presented to a European player towards a European Championship? Of course, I will go to the Africa Cup of Nations to represent Ivory Coast. That is the highest honour.”

Wright says the coverage is tinged with racism and he is correct. Football in Africa suffers from a disproportionate lack of funding and investment in comparison to Europe and the negative coverage of the tournament only exacerbates this gap. It is all well and good for the best players in the world to play in Europe, yet when they are asked to play in Africa, obstacles crop up constantly.

It is typical of European history to plunder and exploit the African continent. Preventing an African footballer from representing his national side is, of course, not comparable to atrocities of the past. However, it does represent a continuation of European disrespect towards Africa and an unfortunate demonstration of lingering, rotten attitudes.