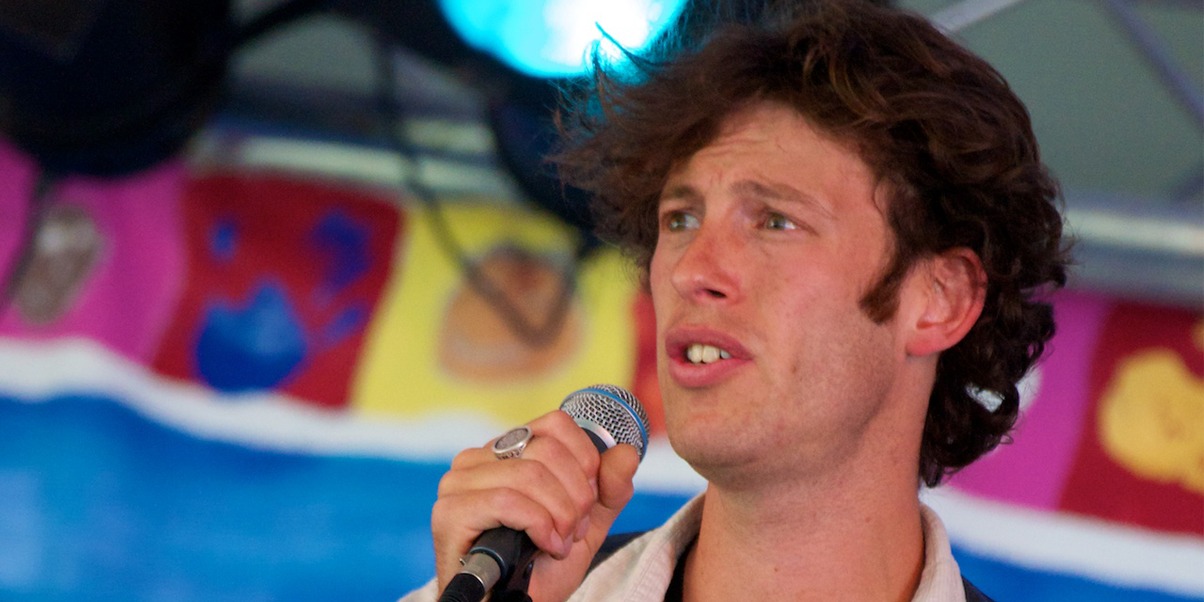 Birmingham is a busy and dirty city. On my way to St Paul’s Church, a venue situated in the Jewellery Quarter, I had to dodge puddles, drunks, and tourists. Stepping inside the church after my fraught journey, then, felt all the more like the end of some arduous pilgrimage. The quiet, spacious, and crisp atmosphere inside could not have contrasted more with the business and bawdiness of the streets outside, although it fit perfectly with the music I was about to hear.

Sam Lee and his band filled St Paul’s with their ‘pagan’ sounds to which no hymn or dirge could compare. His music speaks of the tangible seasons of England past and present, carrying an ideal spiritual and soul-nurturing sound, perfect for a time of year when all we see is the detritus of autumnal decay. Outside the golden leaves might be turning to mush, but inside, the music has a life that is centuries old and far less prone to seasonal alteration.

It wasn’t a gig so much as it was a night of learning and reflection. There was no commercial evidence in St Paul’s, and it felt communal. It was twee, too. Lee was accompanied by percussion, a powerfully deep double bass, violin, and piano. Many in the audience appeared more the kind of cosy old folks who would be likely to offer cocoa and a story before bedtime, instead of the thinly-veiled bigots boomers are now made out to be.

Lee and his band stood before us in scarves, overcoats, and jumpers to brace the freezing temperatures. That only added to the night’s atmosphere. They were at home there, and after a while, so were we.

His song collecting sounds like the sort of thing that would have more of a place in the bygone days of Victorian England instead of whatever era we inhabit now.

Lit up on the altar with a sparkling silver crucifix in the background, his set was the perfect anachronism. Never did Lee’s music overstep the mark or jar the space it occupied. No other venue would be appropriate for such a gig, save a barn or a village hall, and I doubt either could be found in Birmingham. To be in such a place in the middle of the bustling and loud city felt like the perfect respite before heading back into the cold winter’s night.

Sam Lee is not simply a singer, either. A self-proclaimed “collector of songs”, his set involves a mix of stories and songs, interchangeable when woven into a cosy and nourishing performance. Lee is at the forefront of preserving traditions that are hundreds if not thousands of years old. His song collecting sounds like the sort of thing that would have more of a place in the bygone days of Victorian England rather than whatever era we inhabit now. Nonetheless, there is still a great need for it.

Throughout the night, lasting an all-too-brief 90 minutes, we were told about the likes of Frieda Black and the Connors family. The former, a recently deceased Romani Gypsy who had recalled to Lee learning Napoleonic folk ballads from within her grandparents’ horsebox in the early 1900s. The latter, an Irish traveller clan, headed by Nan and Buffalo Connors, who taught Lee folk songs held in their families for generations, going unwritten and unrecorded save for word of mouth. Before Lee broke into song he would intone these tales to us, the codicil added to each song making the performance all the more memorable.

The folk songs Sam Lee sings are one of a kind. Recent favourites from his latest album, Old Wow, like ‘Lay This Body Down’, ‘The Moon Shines Bright’, and ‘The Garden of England’ were delivered in his crisp tenor. Lee also mixes a deep poignancy into his sets. His work is not just intended as a custodian of such folk traditions, but also as a protector of the environment. He combined this recent tour with trips to COP26 as part of his work with Music Declares Emergency, an organisation that does well to employ such a mind.

In this candid and friendly gig, we were treated to music that is far more than the sterile recordings that we now rely on to preserve it.

Lee describes the final part of Old Wow as the Earth section, in which the songs take on an environmental perspective. Here, he explores our relationship to the planet and place, a theme inherent to folkloric practice. ‘John Barleycorn’ and ‘Turtle Dove’ – the former dating back hundreds of years – take on a chilling relevance as we consider how human this problem is. It is not hard to imagine the calamities that could face us as Lee talks to us, despite being nestled in the pews in our jumpers and jackets.

Music nowadays is a long way from the folk traditions Lee upholds, as songs can now be captured and recorded so easily. Once they are up on Spotify, who knows when they will ever come down? Songs have only existed in such a consumable and immutable way for a short time, but already we worship these recordings, hence perhaps the vilification of covers and the importance of production. Traditional folk songs sit entirely outside of this mould, part of a tradition that speaks to how music in the commercial sense is such a novel convention in human history.

In this candid and friendly gig, we were treated to music that is far more than the sterile recordings that we now rely on to preserve it. The audience was not youthful, but they were colourful, enthusiastic, and eccentric. Neither was the venue glamourous; refreshments were not available, the pews were uncomfortable, the air was chilly. But for such a night, I would not have had it any other way. 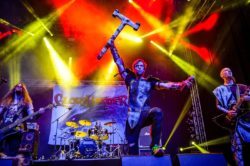 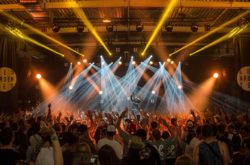