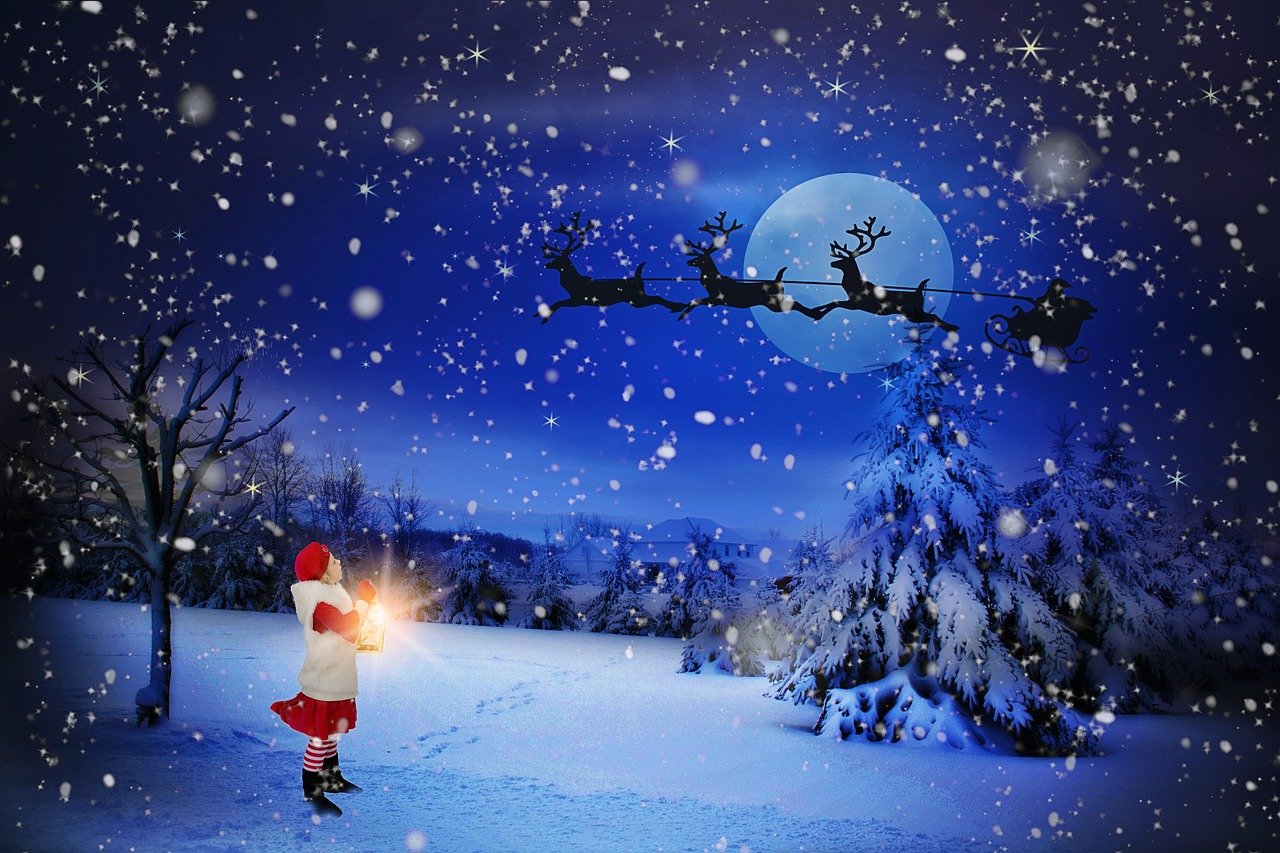 Every child reaches the age where they begin to realise that Father Christmas doesn’t make any sense. How can one man deliver presents to every child in a single night, and how come no one ever sees him? This line of reasoning eventually reaches the inevitable conclusion that the man in red simply cannot exist. But what if this logic is leaving out one key possibility: an explanation that Albert Einstein proposed over a century ago.

Einstein’s theory of special relativity describes the relationship between space and time through the analysis of inertial frames of reference. This may seem rather complicated, but all we need to take from it is that when objects reach velocities comparable to the speed of light, space-time tends to get a bit wobbly – for lack of a better term.

To reach every child in one night, Santa’s sleigh would have to travel incredibly fast. And while it may be overkill for him to travel near the speed of light, we’re going to assume that he’s able to for the sake of this theory. We’re also going to assume that Rudolph doesn’t burn to a crisp flying at this speed, although perhaps his red nose is an indication of the immense drag force.

At extreme speeds, the light’s wavelength is shifted outside of the human eye’s range, and so Santa would appear to disappear entirely

The first effect to consider is the length contraction of Santa’s sleigh as it nears the speed of light. As explained by Dr Rob Appleby at the University of Manchester: “This means that Santa and his sleigh will get shorter in the direction of motion, from the point of view of an observer.” However, from Santa’s point of view, his sleigh will remain the same length. This could come in very handy when delivering presents to tight spaces across the globe.

Dr Katy Sheen, a physicist at the University of Exeter, has also suggested that the Doppler effect could have some interesting consequences for Santa’s journey. The effect describes how the wavelength of light emitted by a moving source is spread out or squashed, causing the light to change colour. At extreme speeds, the light’s wavelength is shifted outside of the human eye’s range, and so Santa would appear to disappear entirely. This same effect would also cause the sound of Santa’s sleigh bells to become so high on his approach that they wouldn’t be audible to the human ear. Could this combination of effects explain how Santa manages to go unnoticed every year?

The final effect to consider is time dilation. As explained by Appleby: “We would see Santa’s watch tick slower than our own, due to his enormous speed.” As a result, Santa would appear to age more slowly while moving at speeds close to that of light. This could explain Santa’s immortality, although he would have to keep up this velocity all year round.

For all its merits, there is no denying that this theory has a few shortcomings. As explained by Dr Andrew Brown of Queen’s University Belfast, objects travelling near the speed of light also experience an increase in mass. This would significantly increase the gravitational force acting on Santa and mean that his “belly implodes like a bowl full of jelly”. Another issue arises when you consider the sheer amount of energy that Santa’s reindeer would require to maintain this speed throughout the night. Assuming a speed of 600 miles per second, Dr Nicholas Bojdo and Dr Ben Parslew of Manchester University calculated that the reindeer would need a staggering 7.5 billion carrots to gain the required energy.

It seems that applying Einstein’s theory of special relativity to Father Christmas raises a lot more questions than answers. However, it is interesting to consider that objects travelling at extremely high speeds lead to effects that could be considered magic. As our understanding of the universe on extreme scales is still incomplete, we may yet discover enough impossible science to explain every aspect of Santa’s incredible Christmas journey.