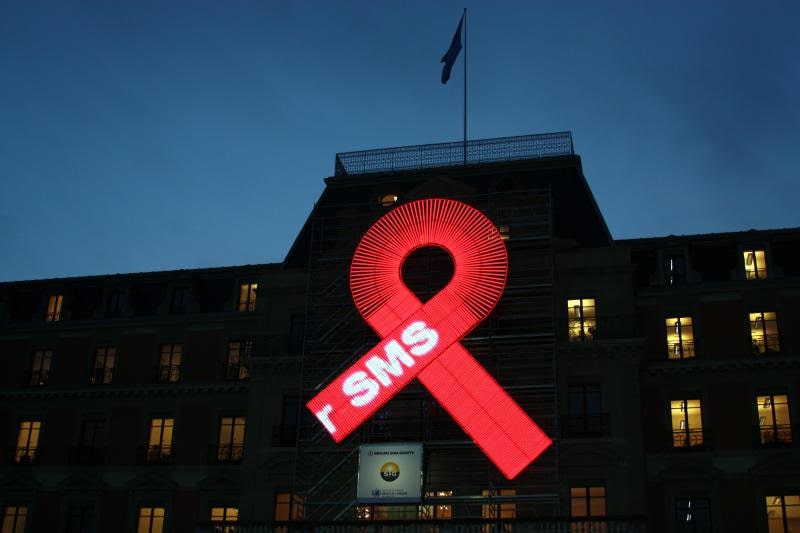 The global HIV and AIDs epidemic continues to be one of the most crucial medical and social issues of both the developing and Western world. Although it is a disease that has claimed the lives of 36 million people worldwide, a lack of education surrounding the subject means that it remains to be one of society’s biggest taboos, even in the 21st century. This combination of ignorance and stigma is arguably the biggest barrier to effectively combatting the epidemic. On this world AIDs Day, 40 years after the first case was recorded,  there is still much to do to improve the lives of the 37 million people worldwide who are currently living with HIV.

Acquired Immune Deficiency Syndrome, colloquially known as ‘AIDs’, is a collection of illnesses caused by the Human Immunodeficiency Virus (HIV). HIV is passed on only through the transmission of bodily fluids, including semen, blood, vaginal fluid, and breast milk. If left untreated, a person’s viral load (the amount of HIV in their blood) will gradually increase, leading to late-stage HIV and eventually AIDs. Thanks to the extent to which medical treatments have advanced since the height of the epidemic in the 1980s, very few people in the UK are now diagnosed with AIDs – instead, medical professionals tend to use the terms late-stage or advanced HIV.

The impressive speed with which humanity has managed to invent the necessary drugs and medical resources to combat this deadly virus is often hailed as one of the most important success stories in modern medicine. In 2017, for the first time since the first HIV diagnosis in 1981, the overall mortality rate for people who are HIV positive in the UK aged 15-59 was equal to the general population in the same age group.

Unfortunately, the history of the epidemic in the West is much darker. As an illness that has always disproportionately affected historically underrepresented people – including the LGBTQA+, black, and working-class communities – the Western establishment’s approach to HIV in the 20th century was marked by dismissal and conservatism, resulting in research into the disease being chronically underfunded.

In the United States, Ronald Reagan did not make his first public address on the AIDs epidemic until 1987, by which point almost 56,000 cases and 28,000 deaths had been reported. Community education and prevention programs were denied federal funding, while conservative and religious groups who condemned AIDs as a divine punishment on homosexuals received increasingly bigger platforms. In the UK, Normal Fowler – the Health and Social Secretary from 1981 to 1987 – publicly admitted that Margaret Thatcher’s government did not consider the HIV/AIDs epidemic a priority when being interviewed by the National HIV Story Trust.

As such, the HIV/AIDs epidemic is one that is much more than just a story of medical challenges and successes – it is one of collective trauma, loss, grief, and anger. As a disease which has no cure, at least for the time being, there is a significant community of HIV carriers who were among those diagnosed in the immediate decades following the first case. Many of them had to watch their loved ones die because of systemic failures, not knowing if their fate would be the same.

It is important to recognise the momentous progress that has taken place in the last 40 years. Once extremely expensive and inaccessible, it is now believed that 98% of those who are HIV-positive in the UK have access to antiretroviral drugs. The most important scientific advancement in relation to HIV in the 21st century has been the discovery that a person who is HIV positive cannot pass on the virus if they have an undetectable viral load (the amount of the HIV virus in their bloodstream is below a certain threshold.) Since an undetectable viral load can only be achieved through long-term, constant use of anti-retroviral drugs, this discovery has been crucial in asserting the link between access to adequate medical treatment and the eradication of the virus.

In addition to the ‘undetectable = untransmissible’ discovery, the 21st century has also seen the development of PrEP and PEP – two drugs that prevent the transmission of HIV pre and post-exposure, respectively. Data suggests that in 2019, 105,200 people were living with HIV in the UK, and that 97% of these patients had an undetectable viral load. This shows that there is a large community of people living with HIV in the UK who are able to live normal and long lives, with healthy sexual and romantic relationships, children, and careers.

Rather, the greatest challenges for those who are HIV positive in contemporary Western societies tend to be ones that stem from stigma, and the social exclusion that can follow. Misinformation and ignorance about HIV, particularly about how it is spread and treated, is rife – even in medically advanced countries such as the UK, who boast of their achievements in combatting the spread of the virus.

Take the example of rapper DaBaby, who – in the midst of making homophobic comments during one of his live shows in July 2021 – claimed that HIV will make you “die in two or three weeks.” Similarly, when commenting on the controversy caused by the decision of two dancers on the BBC’s Strictly Come Dancing to publicly refuse the vaccine, actor and politician Laurence Fox compared them to two “HIV positive dancers”, implying that being HIV-positive is a choice.

In this context, it is unsurprising that people with HIV are twice as likely to be affected by depression in comparison to those who have no experience with the virus, or that a diagnosis of HIV is often followed by one of PTSD. For many, a HIV diagnosis is a shameful secret that they feel they must carry with them their entire life, for fear of ostracization and rejection by those they love.

Crucially, the misinformation surrounding HIV is one of the biggest barriers to early testing and diagnosis, which is absolutely vital in preventing the development of AIDs. Going forwards in tackling HIV and AIDs, it appears the approach to combatting the condition needs to integrate a more pastoral approach alongside medical ones, such as providing adequate mental health resources for people following their diagnoses.

It is also important that the West recognises its responsibility in combatting the HIV epidemic worldwide, not just domestically. 21st century narratives of success that surround HIV are often Eurocentric, and portray regions still massively impacted by HIV/AIDs in a stigmatising way. According to the World Health Organisation, ⅔ of all HIV-positive patients are concentrated in the WHO African region. This is a global epidemic which is rooted in socio-economic inequality, and as such, requires a global, collaborative effort.

As is often the case with the history of marginalised groups, there continues to be widespread ignorance about the injustices and difficulties suffered by the HIV-positive community. Although the increased access to proper treatment means that far less lives are claimed by the virus every year, and those carrying the virus can live a healthy life without exhibiting any signs of illness, we need to be careful to not become complacent about the epidemic’s impact. When the conversation about HIV runs dry, those who suffer from it are silenced.