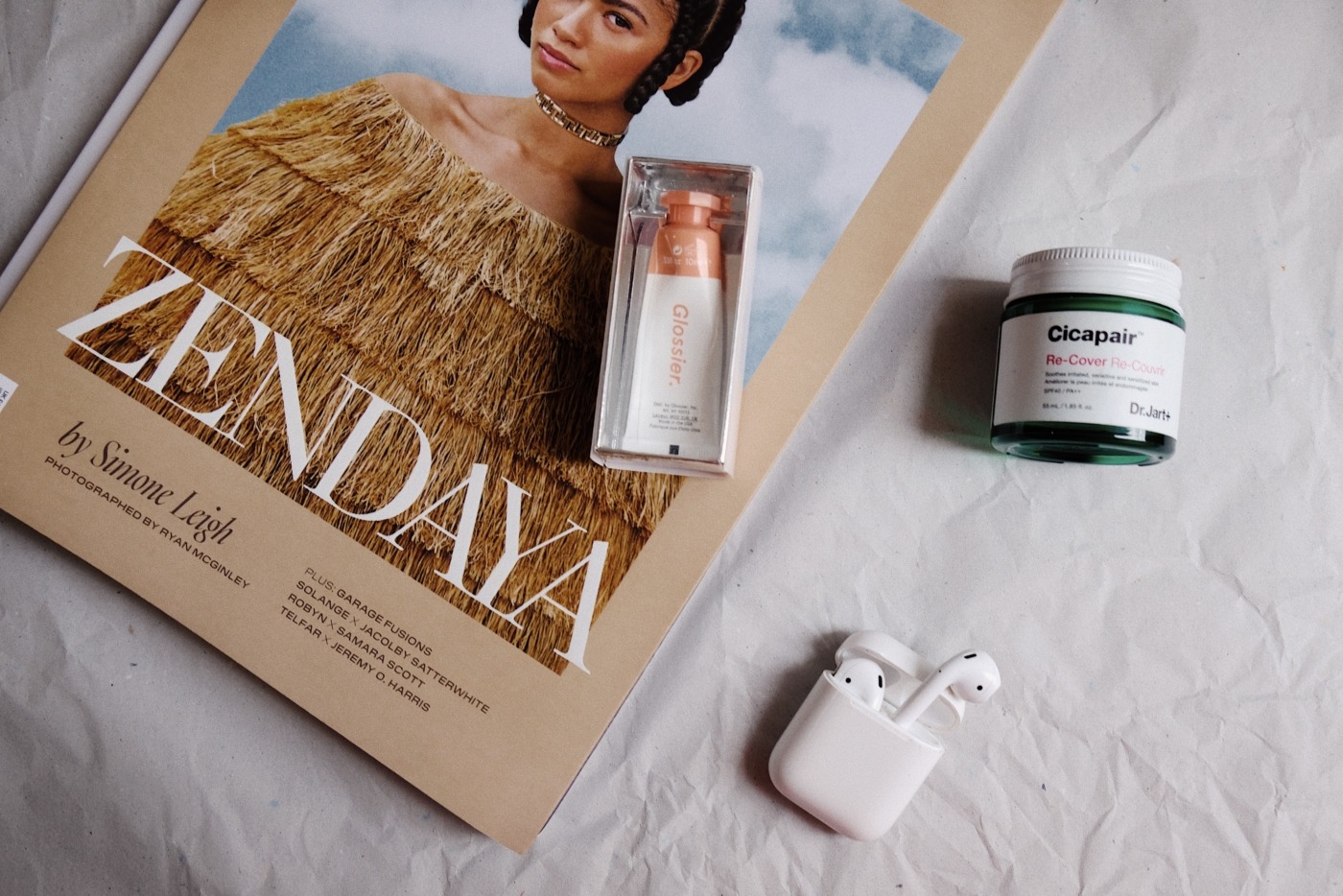 Zendaya: a fashion icon in the making?

Zendaya is one of the most popular and influential actresses of our generation. She has an incredible personality, a unique sense of style, flawless acting and singing talents. She also qualifies as one of the most gorgeous celebrities of our time, although that is beside the point. One of her many talents is putting together stunning outfits. Today we will break down her most impactful looks over the past years: from red carpets to premieres and photo shoots.

Zendaya’s strength and originality lie in always finding the right mix between glamour, bold and badass. Those 3 components put together are decisive to the creation of her brand. As the years go by, she further demonstrates that she can put together incredible outfits based on these three styles.

She definitely would have been the muse of every principal haute couture designer in every fashion era. Her boldness and constant original outfit make her the best dressed of our generation. Zendaya’ creative choices and attitude at every event she is attending constitute her brand image and makes her unforgettable. We can like it or not; all her looks were highly thought about and always on point with a steady original trait.

Zendaya is an “Idôle” in fashion nowadays

We will start with an outfit famous for having broken the internet. In May 2019, Zendaya showed up at the Met Gala Carpet in a Cinderella Tommy Hilfiger dress. She successfully gave a fresh image of the famous blue dress. The ensemble of a loose corset and tulle also light up on the red carpet. This was one of the most talked-about looks of that year’s Met Gala. From the hair to the glass shoes, Zendaya seemed to come right out of a fairy tale.

Later that year, in July 2019, when she announced her collaboration with Lancome, Zendaya wore a George Hobeika resort dress. The blush pink of the dress, the colour of Lancome, matched beautifully with her skin tone. This V-neck is nowadays a popular form for tops, dresses or jumpsuits. This shows that, just like the perfume she is the face of, Zendaya is an “Idôle” in fashion nowadays.

In September 2019, she made the most remarkable appearance at the Emmy Awards. She looked stunning in a green satin dress with a corset and high leg slit by Vera Wong. This sophisticated look showed a shift between the Disney actress and the Euphoria star. Even if she was already making herself a name in the industry (The Greatest Showman, Spider-Man, Malcolm and Marie etc.…), this dress helped put her on every fashion radar of the moment.

But Zendaya does not only show her fashion sense for important events. Personally, I am still on a quest to try and find the patchwork pants she wore at Ferragamo for the 25th Essence Festival. More recently, during the Dune premiere, she illuminated all of us with a wet style from head to toe, with a Louboutin non-negligible bonus. She was stunning in a Balmain custom made dress. Not a lot of celebrities can make wet-style work, but she definitely can and did.

Another trait of genius in Zendaya’s fashion sense is her badass attitude and androgyne look. She is known for her famous women’s suits. Inspired by Julia Robert and Winona Ryders in the 80s, Zendaya marked the comeback of those girl boss outfits. Dark or clear tones, she can do it all. Whether it be regular cut with her grey Berluti suits at the Harper Bazaar icons party, or a cropped cut in a modern white ensemble from Mônot at a GQ event in November 2019, or even a power suit from a collaboration with Tommy Hilfiger at a charity event in September 2019. Mixing feminity and power is always stunning.

However, my ultimate favourite suit from Zendaya is her outfit for the Armani show of Paris Fashion week of 2019. She put together a cropped classic tuxedo from Armani with a black high-waisted pantsuit and black Louboutin. A look you need to see!

It is impossible to write about Zendaya and fashion without talking about her first worldwide success: the 2018 Met gala. This homage to Jeanne of Arc by Versace remains one of the most talked-about looks of that year’s Met Gala. Not many people could have pulled it off, between the bob cut or the metallic armoured or the sparking chainmail, to only cite a couple of the outfit’s unusual components. It is with that outfit that she demonstrated a genuine strength in her look.

More recently, and with the tour press of Dune, we were able to catch a new power outfit from our favourite warrior (I think she was a warrior in Dune or something close?). She mixed feminine and masculine looks last September for the 78the Venice Festival. She was wearing Valentino’s low-cut white silk dress, enhanced by a pink detail on the low cut. The style was modernized by an oversized tuxedo. I think this look is an example of how Zendaya can mix glamour and femininity with her fighter and badass side. She constantly surprises us and stays trendy while keeping her own style.

Zendaya has been praised for her bold choices and unique outfits. For example, her pink metallic breastplate from Tom Ford at the Critic’s choice award in January 2020 was one of the most original pieces I have ever seen.  An eye-catching outfit that also created sensation was her backless Armani red and black dress. This shining dress stole the show to the movie at the Premiere of Spider-Man Homecoming.

If you were scrolling on social media in September 2020, you must have seen the image of Zendaya receiving an Emmy for Euphoria from home in a custom-made Armani dress. According to her stylist Law Roach (a wonderful, wonderful man!), this was the time Zendaya became a fully accomplished actress and woman. The dress was a beautifully executed combo by Armani. The pearl bandeau top showed her new and fresh sense of style, and the ball gown skirt added the class and elegancy of Zendaya. This unique look was completed with jewellery and a complicated bun. Of course, the most perfect accessories were the Emmy award of Best actress and becoming the youngest actress to ever be honoured with this prize.

Another example of how Zendaya can write her own fashion rules can be seen in her homage to Beyoncé in a vintage Versace dress in June 2021. This stunning purple V-neck stole the entire show. Not a lot of people can do a tribute to Beyonce, especially from an iconic look. However, Zendaya, as always, did it perfectly. She looked grandiose in it and perfectly mixed both universes in a glance; Zendaya meets Beyoncé for our greatest pleasure.

It took me a week to recover from this breathtaking look

In a more “casual” look, Zendaya did a perfect Lola Bunny look at the Space Jam: A new legacy premiere. She picked up a colourful 2-piece ensemble from the new Moschino collection. I think this is a perfect example of how Zendaya can wear an audacious outfit with taste. I personally did not like the Moschino collection and thought it was a disaster. However, she successfully chose a perfect outfit from it.

To finish with her one-of-a-kind style, I am obviously going to go back to the Dune press tour. How can anybody top the first look she brought up at the first premiere of Dune? It took me a week to recover from this breathtaking look. A week I did not get as my breath was once again taken away by her spectacular outfit at the highly anticipated Paris Premiere of Dune. She arrived in a totally different look than the Balmain one but not less magnificent.

This dark burgundy ensemble included a long-sleeved backless crop top and a mermaid skirt. The look is finished with feathers on the bottom of the skirt. The backless top and the perfectly fitted skirt made every head turn. This outfit by Alaïa stole the light of the movie to put it on our fashion queen. From gold hoops and necklaces to the feather, this 70s look could compete with the most iconic look of this fashion period.