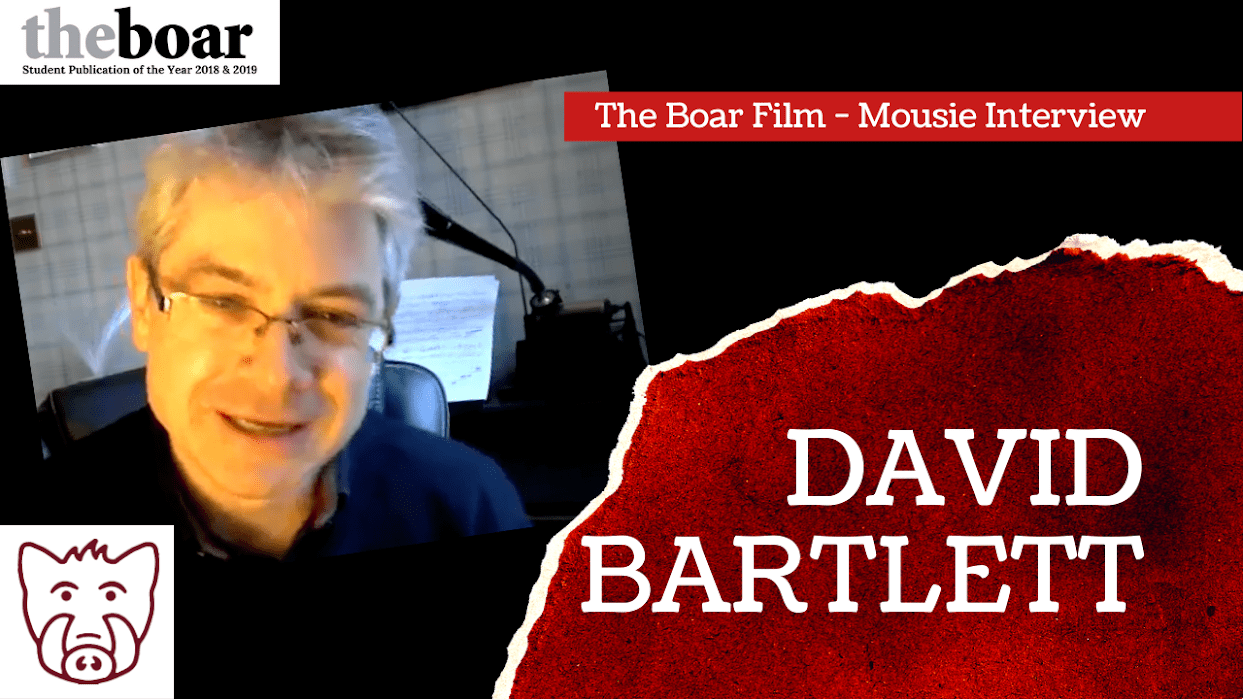 Boar Film recently had the opportunity to interview David Bartlett, a British filmmaker whose latest short film, the period-drama Mousie, has taken the festival circuit by storm. The film has garnered numerous awards for its depiction of Berlin circa 1936, following a young Roma girl, Helene (Sasha Watson-Lobo), as she struggles to survive under the constant threat of Nazi persecution.

How do you feel about the widespread acclaim the film has received, including now potentially being eligible for an Academy Award?

I feel humbled and enormously rewarded, for so many reasons. Very few people make short films without putting a lot of heart and soul into them because they’re very hard to make; and with no institutional funding there’s also no “safety net,” so you’re completely on your own. Then there’s the circumstances in which the film came out, releasing shortly before lockdown which convinced us it wasn’t going to go anywhere at all. But since everything started back up, we’ve been selected for over forty-two festivals around the world and have won thirteen (potentially fourteen) awards. It is very rewarding and humbling to see how it has resonated with everyone.

One of the most striking elements of the film is how emotive the visual storytelling is. Did you have any inspirations or influences for the film’s visual style?

Truthfully, I don’t have one single director or style that led to Mousie; it was more to do with the tones and textures of the era, in particular the party district, Nollendorfplatz, in Berlin which built a progressive lifestyle in the 1920s and was subsequently crushed by the Nazis in 1933. Those were the aesthetics that I found most interesting. But, as James Cameron said recently, “every filmmaker starts as a fan,” and I’ve been a fan for a very long time. There’s an enormous number of influences and visionaries that are all bound up within me, from Michael Powell to F.W. Murnau. Powell, for example, was such a pioneer with colour, while Murnau’s use of shapes and shadows is equally striking. Carol Reed, as well, left a huge impression on me with Odd Man Out, but if I had to, I could continue listing these icons all day!

One of the other most striking aspects of the film is Sasha Watson-Lobo’s performance as the titular Mousie. What was the process of casting such a pivotal role, wherein a lot of the film rests on a relatively unknown child actress?

Initially, we found young children that were very talented actors who couldn’t dance, or that were dynamite dancers who didn’t know how to act. For Sasha [Watson-Lobo], the tape her mother sent in showed us what a wonderful dancer she was, although we were soon informed that she had unfortunately never acted before. But upon first meeting her I was struck by how bright, imaginative, and emotionally intelligent she was. Usually, you must be careful with child actors because you cannot explain to them how traumatising a film is. But I soon realized that Sasha’s innocence to this knowledge was actually more appropriate. The child in Mousie has no idea what is happening to her, so Sasha didn’t need to know either.

To put the role of the director bluntly, we need to make a bridge with the actor to communicate and then it’s up to them to reach inside and find something. If you’re lucky, they’ll find something instinctively and require no further instruction. With Sasha, we built that bridge together and she really went there. She reached inside and was a joy to work with.

The film was made in support of ‘The Separated Child Foundation,’ which supports refugees in Britain today over 80 years after Mousie is set, yet there are nonetheless several parallels that can be drawn between the two eras. How important was it for you to tell this story in the modern climate?

The point of the film is to be a comment on the modern age and a reaction to the here and now. Around six years ago, the Syrian toddler Alan Kurdi washed up drowned on a beach in Turkey and the famous image of him that made headlines broke my heart. And it also made me very angry. Politicians all around the world pretended to care about this little boy yet never cared about the many others just like him.

But the thing that bothered me most of all was that we had been here before! The only value of something as horrible as WW2 is that we can learn from it to never do it again, because this vilification of refugees is how it starts. It starts with demonisation and separating people. It starts with deciding which children are more valuable than others. I specifically chose 1936 instead of something battle-heavy like 1945 because I wanted to highlight the gradual decline that led to the Holocaust. Only one year before Mousie, in 1935, the Nuremberg Race Laws outlawed the Jews and the Romani People. Then in 1936 the Olympics got held in Berlin and the Nazis decided to “cleanse the streets,” yet this did not lead to backlash against them. Mousie is a film about that gradual slide into evil which I hoped would make people feel connected to their compassion. I believe in the power of art as a weapon of hope and of resilience because without compassion and without art we are in darkness.

How would you say your experiences with documentary filmmaking have prepared you for a film such as this?

It taught me to look at the little details. Even when making documentaries with grand ideas like The Assassination of JFK or The Great Train Robbery, the small parts of the puzzle are as powerful as the epic view. When you interview people that lived through WW2 they don’t introduce it by saying “Picture This!,” they remember the small details like being in their grandma’s lounge, or inexplicably how cold it was. Individual lives are comparatively short, but individual people remember these small details. Even Mousie herself is a tiny detail of a broader history. Making documentaries taught me that if the small details are authentic, then people will respond to them as though they would the details in their own lives.

Do you have any other projects you would like to explore in the future?

The dancing in Mousie was largely inspired by the Nicholas Brothers, who were two black boys that grew up in tough conditions but became extraordinary tap-dancers from the 1920s until the late 1960s. I’d highly recommend trying to watch their work because it is truly remarkable, as is their story. I would love to write a biopic that could feature all their pizzazz and magic yet still tell a social story that would be relevant and unique. That’s my little pet project for the future.

What advice would you give to aspiring filmmakers and screenwriters?

I’d refer to one of my previous answers and say: never, ever miss the small elements. Cinema may feel big and epic, but the most significant themes and ideas can still be communicated in the smallest details of an individual’s life. I can’t give advice about getting into the industry, but I think you should be aware of the tiny gestures that human beings give us because sometimes the tiniest gesture can give you an enormous story.