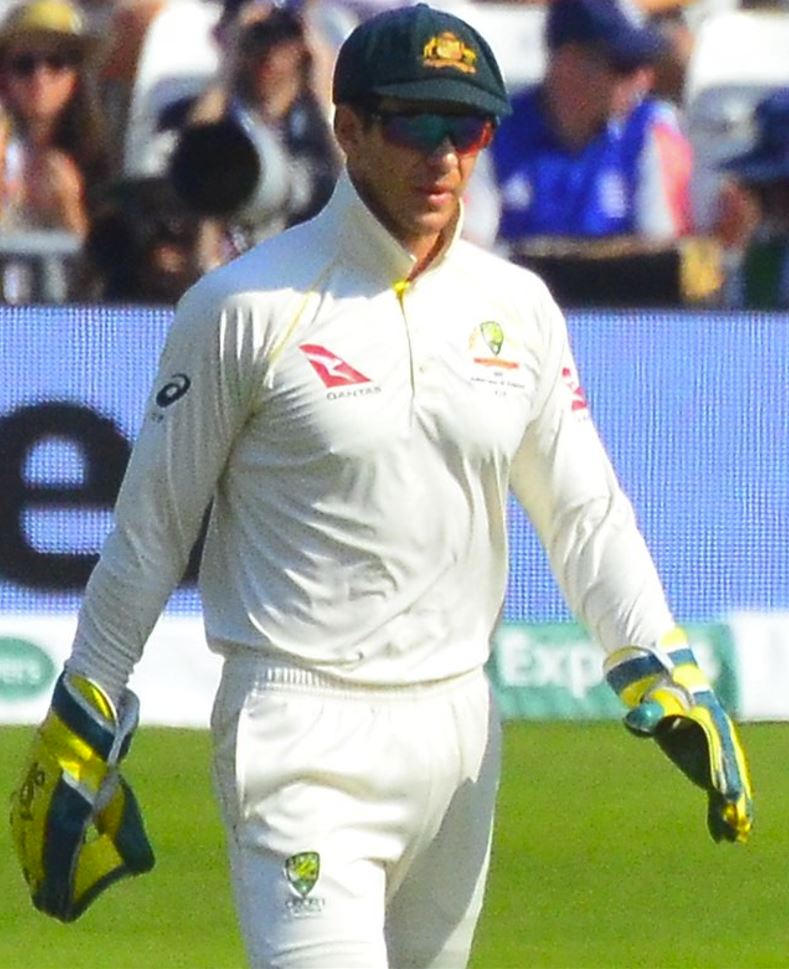 In what has been a devasting week for world cricket, there was yet another major story.

The dust has barely settled on Australia’s emphatic T20 final success over New Zealand on Sunday as Mitchell Marsh guided the Aussies to their first T20 World Cup. After a heavy loss to England in the group stage and being outsiders with the bookies pre-tournament, the triumph created a general feeling of optimism and confidence that Australia would carry that momentum into the Ashes.

However, Australia’s Ashes preparation has hit a roadblock following the news that Tim Paine will be stepping down as captain due to a sexting scandal just weeks before the start of the Ashes. Tim Paine felt obligated to resign after finding out that a historic investigation into his conduct with a female colleague was to become public. The incident occurred before Paine was appointed as captain and even though the 36-year-old was cleared of breaking any of Cricket Australia’s code of conduct at the time, he stated that “my actions in 2017 did not meet the standard of an Australian cricket captain, or the wider community”. The revelations that came out of Cricket Australia on Friday morning could pose to affect Australia’s prearranged Ashes plans.

Paine was made captain after the ball-tampering scandal in 2018 when the captain at the time Steve Smith and vice-captain David Warner were both banned from international cricket for 12 months. The wicketkeeper-batsman was praised along with coach Justin Langer for restoring the team culture of Australian cricket but the results on the pitch under Paine’s leadership have been mixed. They had the massive high of retaining the Ashes in England and winning test series at home against Pakistan and New Zealand but the home defeat to India last winter was rather disappointing for Australia. Paine has also come under fire for his tactics, especially after Ben Stokes’ heroics in Headingley, and for his batting as he is yet to achieve a test hundred. The former-Australian captain has still made himself available for selection this summer after he has recovered from neck surgery to fix a bulging disc.

With the Ashes only three weeks away, attention turns to who will be the next Australian captain. Pat Cummins, the current test match vice-captain, is tipped to take over from Paine in anticipation of facing England on 8 December. This would be a rather short period for Cummins to adapt to the new role, but Australia do have a ready-made replacement in Steve Smith, having recovered his public image after the 2018 scandal, waiting in the wings if required to take the reins.

The big question is whether this will affect Australia’s preparation for the Ashes. Australia were massive favourites before their T20 success and Paine’s resignation but with the right adjustments, this shouldn’t affect the result of the Ashes. Australia possesses arguably the best pace-bowling unit in the world, the world’s best batsman in Steve Smith and at home, they both thrive. To strengthen their batting, the Aussies can integrate Mitchell Marsh into the team after his T20 performance, but they still have question marks around who win open the batting next to David Warner and who will join Marcus Labuschagne and Steve Smith in their middle-order.

For England to win their first Ashes tour down under since 2014 they can look to the blueprint of India, who won 3-2 in Australia last winter. The tourists need their opening batsmen to bat for long periods of time to absorb Australia’s excellent pace attack and enable Root, Stokes, and emerging prospects like Ollie Pope to build large scores to put Australia’s batting line-up and new captain under pressure. The slight issue is England haven’t been able to do this in the last 18 months and have heavily relied on the batting excellence of captain Joe Root. With the loss of pace bowler Jofra Archer, the jury is still out on how much pressure Ollie Robinson, Mark Wood, and veterans Jimmy Anderson and Stuart Broad can place on the opposition due to the conditions not being to their liking.