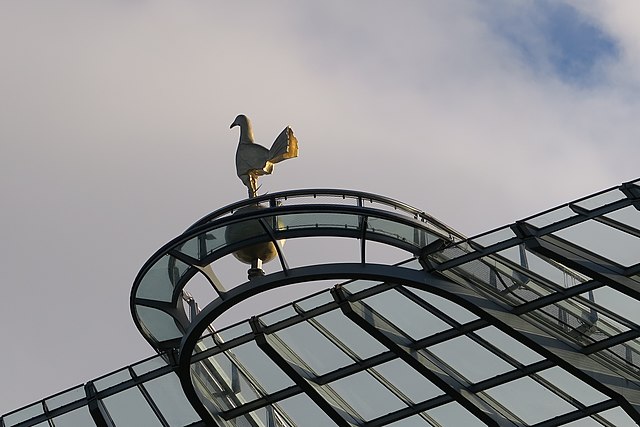 Nuno out, Conte in: where do Spurs go from here?

After just four months at the helm, Nuno Espirito Santo has officially been relieved of his duties as Tottenham Hotspur manager. Speaking in a club statement, Managing Director Fabio Paratici said: “I know how much Nuno and his coaching staff wanted to succeed and I regret that we have had to take this decision.

“Nuno is a true gentleman and will always be welcome here. We should like to thank him and his coaching staff and wish them well for the future.”

With the Lilywhites having won just eight of his 17 matches in charge, and with the club lying eighth in the league, the decision is not a shocking one. However, it certainly leaves the club in an ambivalent situation.

Warwick University student and lifetime Spurs fan Sam Barrowcliffe had this to say on the sacking: “I think the sacking was deserved. Nuno is a good manager I think, but not right for Spurs.

“It was always going to end in tears, and I think Daniel Levy knew that. I look at the Nuno appointment as a way for Paratici to buy himself more time to search for a better fit.”

From the outset, Nuno did seem a strange fit for a Spurs team who were crying out for an attack-minded manager following the departure of Jose Mourinho. The current Roma boss was shunned by Spurs fans for his seemingly defensive tactical style, but Nuno had always set his Wolves team up in a similar fashion prior to his arrival in North London.

As Sam says, Nuno effectively served as a stopgap between Mourinho and a better manager – a quick plug following their failure to reach an agreement with Antonio Conte over the summer.

Echoing this, Sam stated that he thought “Nuno was a glorified interim”, and “now we’ll hopefully see a long-term manager come in, ideally Conte”.

That ‘ideal’ situation has now come to fruition, with Antonio Conte officially appointed as manager of Tottenham Hotspur FC on Tuesday afternoon.

The Italian comes in following his departure from Inter Milan last summer, having guided the club to their first Serie A title since 2010.

Conte said in an Instagram post announcing his arrival that he is “extremely happy to return to coaching, and to do so in the UK and in a Premier League club that has the ambition to be a protagonist again”.

He acknowledged the failed deal from the summer, stating: “Last summer our union did not happen because the end of my relationship with Inter was still too recent… so I felt it wasn’t yet the right time to return to coaching… Now that the opportunity has returned, I have chosen to take it with great conviction.”

The former Chelsea boss comes in with a great deal of success behind him, having lifted the Premier League and the FA Cup last time he was in England.

Speaking on the appointment, Sam had this to say:

“I’m excited to see what Conte can do with Spurs. I think it’s a fantastic appointment and one we’ve needed for years now. Although his style of management will no doubt bring him into conflict with Daniel Levy, if the board backs him, I think we’re onto a winner.”

It is that potential conflict with the board that will be the primary concern for most Spurs supporters, with the club long favouring more ‘friendly’ management styles, such as those of Pochettino or Redknapp.

On the squad’s reaction, Sam said: “I think most players will settle well under Conte. There’ll inevitably be some that won’t gel under him. Dele Alli, Harry Winks, and a few others may be coming to the end of their Tottenham careers.”

Much of the first team squad will now be looking nervously over their shoulders, but hopefully for Spurs, this appointment will encourage many players to up their game.

Sam has tried to temper expectations, especially for the rest of this season, stating: “I think it’s unrealistic to expect Conte to propel us into the top four this season. I think he’s got a big job on his hands and that will take at least some time. My guess is fifth or sixth.”

Many will view this as a fantastic moment for Spurs, with such a brilliant coach coming in. Let us hope history doesn’t repeat itself, and Conte can avoid the Mourinho path by guiding Spurs to that elusive piece of silverware.

Pochettino Out, Mourinho In: The Special One completes shock move to Tottenham