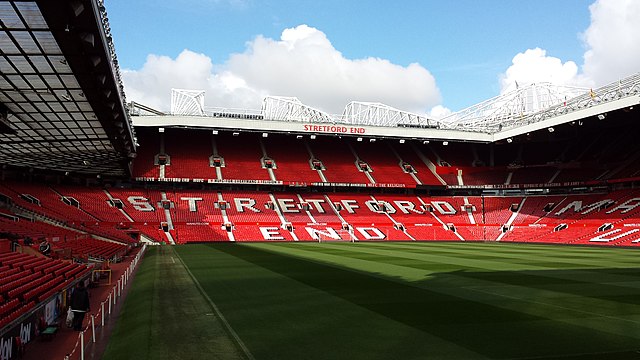 Why Erik ten Hag would be perfect for Manchester United

On Sunday, the inevitable finally happened, and Ole Gunnar Solksjaer was sacked as manager of Manchester United. Out of his depth, tactically inept, and losing the trust of his players, it was clear to everyone but the Manchester United board that he probably should have gone after the club’s humiliating 5-0 defeat to Liverpool, but it was a 4-1 smashing at Watford that sent him over the edge.

The sacking was unsurprising, but the statement that came with it, however, was not. Many expected Manchester United’s search for a new manager to begin immediately, but instead they announced that they would rather be looking for an interim until the end of the season.

Many United fans were disgruntled with this move, seeing it as the board effectively writing off the season, but, while this is true, you can understand the board’s reasoning. There are simply few top coaches who would leave their jobs mid-season, and none available on the market who actually want the job. Zinedine Zidane, for whatever reason, is not keen on the position, and though Antonio Conte would have been a good appointment, United missed out on him by not sacking Solksjaer sooner.

Presuming, therefore, that United do not make the mistake of appointing whoever they appoint as interim as their full-time boss, it is worth looking at who would be the best fit for the club in the long term. Brendan Rodgers is a name constantly touted by pundits, but whether Rodgers would be a success, or just another David Moyes, is up for debate.

The board seem to be reluctant to appoint Rodgers, something that you presume they could pull off mid-season should they so desire, and this is understandable. Not only have Leicester been very poor this season (yet another instance of Rodgers’ sides dropping off after two or three seasons), but there is also the question of whether he could command the respect of the stacked United dressing room. Rodgers does have the experience of managing Liverpool, but his Liverpool side markedly lacked consolidated star-power, beyond Steven Gerrard. The likes of Raheem Sterling and Luis Suarez were on their way up and, though he got his Liverpool side playing fantastic football, you do doubt whether players of the calibre of Raphael Varane and Cristiano Ronaldo would be impressed by his appointment.

Ten Hag ticks every box, including the ones that Pochettino and Rodgers do not

Mauricio Pochettino is the bookies favourite, seemingly disgruntled at Paris Saint-Germain and keen on the United job, but whether he would be the right man is, once again, questionable. Two years ago, it seemed he would have been perfect, transforming a mediocre Tottenham Hotspur team into Champions League finalists, even if he never picked up a trophy at the club. He then, however, decided to return to the club of his playing days, PSG, seeing them as the club with which he could make his mark on the top tier of European football. The opposite, in my eyes at least, has happened.

Ever since Pochettino took over, and especially this season, PSG have been below par, seemingly without a tactical plan and at times dominated by far poorer teams, such as Club Brugge and even Rennes. Pochettino’s Spurs team relied on a high press, and with the likes of Kylian Mbappé, Neymar and Lionel Messi simply too important to do any running, Pochettino has been stumped when it comes to finding an alternative. Interestingly, Ole Gunnar Solksjaer has had similar problems at United this season, previously relying on a persistent press, something that has proven difficult with Ronaldo up front. If Pochettino is unable to work with a team that doesn’t want to press in Paris, why should it be any different in Manchester?

Which brings us to the third name that has been most commonly linked with the role: Erik ten Hag. Unlike Rodgers, and arguably Pochettino, ten Hag’s achievements command immediate respect. Not only has he won the Eredivisie and Dutch Cup twice, but most remarkably he took a young Ajax team, put together with very little money, to the Champions League semi-final, and the team looks good enough to repeat the feat this year. His teams press, but they do not rely on it, rather dominating possession, moving with fluency and efficiency, and picking apart teams. Through attacking, his teams also defend extraordinary well, with their record this season in particular being spectacular. In the league this season, they have scored 42 and conceded only two, a remarkable record, and one that this season’s United can only dream of. He is also a long-term manager, one who likes to build a side, and this is something ideal for Manchester United as well.

Ten Hag, therefore, ticks every box, including the ones that Pochettino and Rodgers do not. He is one of the top managers in world football, and the only one who could take United back to their former heights. He would not want to desert Ajax mid-season, but it increasingly appears that this season will be his last, and, when he leaves, Manchester United would be fools not to come calling. 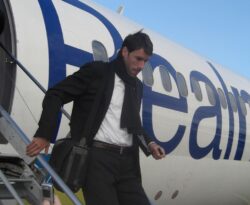 Ruud van Nistelrooy to take the helm at PSV 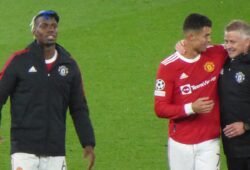 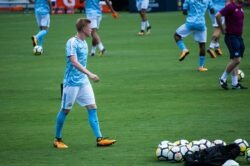