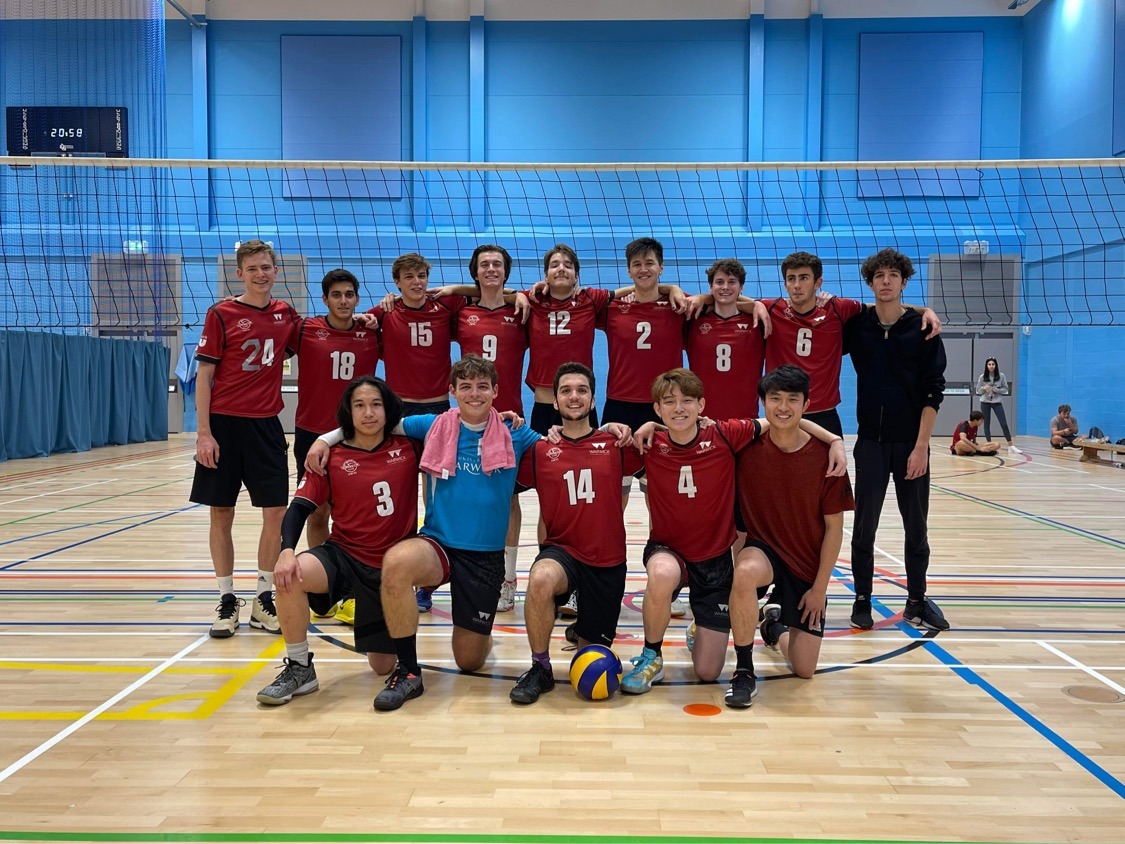 Heading into a tie against De Montfort, within the volleyball world, you always know it’s going to be tough, and so it proved, writes Alex Garratt. The start of the match was tricky for Warwick, as the first point was a service into the net, followed up by a couple of scrappy plays (seeing some net touches, serves out, shanked receives) leaving De Montfort with a clear lead out of the blocks, 8-3.

This trend continued, as a timeout was taken by Warwick at 11-4 to the opposition, an obvious sign that the first set was looking to be an uphill climb. The team had a task ahead of them and needed someone to step up and lead them out of it. Play picked up with a few smart dumps from both teams but it was still not enough.

Warwick were like a fast car with only two cylinders firing, and went down 15-6 in the first set, mostly due to shaky receives. A comeback needed to happen fast; the team was bleeding points, and De Montfort eventually took the first set convincingly, 25-9.

The second set was barely underway before Warwick took another time-out. De Montfort were already 4-0 to the good, with all these points down to service receives. This time-out proved vital, however, as, Warwick finally started to mount a comeback, dragging themselves within two points, at 9-7. De Montfort regained momentum, and once again looked to be pulling away from Warwick before Lev Magda intervened, pulling a monster block out of nowhere and motivating the Warwick team to shift the momentum back in their favour, finally pulling level at 19-19. A huge block and an ace put Warwick in the lead at 24-22, and Alex Adams wrapped the set up with a killer spike through the block, bringing it home at one set all with everything to play for.

Warwick were on fire, and showed no sign of stopping

The third set started in a similar pattern to the second, as both teams refused to give an inch, with the game locked at 2-2 after some killer spikes on both sides of the net. But from here Warwick stepped up a gear, and Matt Archibald took five serves in a row, with De Montfort struggling to handle the pressure. It was now 10-6 to Warwick as their big hits, blocks and serves started to show their point-winning power, but the most important change came from the defensive unit, keeping the ball connected to the attack.

In this topsy-turvy game, however, De Montfort fought back to tighten the game once again. Adams (he’s my number one) started to steal the show, however, with an all-round masterclass pushing through the Leicester-based university’s rear-guard to put the game at 18-16 in Warwick’s favour. With the set 24-22 to Warwick, a timeout is called before the De Montfort serve and the tension was palpable. Two violent spikes from the De Montfort favourite forced a deuce, and Warwick needed a two-point lead to win the set. Some monster attacks from Adams put the game back at 26-27 to Warwick, and there was a float serve, a massive receive and with an invasion from De Montfort, making the third set ours.

From here on in, Warwick took control. De Montfort lost all their composure and started to get very shaky, with invasions, double touches and unforced errors littering their play. Warwick were on fire, and with no sign of stopping. Some good plays put them 11-4 up, as their simple “receive, set, spike” mantra working wonders, as the team began to make it look simply like a warmup. Some solid De Montfort floats in a row mounted the pressure slightly on Warwick, with the scores at 12-8 to Warwick, as they took a time out to prepare for the last few points. Following this, a few incredible plays made it clear that De Montfort weren’t ready to give up just yet, as every point became a battle.

The crux of the game approached, with both teams now out on their feet, and to quote Eye of the Tiger, both teams needed to show ‘the will of the fight’. But it was Warwick who proved they had this will, going 23-20 up, with one more huge spike by Adams bringing the game to a head with a match point. De Montfort held on with, two more points in the clutch, and took the game 24-23. The match was once again all square, but a huge rally, some scrappy sets, and an out-of-nowhere back court attack from Davin Ng, clipping both blocker and defender, sealed the set and the game for Warwick.