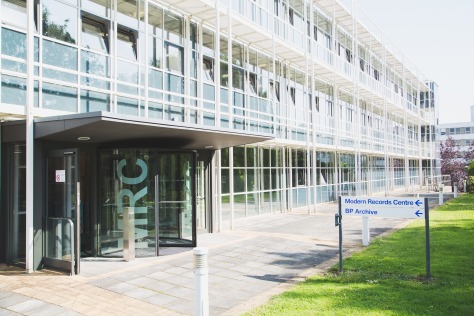 A recently published report by openDemocracy has revealed oil and gas giant BP has been spying on climate campaigners for years, and have shared information with public organisations like the University of Warwick.

By hiring a private intelligence firm, BP have kept surveillance on several campaigners, including Chris Garrard, who works with the Art Not Oil group protesting the benefactory relationship between BP and the British Museum.

The oil giant managed to keep tabs on Garrard over several years, obtaining CCTV images and photos keeping track of his appearance. One memo stated: “Used to have dreadlocks. Now short hair.”

Disturbed by this information, Garrard said: “It’s very murky. Knowing that those CCTV images could be accessed in that way was really concerning.”

BP employed Welund, a private intelligence firm set up by a former MI6 agent, that identifies “politically-based threats” to its clients which includes several Fortune 500 companies.

Reports have said that one of Welund’s senior executives has described the green movement an “existential threat” to the energy industry.

Emails from BP have produced evidence that Welund supplied regular reports on Garrard but Welund has commented that they hold “no personal data” about him.

Philip Evans, campaigner for Greenpeace UK, said: “Reports of this kind of surveillance are disturbing, and show a completely warped set of priorities.”

He added that fossil fuel companies “should immediately stop wasting time and money on greenwashing and monitoring activists and instead throw all their efforts into tackling the climate crisis.”

A spokesperson for BP stated: “We support people’s right to demonstrate peacefully, but have a responsibility for the safety and security of those at our events and it is important to understand any risks.

We have used the risk consultancy Welund to monitor and review material in the public domain such as social media posts that could help us manage these and other risks.”

In 2015, University of Warwick student, Connor Woodman, was targeted with “very discreet security” after requesting access to BP’s archives which are stored on campus.

Internal emails show that a security team was used to watch Woodman both in person and on CCTV.

In collaboration with the University, BP employees shared regular updates about his movements as well as his social media activity.

Woodman was a climate activist within a group named Fossil Free Warwick which aimed to dismantle the relationship between Warwick and fossil fuels.

In a 2015 article for The Boar titled ‘Fossil Free and the future of the Left at Warwick’, Woodman wrote about how the group had successfully managed to pressure the University to divest from fossil fuels.

Woodman went on to state that fossil fuel companies such as BP and Shell are regularly present on Warwick’s campus – for example at careers fairs – and that one can find their names on a list thanking Warwick’s original donor.

Several exchanges between BP and the University have been reported, one from BP stated: “Connor Woodman (the gentleman leading the student campaign on campus) was around the [university archive] a few minutes ago …

“Not implying that this is anything but legitimate, but just wanted to keep you advised of the information.”

A University employee responded: “That is very helpful … [Woodman] is certainly very active at the moment, and think he should be supervised in your archive if that is at all possible.”

Woodman commented on the issue: “This is further evidence that any kind of notion of academic freedom is being increasingly eroded.

“There’s a political and moral question about whether we want universities that have an interest in dampening dissent.

“If we want to protect that liberal idea of academic freedom, then we need to think about massive structural reforms to our universities.”

A University of Warwick spokesperson told openDemocracy that they “do not monitor climate campaigners, but will provide security support if requested.”

They added: “The BP Archive is located in the same building as the Modern Records Centre but is a separate organisation.

“It is not a University-run facility, and access is granted by the BP Archive, who have their own separate staff and security arrangements. Warwick staff have no access to the BP Archives.”