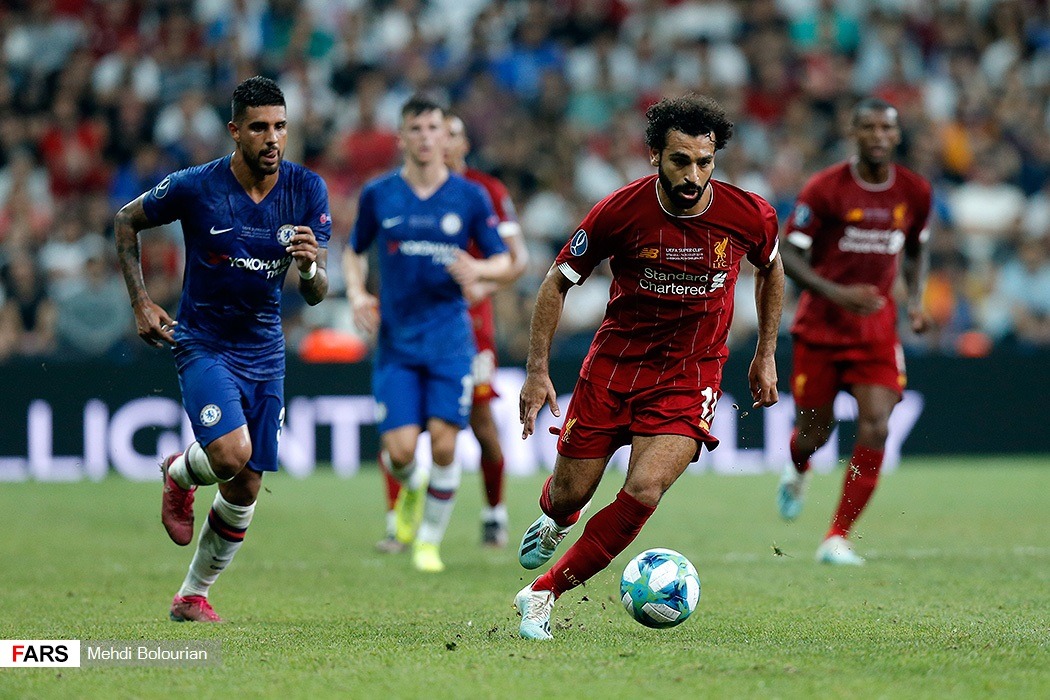 Salah goal leads to comparison with Messi and Ronaldo

In my previous article, I talked about how valuable Mohammed Salah was going to be to fantasy football owners this year. He proved my thesis last Sunday as he scored a clutch goal in the 76th minute to send Liverpool fans into anarchy, with some thinking that would have finished the game, if it wasn’t for Kevin De Bruyne’s even later goal.

Salah’s goal really did have everything. It almost took viewers and fans by surprise as Salah was surrounded by multiple sky-blue shirts. He managed to evade their efforts to dispossess him, weave his way into the box and dance around the remaining Manchester City defenders before rifling the ball past a diving Ederson.

Rather than sparking a conversation over a wonderful Liverpool performance, as they managed to stand toe to toe with Guardiola’s star-studded side, instead it has raised questions over how highly (or lowly) rated Salah really is. As I have already described above, Salah’s wonder goal against City almost sounds like a prime Lionel Messi goal – making defenders look silly before exquisitely putting the ball in the back of the net. Yet, rarely anyone will put Salah on the same pedestal as Messi.

In terms of individual accolades, of course Salah has not won the most prestigious prize in world football – the Ballon D’or. However, in terms of team success Mohammed Salah can certainly keep up. Like Messi, he has won domestically (the Premier League in 2020), as well as in Europe (the Champions League in 2019), and let us not forget Mo Salah’s record breaking year in the 2017-18 season of the Premier League in which he won the Golden Boot award.

I think it is sensible to say that Salah is world-class, but he is not out of this world

In this sense, one could hardly make a distinction between the two in terms of playing style and trophies won. However, one thing that I believe lets Mo Salah down is his ability to win games on his own. You can tell by Barcelona’s current form that they have clearly relied on Messi for their success in the past few years.

One man who we have not mentioned yet either is Cristiano Ronaldo. He, alongside Messi, has dominated world football for the past decade and more. Similar to Messi, Ronaldo can win his team a game single handedly. This was seen last Thursday night as he sent Manchester United fans wild with his stoppage time winner against Villarreal. This came despite United’s lackluster performance. Does Salah possess the quality to win Liverpool games on his own? I’m not so sure.

Furthermore, we haven’t even considered international football here. Up until Messi winning the Copa America earlier this year, many would argue that Ronaldo was better since he managed to prove himself on the international footballing stage. What has Salah done for Egypt? Granted we must remember that Salah does not have the same footballing talent surrounding him in Egypt as Ronaldo and Messi do at Portugal and Argentina but until Salah wins something with Egypt, proving how truly great he is as an individual player, he may reside on the same tier as players like Lewandowski – great for their club, but do not have the ability to win games on their own.

In that respect then, I think it is sensible to say that Salah is world-class, but he is not out of this world like Cristiano Ronaldo and Lionel Messi.