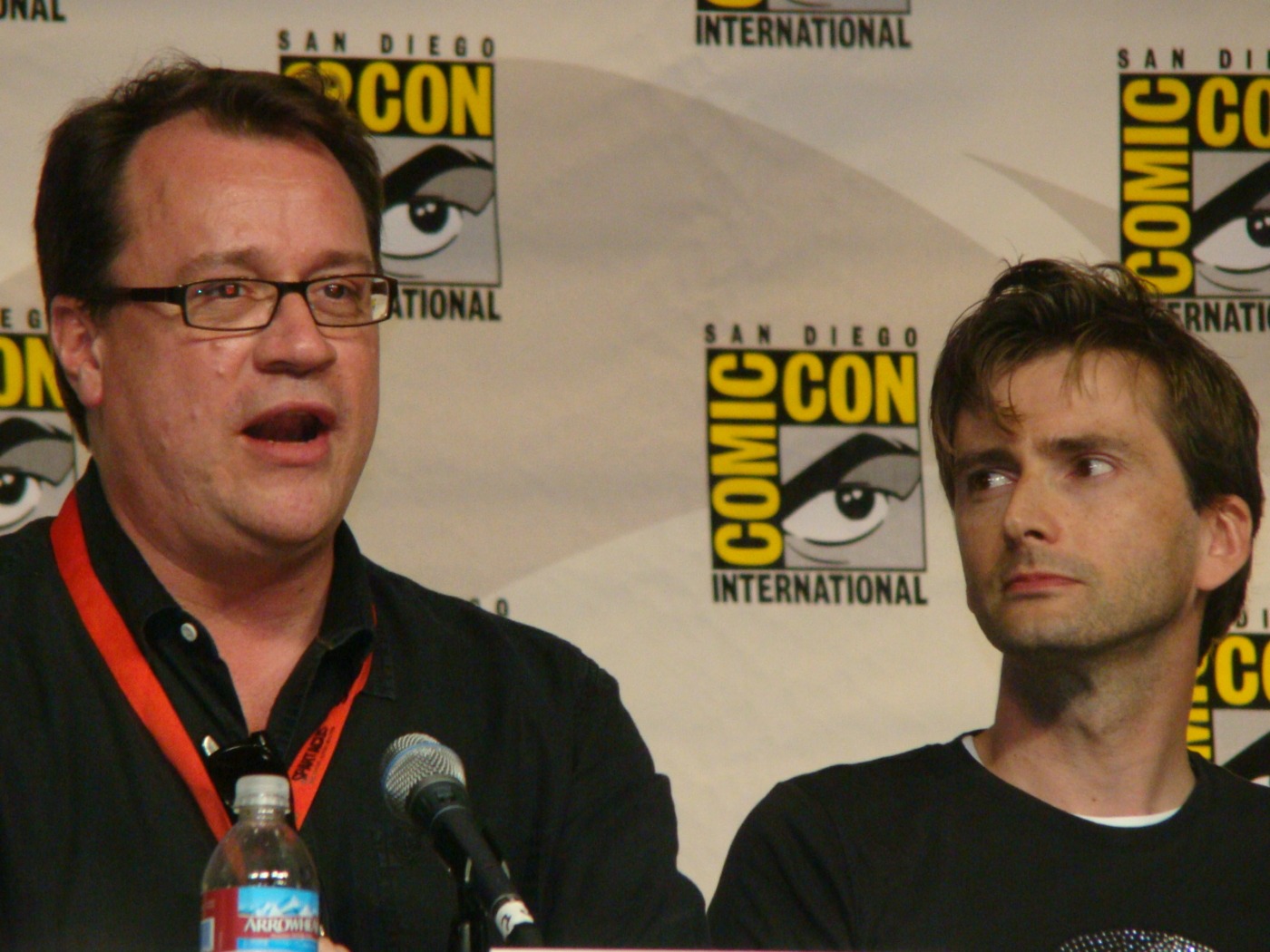 He’s back. It’s the return of the king. As I strolled around a seaside car park yesterday my phone began to explode. Multiple friends were messaging me, breaking the best news of the 21st century. Russell T. Davies is back. He will succeed Chris Chibnall to become the next Doctor Who showrunner.

I want to set the scene a little: when Russell T. Davies was last in control of the show, Doctor Who was my world. These were the days I watched the doctor (my doctor) outsmart alien gangster capitalists, depose multiple power-mad Prime Ministers, vanquish shadows that melted human flesh, and literally destroy the devil. Crucially, the 900-year-old Time Lord did all of this in-between trips to mundane British neighbourhoods. Whether it was Rose Tyler’s council estate, Donna Noble’s street in Chiswick, or Martha Jones’ cramped upper-floor apartment, Russell T Davies’ Doctors found their second home in the residences of Brits that struggled to make ends meet.

The glory days saw Christopher Eccleston’s doctor decked out in a leather jacket, David Tennant’s doctor rocking Converse, and companions who looked like they just walked out of a sale at H&M. The focus was on real drama, real life, the ordinary, and the everyday. This era of the show understood the formula that made Doctor Who a worldwide phenomenon: the magical juxtaposing the mundane.

The show’s ultimate icon is the blue police box. In 2021, we’re used to seeing this object as strange and fantastical, but in the early 1960s a police box was seen as commonly as a lamppost or a bin. The idea that such a normal structure could open up to reveal a time-travel machine from an alien civilisation was nothing short of revolutionary. Throughout the original run of Doctor Who, the show thrived on the subversive thrill of throwing an alien menace onto the British high street. Killer robot yetis stalked the London Underground, Daleks rolled along Westminster Bridge, and murderous mannequins burst out of shop windows.

A devout fan of Britain’s biggest ever sci-fi success, he approached Doctor Who not as a dated novelty, but as a terrain for gritty drama, passionate politics, and acidic satire.

No producer has ever had a better grasp of this than Russell T. Davies. Before he helmed the 2005 revival of Doctor Who, he had made critically acclaimed dramatic series such as Queer as Folk and The Second Coming, dramas that explored homosexuality, religion, and class. A devout fan of Britain’s biggest ever sci-fi success, he approached Doctor Who not as a dated novelty, but as a terrain for gritty drama, passionate politics, and acidic satire. His two doctors were more human, emotionally available, and outwardly romantic than any that had come before, yet they still possessed an ethereal aura of mysterious power. Davies’ villains weren’t cardboard cutout robots or half-baked alien overlords – they were fully fleshed out characters with all too recognisable motives.

Think of Simon Pegg’s Editor in the series one episode ‘The Long Game’. He was a banker with a vested interest in broadcasting anti-immigrant propaganda to prevent the progressive development of humanity. Think of the Daleks in Eccleston’s swansong ‘The Parting of the Ways’. These weren’t just death machines, they were religious fundamentalists, killing for the glory of their emperor-god. Think of the humans in the unbelievably polished episode ‘Midnight’. They were normal people with families who became murderous and xenophobic when cut off from the rest of society.

Russell T. Davies applied his skill at exploring societal ills to Doctor Who. A show once (unfairly) lampooned as a tacky throwback to an age of British cultural poverty was revived with the respect and integrity that it deserved. Under Davies, Doctor Who became a work of conceptual populist art enjoyed weekly by millions of people. Those who didn’t have their childhoods between  2005 to 2010 may find it hard to believe how  much of a cultural behemoth Russel T Davies’ Doctor Who was. It spawned two immensely enjoyable spin-offs (The Sarah Jane Adventures and Torchwood), flooded toy shops with plastic figures, and became the only show on Earth that could enthuse a 5-year-old and a 50-year-old with the same passionate enthusiasm.

It was the small realistic details that gave Russell T’s Doctor Who its satisfying edge of verisimilitude.

Though this is not to diminish the efforts of Davies’ successors. Steven Moffat was (and remains) beloved by many die-hard Doctor Who fans, and Chris Chibnall is wholly undeserving of 98% of the criticism thrown his way. In truth, Chibnall’s new era with Jodie Whittaker’s Doctor brought me back into the fandom after years spent outside the Whoniverse during the Matt Smith and Peter Capaldi years.

If I was to provide one crucial criticism of the Who of 2010-2021, it’s that the show habitually got the magic formula wrong. I never felt the reality of the Britain that Capaldi and Smith’s doctors strolled through. The streets felt a little too clean, the villages looked like they were in commercials for Fairy liquid, and every single house looked like David Cameron could be living in it. I missed Rose Tyler’s council estate.

It was the small, realistic details that gave Russell T’s Doctor Who its satisfying edge of verisimilitude. The houses were messy, the streets were dirty, and you had the sense that every companion was behind on their rent. In the episode ‘The End of the World’, the Ninth Doctor and Rose stand together on a street corner and soak in the ambience. They see a man selling the big issue, feel the buzz of a London crowd, and smell the oily chips being served in a shop just down the street. I cannot tell you how happy it makes me that this sense of reality may be back once more.

With Russel T Davies set to return, fresh from creating some of the greatest shows of the last decade (It’s A Sin, A Very English Scandal, Years and Years) the future looks brighter than ever for the world’s longest running sci-fi show. Start counting down the days.