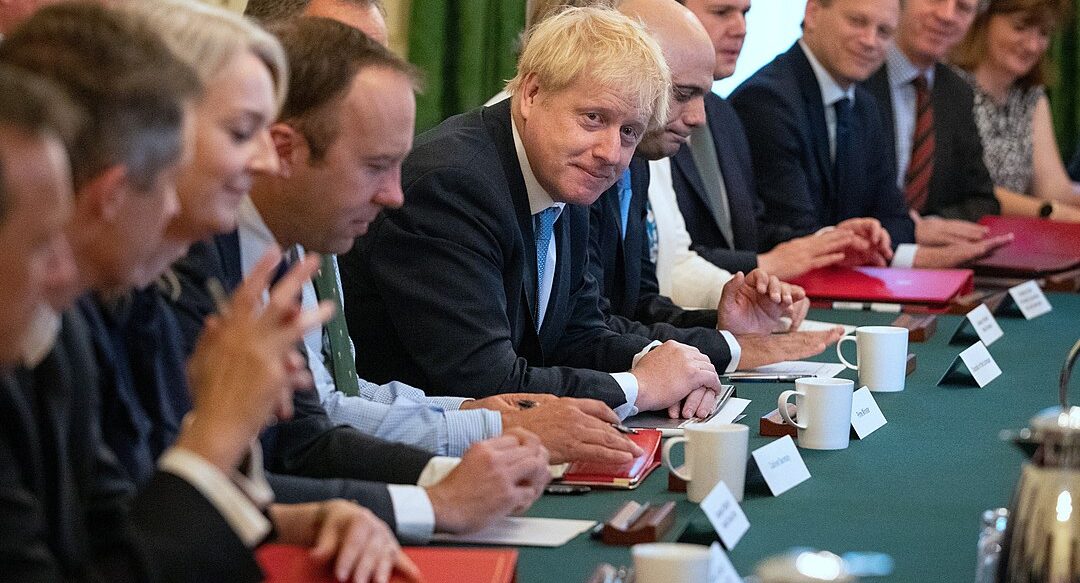 The Conservative cabinet reshuffle took place on the 17th of September, with very few new political voices breaking onto the scene and a sustained dependency on mercilessly dragging out the beaten corpses of the current cabinet. We must not forget that there are some controversial Bills being run through the Houses at the moment, so it’s important to question the real justification behind this reshuffle. The new figures brought forward aren’t particularly impressive or groundbreaking in the roles they have been bestowed with. This analysis will explore why this cabinet reshuffle, as interesting as it may seem, is utterly irrelevant.

I’ll begin with a victory – Gavin Williamson has been removed from the role of Education Secretary. This comes a year and a half after threatening to sue schools who wanted to close prior to the national lockdown. The reliance on Ofqual as a widespread grade prediction system meant thousands of low-income students suffered detrimental hits to their final grades, whilst privately educated kids were able to glide through to university. It was a system built on the postcode lottery. More recently, when asked about ventilation in buildings by the shadow universities minister, Matt Western MP, Williamson relied on the success of the vaccination rollout rather than answering the actual question. He did this for the vast majority of questions that highlighted serious risks to young children and adults in education. He has been replaced by Nadhim Zahawi, the co-founder of YouGov and former secretary of vaccination rollout. He appears to be well-experienced, but time will tell on how receptive he is to the needs of teachers and students.

Dominic Raab continues to linger, despite his indifference towards abandoning Afghanistan at a pivotal point in Western history of occupation, essentially rendering the past few decades as a waste of time, money, and civilian sacrifice, from both our country and on the ground. He is now the justice secretary and I can’t quite tell if this is a joke or not.

Another update to the cabinet is the employment of Liz Truss as foreign secretary. Truss still maintains the role of the Minister for Women and Equality, all whilst holding some questionable views about the LGBTQ+ community, causing multiple government advisors to resign. Her appointment as foreign minister comes at a time of tense cross-border relations, as Australia abandons the French for AUKUS, a Canberra, Washington, and London alliance. The question to be asked is which role she’s willing to place on the sidelines, and it’s not a particularly tricky one to answer.

A few more laughable appointments include Nadine Dorries as the culture minister. In 2017, Dorries tweeted, “Left wing snowflakes are killing comedy, tearing down historic statues, removing books from universities, dumbing down panto, removing Christ from Christmas and suppressing free speech. Sadly, it must be true, history does repeat itself. It will be music next.” In 2013, she said “apparently I’m racist because I think Chuck Umunna looks like Chris Eubank? What would I be if I said he looked like someone who was white?”. She’s also been a fan of Tommy Robinson, and suggested that rigged voting in Muslim communities was ‘commonplace’. Ultimately, she’s a dreadful person to have on the senior cabinet, and as culture secretary, no less!

While I don’t have much hope in the Tories, I will admit I had some faith that Patel would be forced to resign. She was recently accused of holding business meetings without civil servants present again, despite being forced to leave office for the same issue in 2017. She has a track record of bullying her staff, has presented and forced through draconian Bills in the Commons, and is generally a walking contradiction of internal anguish. Ultimately, and while we must hold political actors to account, we must remember that it is overriding conservative policy that is tearing this country apart.

This reshuffle is not about improving the lives of the many, nor is it even about winning the next election

Whether it be a further decline in education funding, or understaffing the NHS and surrounding care services, or generally reducing funds for local councils and constituencies – the Tories are draining our public services of life and resources, squeezing families back into austerity.

This reshuffle is not about improving the lives of the many, nor is it even about winning the next election, it’s a distraction aimed at steering our attention away from the important statutory reconfiguration at play. There are Bills being rushed through the houses that are detrimental to impoverished and marginalised communities, ushered through on the basis of ‘reducing’ economic volatility in a time of international crisis. While the Tories will frame this as an essential boost to economic growth, it is, more so, a brief pique in the never-ending trough we have been driven down since Cameron came into power.