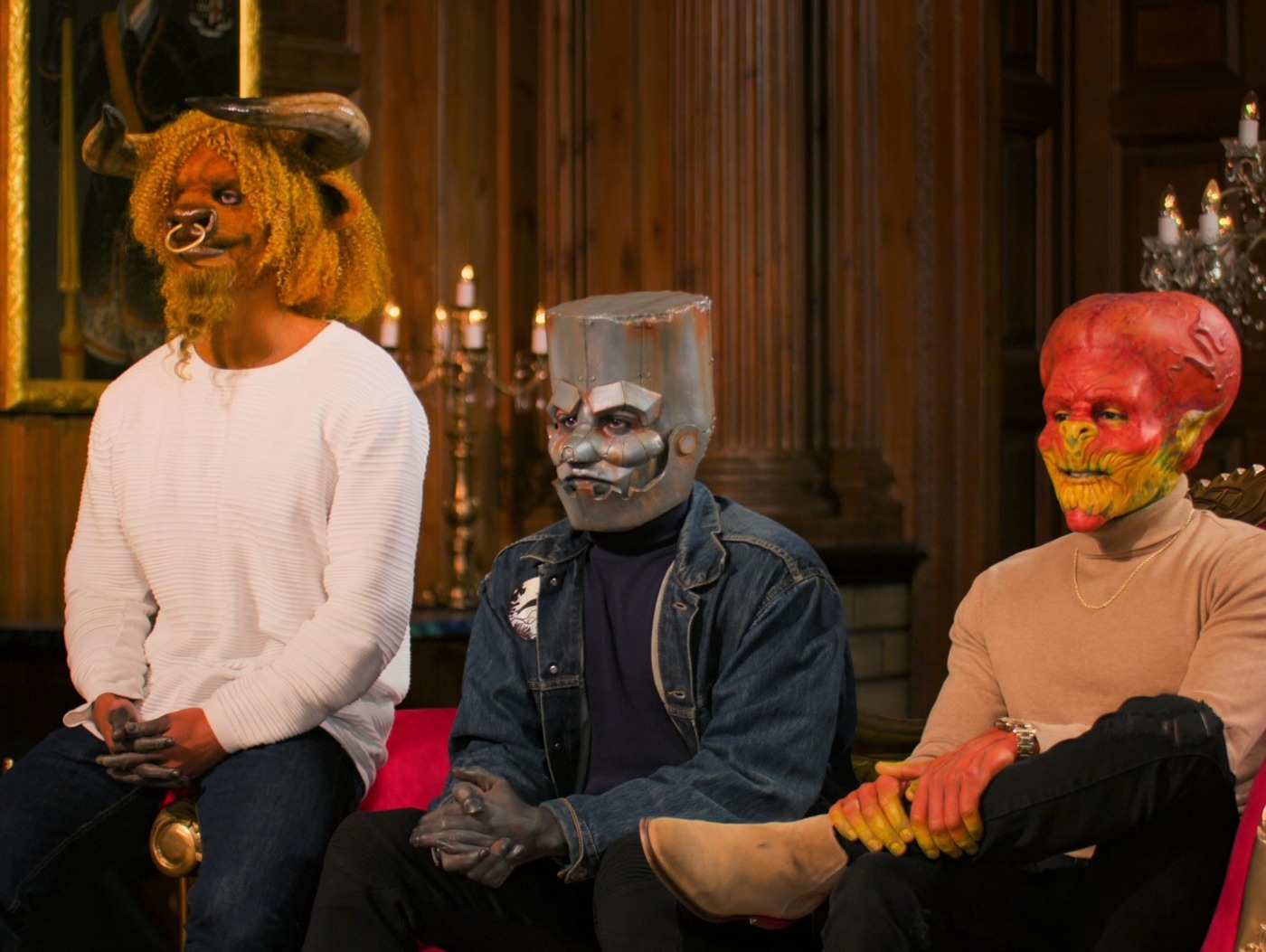 Reaching the limit with dating shows

Dating shows! Love Island (of course), Naked Attraction, First Dates, First Dates Hotel (for some variation), Dinner Date…the list goes on, seemingly forever. Why are there so many of them? What’s the appeal? Arguably there’s a heartwarming explanation – maybe people like watching others fall in love. Or perhaps they’re more of a way to watch people embarrass themselves and feel a little better about our own lives. Whatever the reason, there’s clearly an audience for these shows, as new variations pop up every few weeks. But have we reached the limit of dating shows in all their iterations? Maybe it’s time to stop now. Or maybe it’s time to watch people attach high quality prosthetics to their faces in order to find love!

Multimedia version can be found here!

The first episode of Netflix’s new American dating series Sexy Beasts introduces us to Emma, a “six foot tall model from New York”, who is “tired of guys only noticing the way she looks”. What a burden, to be attractive and have people recognise that. Poor Emma. The show seems to do this a lot, undermining most of the jeopardy of the concept. Whilst the focus is meant to be on personality, when couples are revealed to each other sans masks to be conventionally attractive, it’s very unlikely that they won’t be attracted to one another. As potential suitors are kicked out, their faces are revealed, walking out in front of the main contestant and their remaining possible partners to be judged like a prize pig. Again, this supposedly non-objectifying show reverts to traditional objectification.

The worst – or perhaps the best – parts of dating shows are the stupid conversations people have with one another as they desperately try to create a connection.

Another element of dating shows which bemuses me is the fact that people travel so far to participate. In the first episode of Sexy Beasts, two of the three suitors are British. What compelled them to go so far out of their way to be smothered by prosthetics and embarrass themselves on a global platform? Especially in light of the plethora of shows in this vein in every country, to go abroad to take part seems a little pointless. This is even more baffling when the payoff is so small. Contestants on shows like Love Island get at worst a holiday and at best £50k, whilst on Sexy Beasts the prize is a chance at love, or some approximation of it.

The worst – or perhaps the best – parts of dating shows are the stupid conversations people have with one another as they desperately try to create a connection. One of my favourite moments from Sexy Beasts was a discussion about personal interests (these ‘getting to know you’ conversations are often comically similar to job interviews), where one man expressed an interest in “culture”. He wants to “see the culture”, because he “loves it” – if he goes to Italy, he wants to have pasta rather than a burger. What inanity.

How many different ways are there to pair people up?!

A few days ago I was browsing the ‘take part’ sections of TV channel websites, and the number of dating shows available to sign up for is, quite frankly, insane. How many different ways are there to pair people up?! Whether it’s going out for a simple meal or being locked in a remote cabin for weeks, producers seem intent on finding as many ridiculous ways as possible to manufacture a spark between what they call “singletons” (a nausea-inducing term). Another popular casting call requests “sexy singles”, which makes me wonder how criteria for these shows are established. Are there panels out there looking at photos and sadly shaking their heads when a potential contestant is just not quite sexy enough? What are the qualifying factors here?

There are a lot of dating shows out there, possibly too many. But it’s impossible to deny their appeal, whether they’re being watched in earnest or ironically. Maybe my slight hatred of them is just thinly veiled jealousy of people finding love, but I do think there’s a chance that we’ve created every conceivable version of dating shows now. Maybe it’s time to put away the mindmaps and just stick with the successful show formulas we’ve already got.