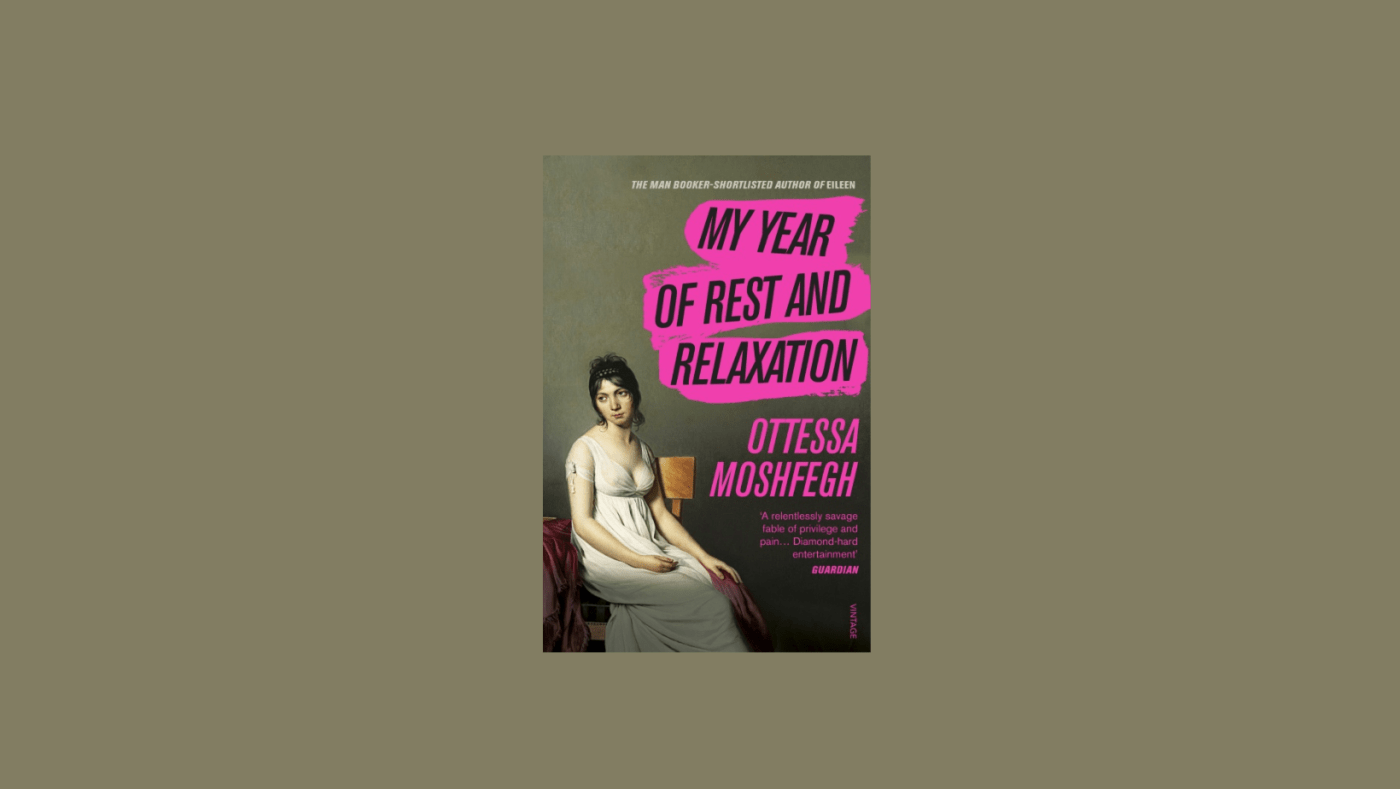 I didn’t think that I would ever be able to relate to Ottessa Moshfegh’s protagonist in My Year of Rest and Relaxation. She’s a 27-year-old Columbia graduate/socialite (of sorts) in new millennium New York. I’m a 20-year-old student journalist trying to pass my degree in a small town in the Midlands, 21 years later. But weeks ago I had frenzied dreams, my days blurred into one another, and was overwhelmed by a desperate, desperate desire for sleep, much like Moshfegh’s narrator.

Except my ordeal was from my body fighting off Covid, whereas Moshfegh’s character inflicts this misery upon herself. Running on a cocktail of drugs, the character takes us deeper and deeper into her plan to sleep for a year to heal herself from the traumas of her past.

Moshfegh’s work has always been well praised, with her debut novel Eileen nominated for several awards. Despite being published back in 2018, My Year has since been scooped up as one of the darlings of ‘booktok’ – the community of book lovers on TikTok – and has subsequently branched out to a younger audience.

Her subconscious takes charge, and causes the exact emotional confrontations that the character is wanting to avoid

In this second novel, Moshfegh takes us back to 2000, a year most of us don’t remember or weren’t even alive for. Kate Moss heroin chic is the style, and the book is set in a time when feminist was still sort of a dirty word, using gay as an insult was perfectly acceptable, and the Twin Towers were still standing.

Our nameless character – protagonist doesn’t feel like the right word in any sense, she is far from a hero – lives off her inheritance on the Upper East Side of New York. Privileged in society in almost every way, she is still emotionally overwhelmed enough to decide to sleep for a year, hoping to be reborn. But this journey is far from a peaceful slumber into the next year. Her subconscious takes charge, and causes the exact emotional confrontations that the character is wanting to avoid.

Surrounded by an odd ensemble, our main character’s life isn’t as solitary as she makes it seem. Her eccentric and highly dangerous psychiatrist, an envious college best friend concerned for her wellbeing (think Gossip Girl’s Blair and Serena’s vibes), a fuckboy ex, an experimental artist, the ghostly memories of her dead parents, and the Egyptian men at her local bodega fill the lucid moments our socialite experiences. Our lead character is snide, cold, and a pathological liar, written to be darkly humorous enough to offset her general unpleasant demeanour.

A spoiled, troubled socialite living out an experience that is both horribly destructive and economically unfeasible for most kept me entertained for four days

Despite how unlikable she is, our narrator’s story resonates in the era of a mental health crisis. She plays both patient and psychologist, deciding what will heal her, entirely unaided by professional help (her psychiatrist is out of the picture due to the narrator’s constant lies). This is a tale for many in the present day who have to manage their mental health problems alone, as services are stretched beyond their limits. Moshfegh doesn’t guide the reader to a decision on whether you can be both the ailed and a healer, but seems to pose the question ‘is this era of self-soothing and self-care leading us down a slope where we could cause ourselves more harm?’ Are we all just performing self-destruction in the guise of self-care?

Along with this, Moshfegh is excellent at making anything that should be unbearable become completely captivating. A spoiled, troubled socialite living out an experience that is both horribly destructive and economically unfeasible for most kept me entertained for four days. I could not put the book down – I even read it at midnight on my way back from a bar.

My Year of Rest and Relaxation is a tale that sounds like anything but a fun read, touching on triggering topics and a character who is neither relatable nor likeable. But, through her excellent writing, Moshfegh reels you into a world so far from our own, keeping it stuck in your mind for weeks.