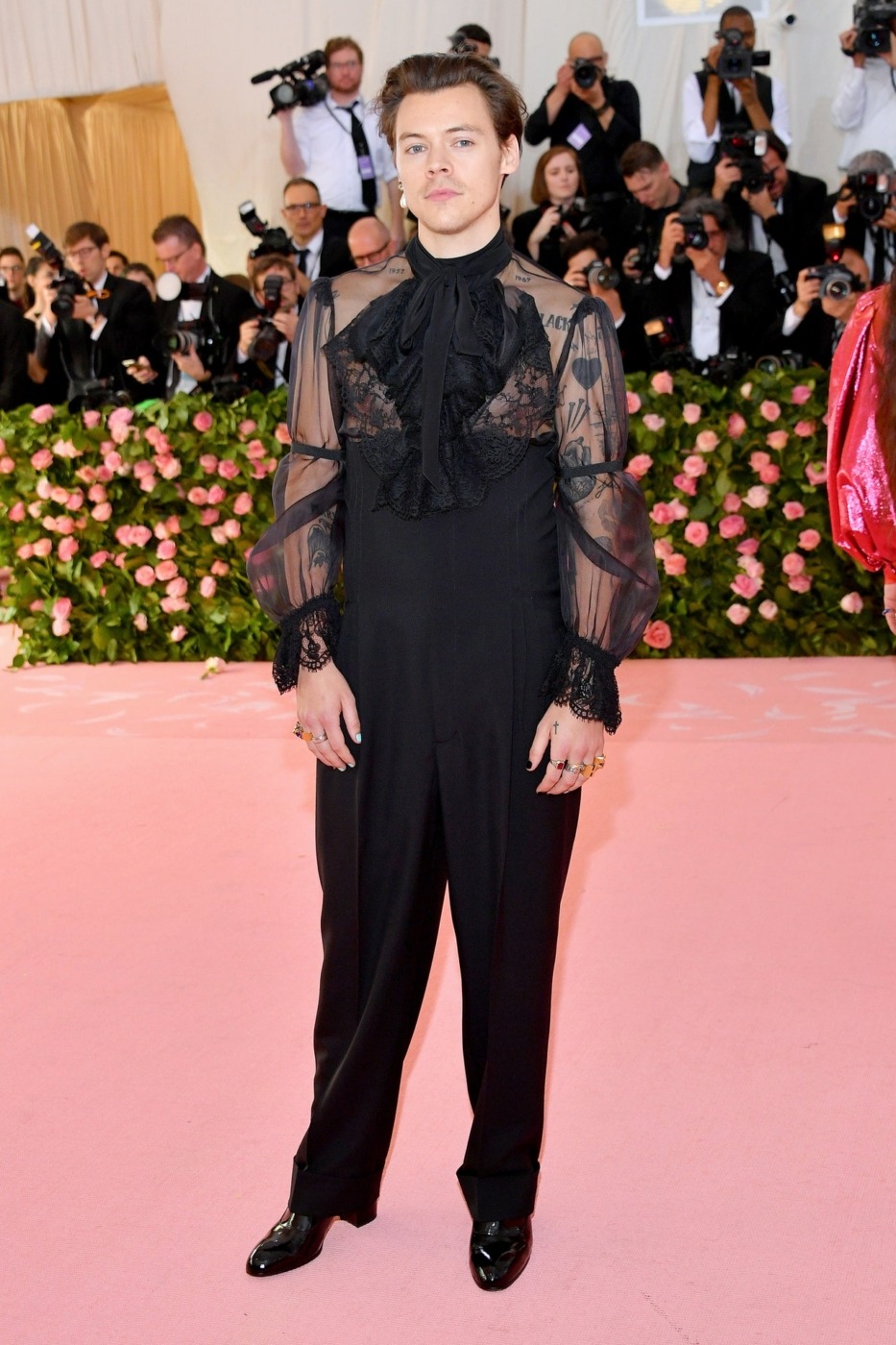 What is the future of menswear?

After the news of the V&A Museum’s ‘Menswear Fashion Parade’, questions of the future of menswear, and what menswear fashion means in the 21st century, have been brought to the surface. Menswear fashion, nowadays, is not just as plain and simple as a suit and shirt, or a top and jeans. It is no longer black and white. Fashion creatives and designers have been pushing boundaries, and have created an unprecedented moment for creativity in menswear fashion. Gender is no longer a major role in fashion, as these barriers and parameters are being transcended, revealing a whole new artistry and diversity of what it means to be male, and what it means to look like, and dress, as a male.

The exhibition, opening March 2022, will look deeper into the styling, artistry, diversity and depiction of masculinity. It will include looks from top designers, including Gucci and Harris Reed, and also looks from Harry Styles, David Bowie and Sam Smith. The exhibition will showcase possibilities of what masculinity is, what masculinity can be, and what masculinity should be. It will include around 100 looks depicting masculinity from three main angles: Undressed, Overdressed and Redressed. Undressed represents the art of masculinity through the male body and underwear, Overdressed looks at elite menswear reimagined, and Redressed identifies how a suit doesn’t conform to just a man. The exhibition will mainly set out to achieve one main thing: to show the audience that menswear isn’t just what’s inside the box and that attitudes and styles are changing and developing with the times.

The artists they have chosen to include signature looks from all have one thing in common: they don’t associate gender with clothes. David Bowie, Harry Styles and Sam Smith are all pioneers not only in their music and beliefs but also in how they dress and appear. They are all seen as ‘queer’, ‘quirky’, and ‘different’ based on not only how they dress, but also how they present themselves. However, I don’t believe they should be depicted like this, as who is to tell them that how they dress is wrong, or weird. They are wearing what they feel comfortable in, and should not be judged or criticised because of this. If they want to wear makeup, who has the right to tell them no, because ‘men don’t wear makeup that is only for girls’. Welcome to the 21st century! This is the time and space where masculinity and menswear fashion is merely a concept ready to be reimagined.

Harry Styles took the concept of a suit that is stereotypically associated with the male gender and revamped it to suit his own style, and preferences.

Harry Styles, one of the leading pioneers in breaking boundaries for menswear fashion, is someone who is not afraid to express himself through what he wears, which is perhaps what makes him so current and popular. I feel that it is not only his music that makes him stand out, but it is more his looks, his outfits, and his fashion that make him so appealing. While, yes the majority of his fan base is women, he has had an astounding impact on everyone and has raised the question multiple times of what it means to be a masculine figure nowadays. Styles answered this question throughout his tour, ‘Live On Tour’, where he wore elaborate and breath-taking looks. Every show brought a different outfit, and all outfits were centred around the idea of a suit. The suits ranged from different colours to different patterns, and different, more feminine, silhouettes. He took the concept of a suit that is stereotypically associated with the male gender and revamped it to suit his own style, and preferences.

However, his tour outfits were only the beginning for Styles and the message that he wanted to share with the public. The first, more radical and public, outfit that he used as theatre to once again raise the question of masculinity, was at the 2019 MET Gala where he wore a bespoke Gucci outfit consisting of a sheer, frilled black blouse, and black tailored trousers. Styles’ creativity when it comes to his own fashion allows him to be playful, not only with materials and the piece itself but also with the depiction he gives of himself. He plays around with the idea of gender in clothing a lot, creating the most unexpected and ‘wow’ looks.

Styles’ creativity when it comes to his own fashion allows him to be playful, not only with materials and the piece itself but also with the depiction he gives of himself.

However, sometimes this can have a negative backlash, which was seen when Styles wore a dress on the cover of American Vogue in December 2022. He is not afraid to be experimental with his fashion, and will happily push the boundaries of gender-fluidity and gender dressing as a result of it. He made history with this cover, as not only was he the first male to be on the cover of Vogue, but he was the first male to wear a dress. However, whilst the cover was popular to millennials and Gen-Z fans, to older generations it was depicted as ‘wrong’ and ‘confusing’. Conversations were sparked about what it takes to be a man, and how men were becoming less manly as time went on. Styles’ desire to be photographed in a dress created the space for these conversations to occur and to get people thinking about gender in fashion. He didn’t want it to be a radical piece of art, yet he didn’t want it to be accepted by everyone in society.

The idea of dressing beyond the binary is not something that should be a new concept to people. The V&A exhibition makes a point of this, as it not only highlights, but more importantly celebrates this, and the inclusion of self-expression being at the forefront.